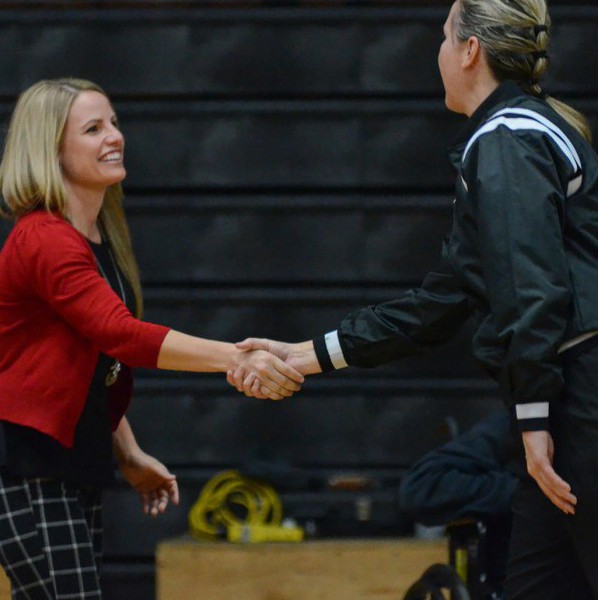 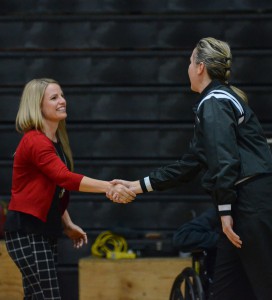 What do you think is the most important thing for a student-athlete?

“I think understanding the commitment it takes to be a student-athlete and just a balance of time. Your academics and your sport take up a large amount of your life and I think being able to prioritize it all.”

“My head coach Mike Thornton. I played for him for two years and was an assistant coach to him for five years, he is like a father to me.”

Prior to beginning her coaching career, Marshall was a starting point guard for Coach Thornton’s Orange Coast College. Captaining the team in her sophomore season, the Pirates won the CCCAA State Championship.

What’s your background coaching experience before getting to Palomar?

“I was an assistant at Orange Coast College for five years, then was a head high school coach for two years in Orange County (El Modena High School). This is my 13th year coaching.”

What do you think is most important thing for your team/ for playing the sport?

“I think we always emphasize working hard all the time. What I want for them to take from Palomar is how hard you have to work to get something you want. It’s not going to come easy and nothing in life worth having comes easy.”

Do you have any coaching superstitions?

“Yeah I have quite a few, I’m not going to tell you what they are. Unfortunately last year eating ice cream the night before a game, but I have changed that superstition.”