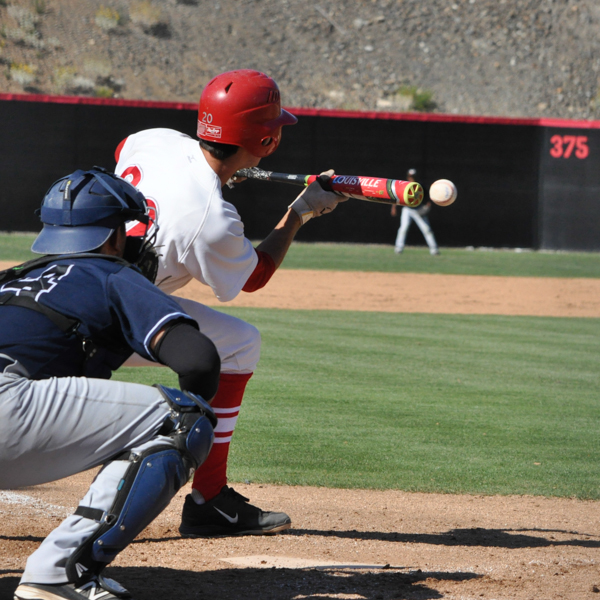 After shutting out the Mesa College Olympians 7-0 on Thurs. March 24 at their home field, in the Fri. March 25 game at Palomar College Ballpark the Comets came out strong with the bats in the second inning, launching two solo home runs by sophomores Nashea Diggs and Dylan Breault.

By the end of the 4th inning, the scored was tied up at 3-3. From then on, it was all Comet baseball. Right handed pitcher Connor Stotz came in and pitched the remaining 4 innings, allowing no runs and only two hits.

The 7th and 8th innings consisted of an onslaught of base hits by the Comets. Pinch hitter Joel Mitchell, batted 2 runs in, Casey Henderson went 2-4 with one RBI.  Mesa was unable to mount a comeback as Palomar went on to win 9-3.

Palomar has now won 4 of their last 5 games and look much improved since their early season slip-up. With 11 games remaining until playoffs the Comets will look to continue their hot streak. Their next home game is Sat. April 2 vs. Mt San Jacinto at noon.