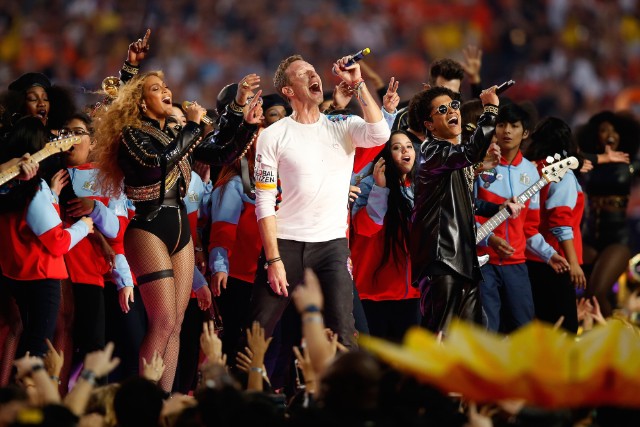 Shut Up and Sing

The stage for entertainment has become more than just a platform for artists to showcase their talent. Hollywood entertainers are using the stage as their pulpit in order to send an unbridled, uncensored and uneducated message to an audience too naive to discern truth from opinion.

She and her dancers were clad in tight, black leather body suits, fish-net stockings and black bands around their thighs. Beyonce and her backup dancers paid tribute to the radical civil rights group known as The Black Panthers.

However, celebrities like Beyonce are not qualified to be in the political arena acting as politicians and by speaking to the lives and minds of young audiences.

Beyonce was invited to perform before an audience who were there to be entertained while watching the biggest football game of the year.

They weren’t there for a history lesson or to be insulted. She took the opportunity to use the stage to promote her own agenda.

Without the advantage of a college education or service to her country she does not deserve to speak into people’s lives about the real history of those whom she defies.

Beyonce glorified what former FBI president J. Edgar Hoover called “the greatest threat to the internal security of the country.”

Founded in 1966, the Black Panthers are a U.S. African-American militant party, originally aimed at armed self-defense against the local police.

However, over the years, the party grew to espouse violent revolution as their main means of achieving black liberation.

In the time that this country needs to heal from violence against all people, her message glorifies anarchy and defeats all efforts for a unified people.

Although Beyonce touts herself a staunch liberal, supporting big government, her tribute to the Black Panthers and their anti-government activity reeks with hypocrisy. This pop star has decided to select the times when big government works for her.

Adding insult to injury, prior to her performance she demanded a police escort to the stadium, then proceeded to insult her protectors through her performance by slapping down the government and the police force.

Moreover, Beyonce, an advocate for feminism and women’s liberation, failed to inform her audience that The Black Panthers were a misogynistic, male-dominated group that frequently hired pimps and prostitutes – the ultimate exploitation of the women whom she professes to support.

“Artists” such as Beyonce demand equality and respect by the male population, but find no problem with the provocative and sensual attire and sexual dance moves that do more than speak a message of respect for women.

How can she reasonably expect men to accept and respect women as more than just sexual objects if she presents herself as one?

Many Americans were outraged with Beyonce’s performance. The day after the Super Bowl, hundreds gathered outside the NFL Headquarters in New York City to peacefully protest and express their outrage against the NFL’s decision.

The event description read “Join us as we demonstrate on the block of the NFL Headquarters building. Are you offended as an American that Beyoncé pulled her race-baiting stunt at the Super Bowl? Do you agree that it was a slap in the face to law enforcement? Do you agree that the Black Panthers was/is a hate group which should not be glorified? Let’s tell the NFL we don’t want hate speech & racism at the Super Bowl ever again!”

Beyonce wanted to support a group that stood against anti-racism, and yet the performance was racist in its self.

Americans need to wake up from their naivety and stop allowing propaganda to replace pure entertainment.