‘Spring Awakening’ blossoms at the Brubeck 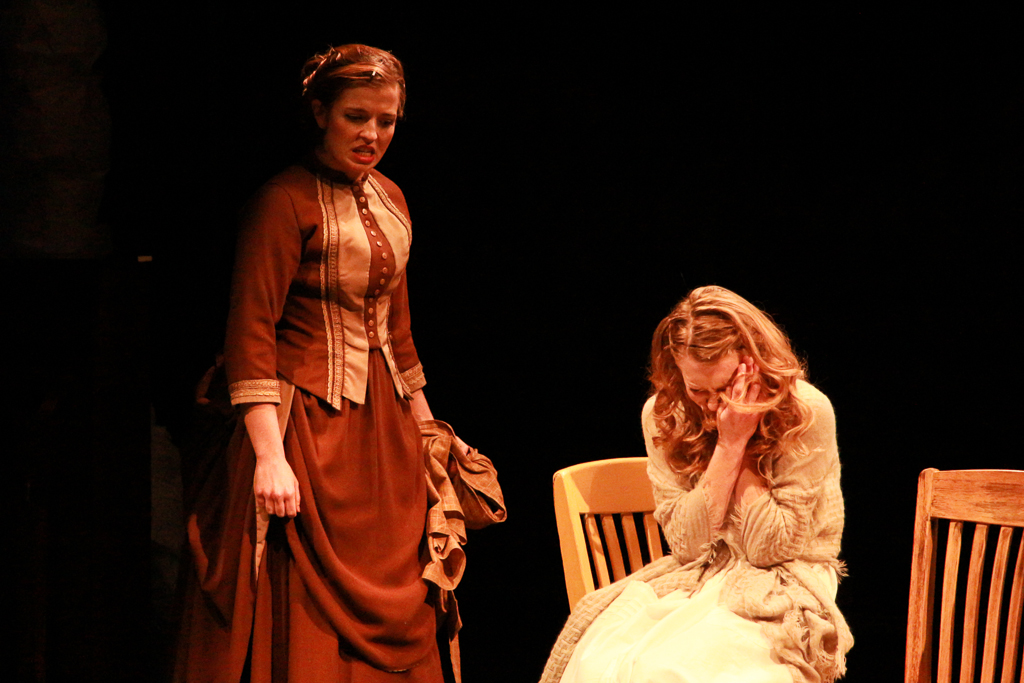 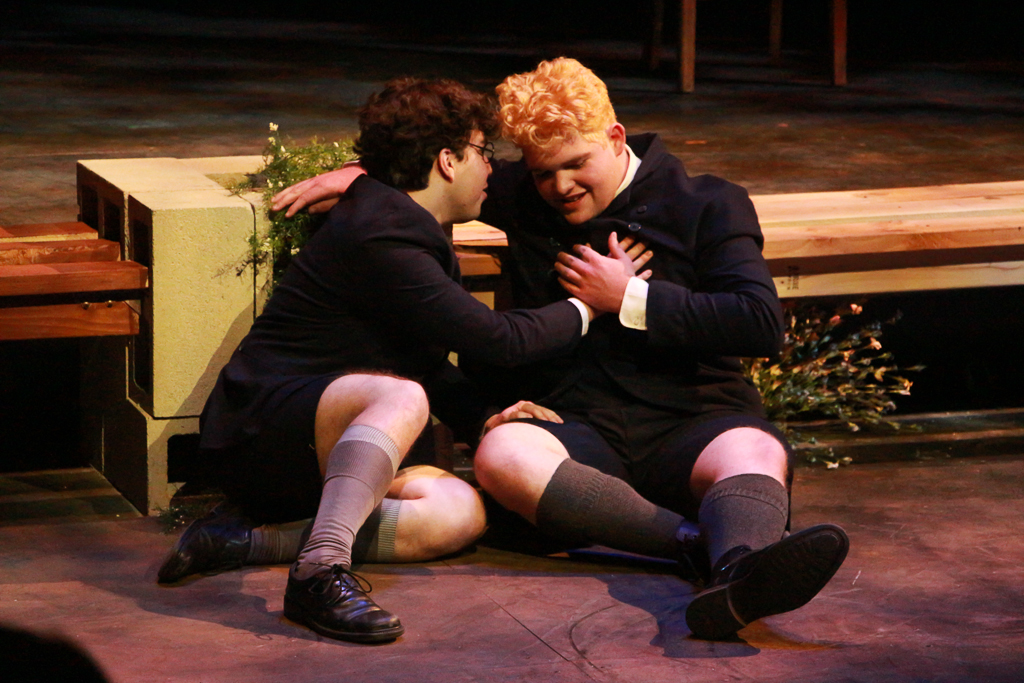 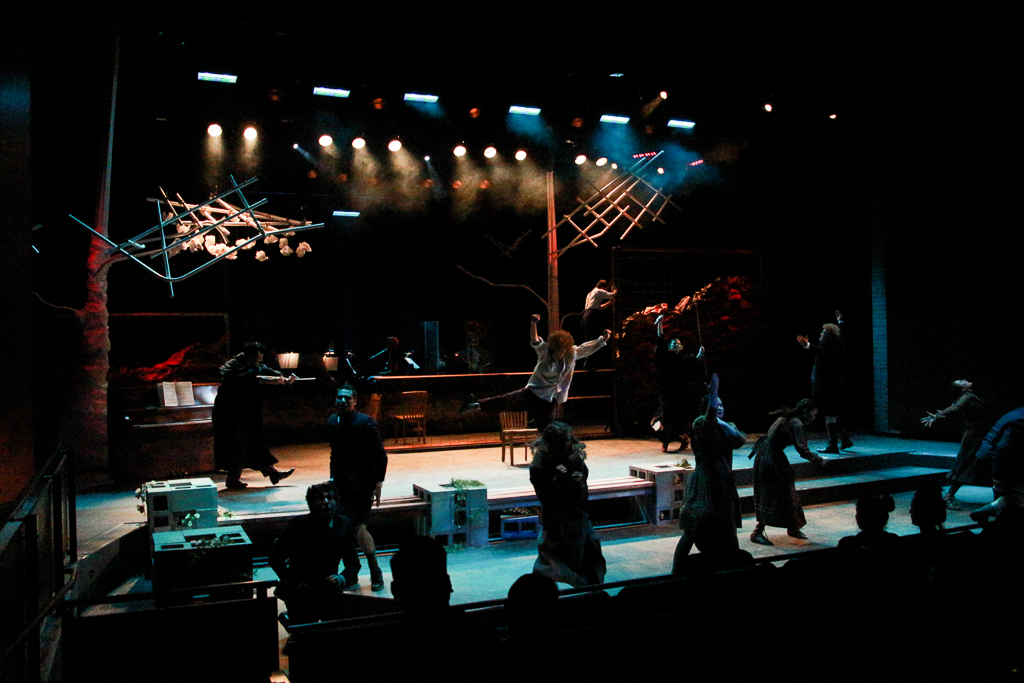 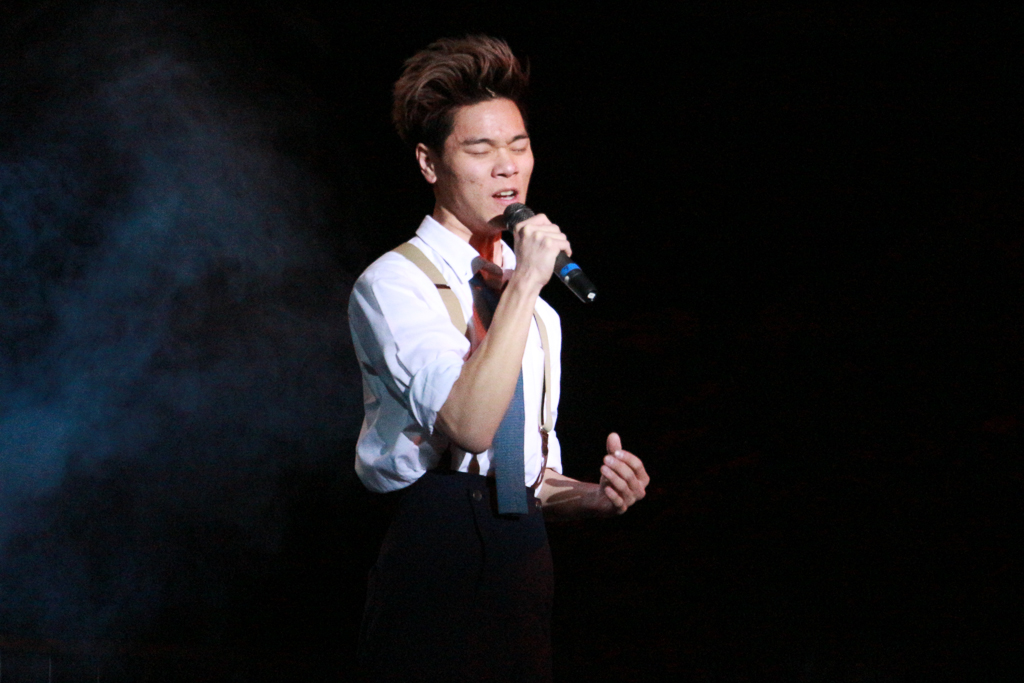 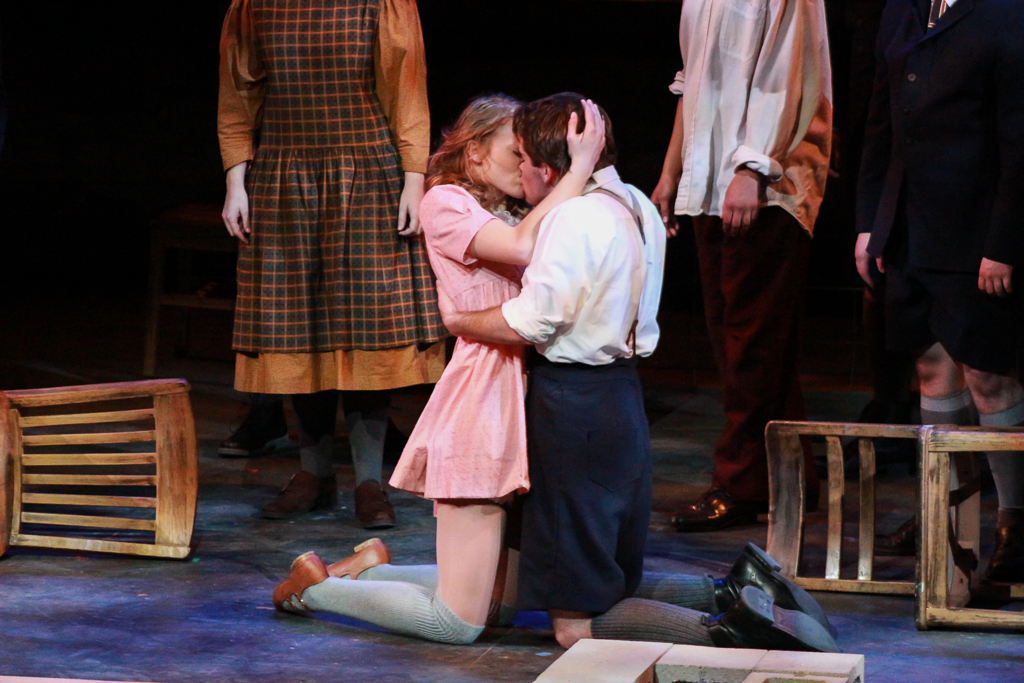 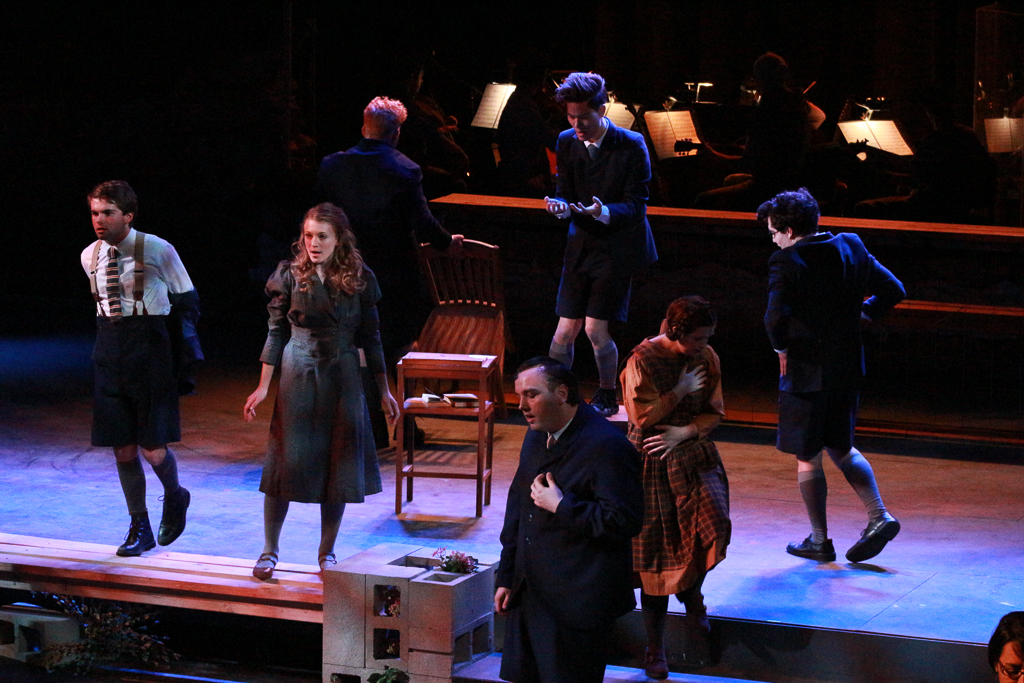 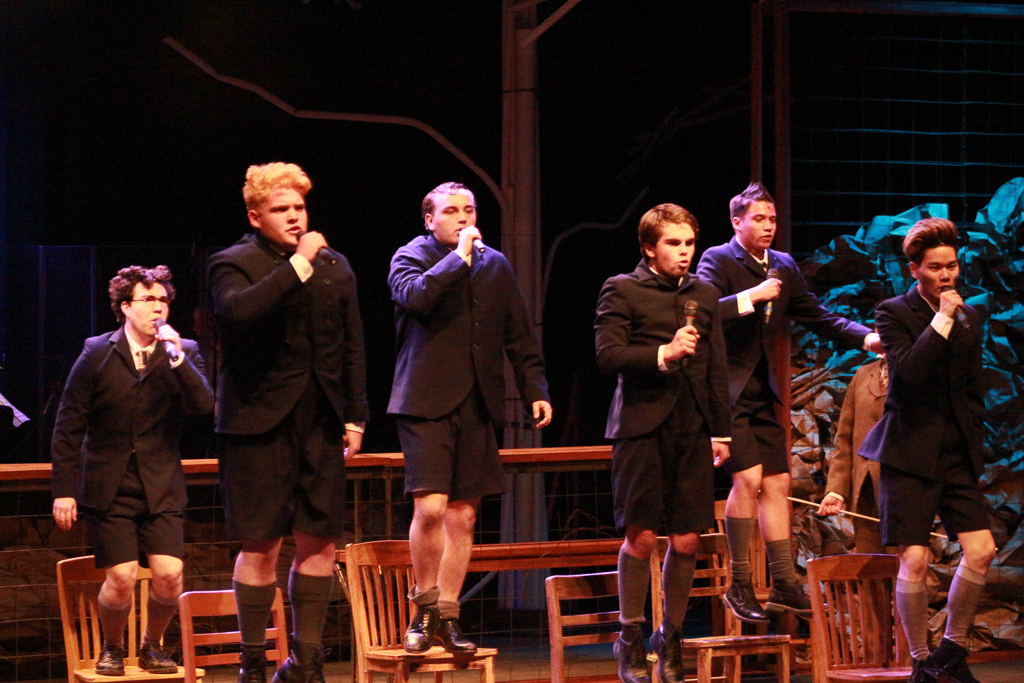 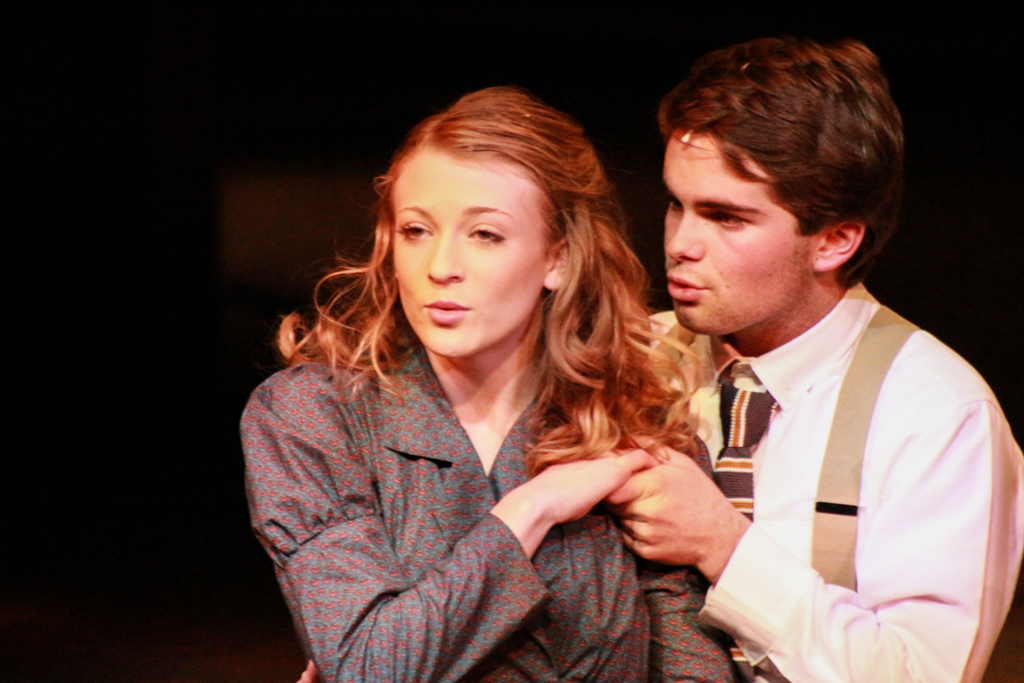 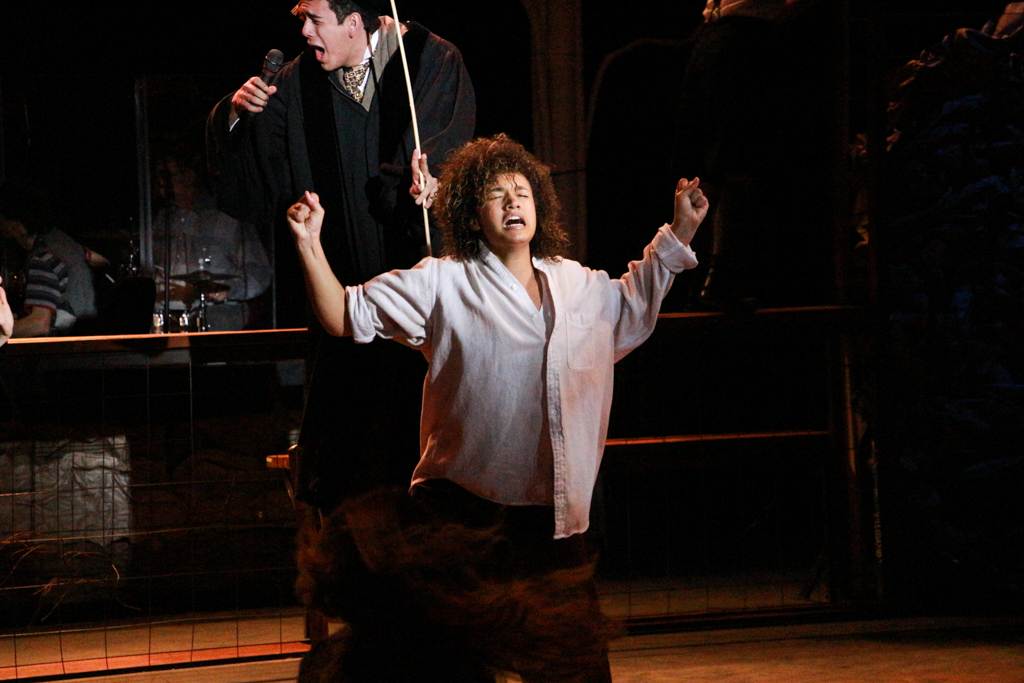 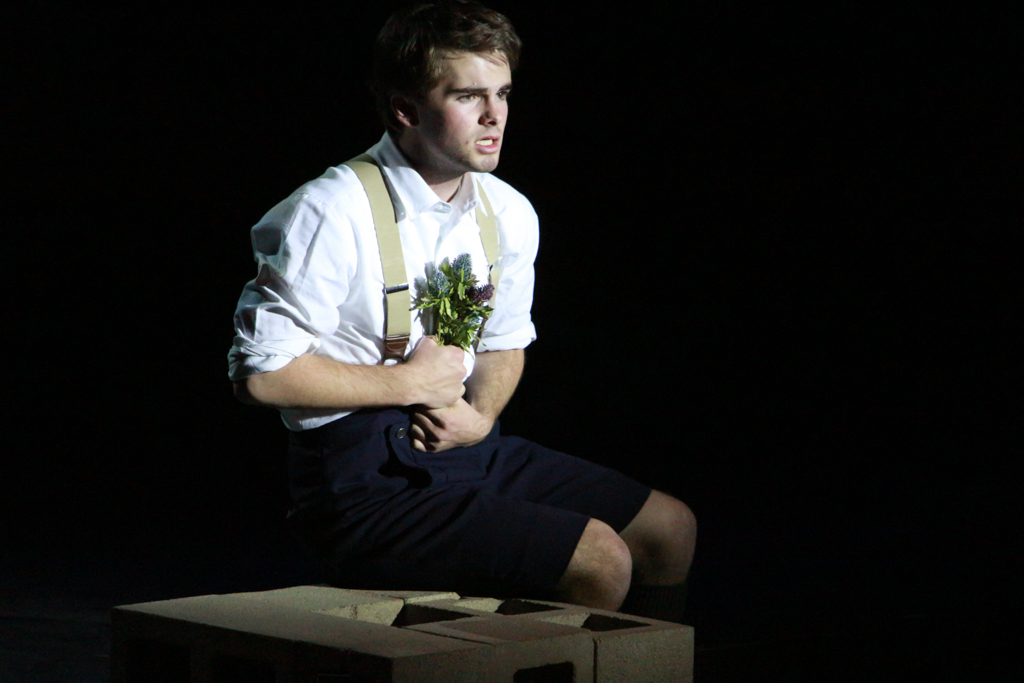 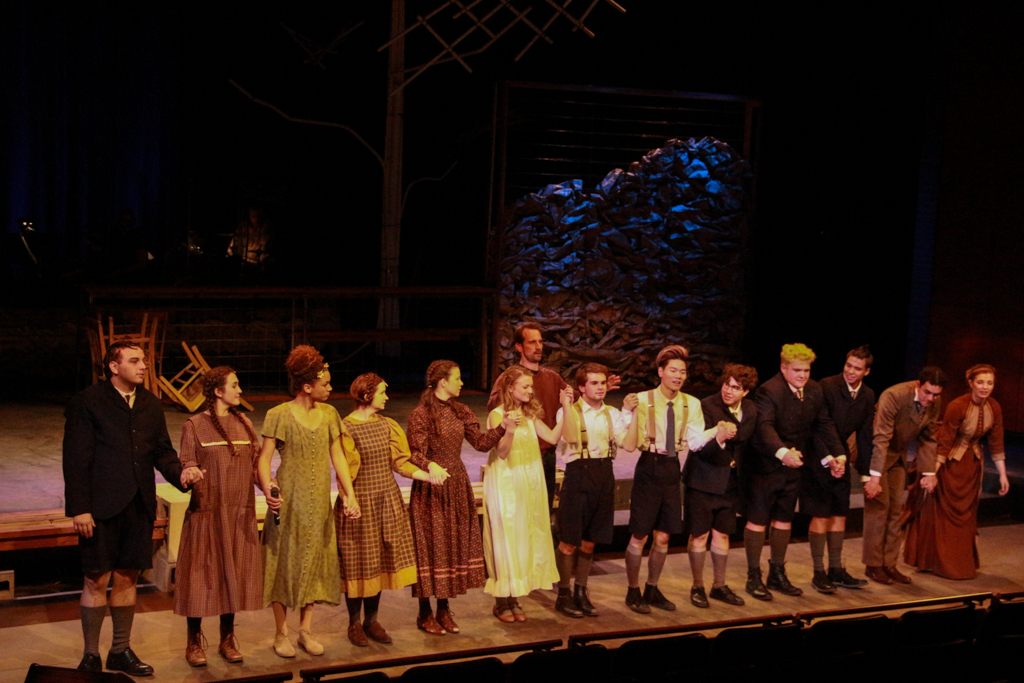 The lights come up and in the middle of the stage sits Rylee Spencer, with the words of “Mama Who Bore Me” coming passionately from her mouth.

“Spring Awakening,” Palomar’s only musical of the year, opened at the Howard Brubeck Theatre Feb. 26. Fran Gercke directs the popular story written by Steven Sater and with music by Duncan Sheik.

“It is the classic coming of age story and it has rock music and ballads,” Gercke said.

The wild musical explores teenage discovery and the turmoil of budding sexuality, set in the late 19th Century Germany, with songs like “The Bitch of Living,” “Totally Fucked” and “The Song of Purple Summer.” The musical primarily follows three teenagers, Wendla, Melchior, and Moritz, as they discover themselves and the world around them.

From powerful rock songs to soulful ballads the audience will watch and hear, as the characters are eager to learn more yet fight with the pain of growing up and not understanding their blossoming sexuality.

Rylee Spencer who plays Wendla, a sweet girl who is naïve about adult relationships, notes that it is a complex story that rings true. “As a girl growing up, you are kind of in the dark about a lot of things. The boys are the ones who learn things before you do… I think there is a big frustration in that,” Spencer said.

The characters grapple with everything from school and the fear of disappointing their parents to sex and suicide.

Kevin Phan’s loveable Moritz, tells a deeper story. “I feel it’s so powerful because it’s easy to dismiss people who have suicidal thoughts or who are depressed,” Phan said.

Moritz’s character “makes you think of people you might love if they were in that situation,” Phan added.

While the story covers dark subject matters, the incredible cast and band does an amazing job of keeping it as light and relatable as possible.

The best way to describe it?