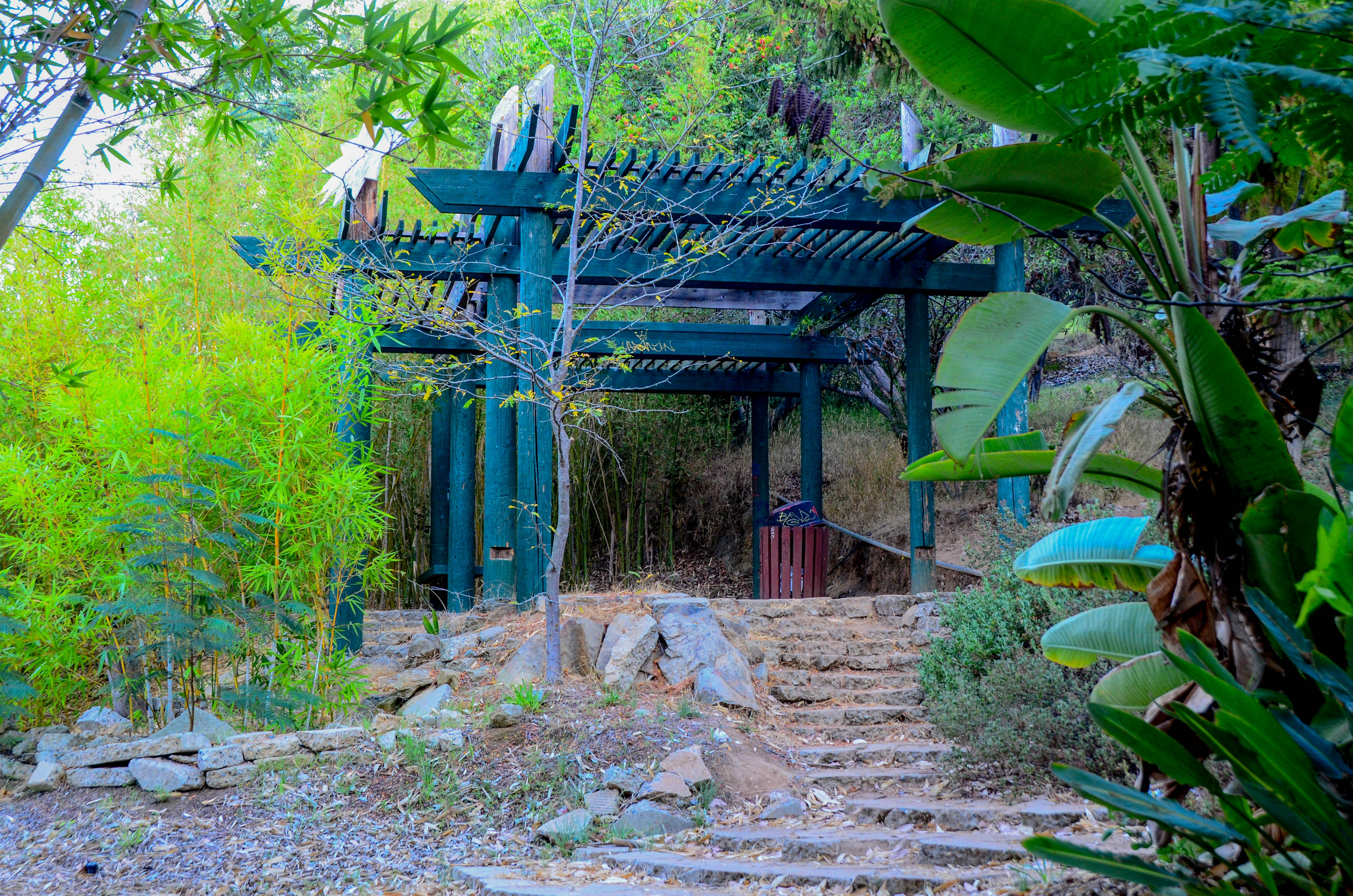 Even with California still in the midst of a drought, it’s good to know that the Palomar College Arboretum is in secure hands for the future, thanks in part to a donation from a local irrigation company called Hunter Industries.

A campus institution since the 1970s, the Arboretum will undergo a name change in recognition of the late donors, Edwin and Frances Hunter, as recently voted upon by Palomar College’s Governing Board.

Hunter Industries, through the couple’s daughter, Ann Hunter-Wellborn, is offering a $50,000 grant and $450,000 over the next five years in an endowment fund from the Hunter Family Fund that will ensure Palomar’s grounds crew has the resources annually to keep the property properly maintained. Hunter-Wellborn serves as the family trustee for the charitable fund established by her mother.

“I approached them about the Arboretum … and then Ann came to the Arboretum and saw what was there as far as plant life and trees she felt it was a natural and wonderful way to make a contribution,” said Richard Talmo, executive director of Palomar’s College Foundation.

A local business for 35 years while expanding globally, Hunter Industries has made giving back to their community apart of their legacy. They’re involved in multiple programs that help to protect greenbelts around the world.

Alongside Prop M, which passed in 2005, which will put in walking paths, additional irrigation, and make the arboretum more handicap accessible to students and community members, the funds provided by the Hunters will reinvigorate the area that’s home to approximately 3,000 different species of plants.

For Friends of the Palomar College Arboretum President Tony Rangel, the funds provided come as a “great help.”

If left alone, some plants struggle in our habitat. They can shade each other out, over grow walking paths and damage irrigation systems. It takes a lot of work to keep a collection of plants healthy and labeled. The Endowment will help the district by providing funds it otherwise would not have.”

The official naming ceremony for the Arboretum has not been officially planned yet but will likely happen sometime during the Spring semester.