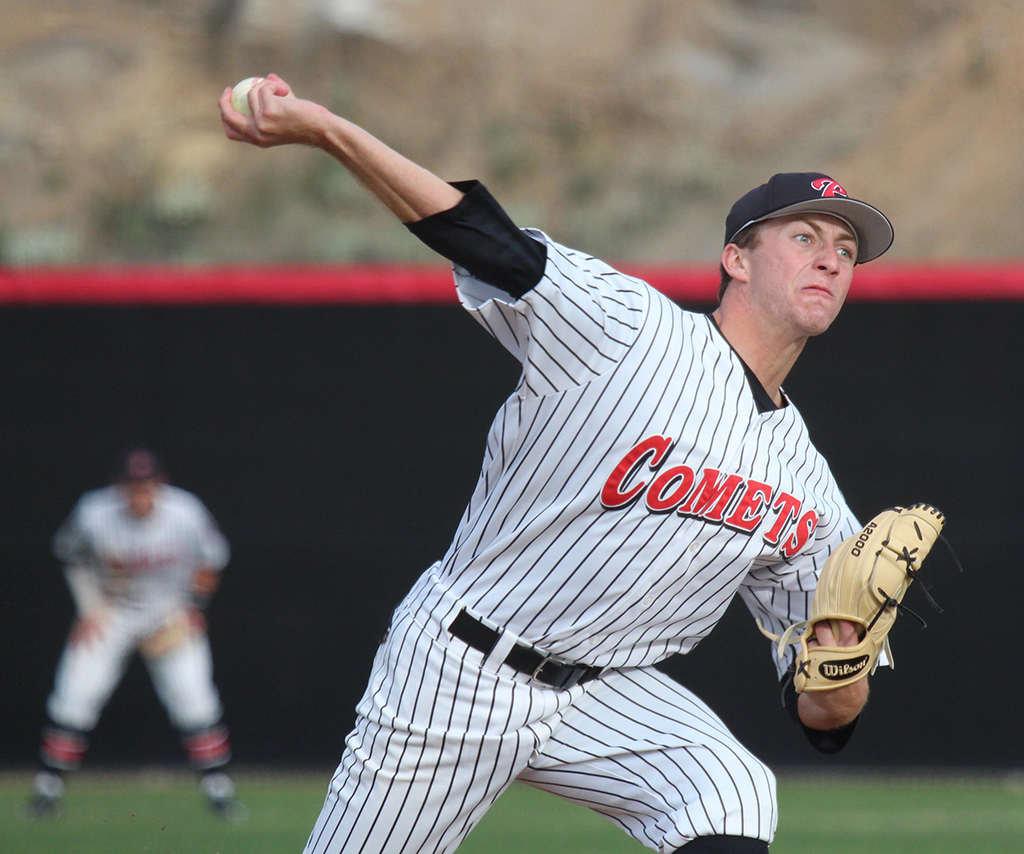 The Palomar Comets baseball team opened up the season in their new ballpark with what can only be called a sloppy loss on Wednesday against the College of the Desert Roadrunners. The Comets are coming off their 5th straight PCAC title, and are looking to repeat this season.

Head coach Buck Taylor said the key to consistency is, “A really good foundation on defense, and being able to put the ball in play with two strikes, and just do the little things really well.”

Although the Comets didn’t show those skills in this game Taylor believes his group “has that ability…we’re gonna learn from it, we’re gonna get better.”

Palomar was only able to muster five hits for the game, to go along with five errors.

Comets starter Troy Lamparello was tagged for two unearned runs in the first inning due to three straight errors and a Roadrunners single. Palomar would counter in the bottom of the inning by picking up a run of their own.

The game would be quiet until the third inning when The Roadrunners pushed across four more runs. It would have been five runs had Palomar right fielder Shane Olson not saved a run by throwing out a Roadrunner at home plate.

Palomar would answer with two runs in the third inning, one as a result of an error, and the other via an RBI groundout by Olson.

Lamparello would settle down to throw a 1-2-3 fourth inning before being replaced by Tyler Baca in the fifth inning who would go onto throw four strong frames.

The Roadrunners would score one more run in the seventh inning to make the score 7-3 which would end up being the final as Palomar pitcher Thomas Brunansky shut the Roadrunners down in the 9th inning.

Coach Taylor said “We grind them [the players] at practice and we make them execute and typically we do, and we just weren’t good today.”

Palomar had a road game against Golden West on Thursday Jan. 28 but lost 8-6. They are now 0-2 but have yet to play a Pacific Coast Conference game which doesn’t start until Feb. 27 against Grossmont.

The Comets look to bounce back as they play Golden West again on Saturday at 1 p.m. at Palomar College Ballpark. Tickets are $5.