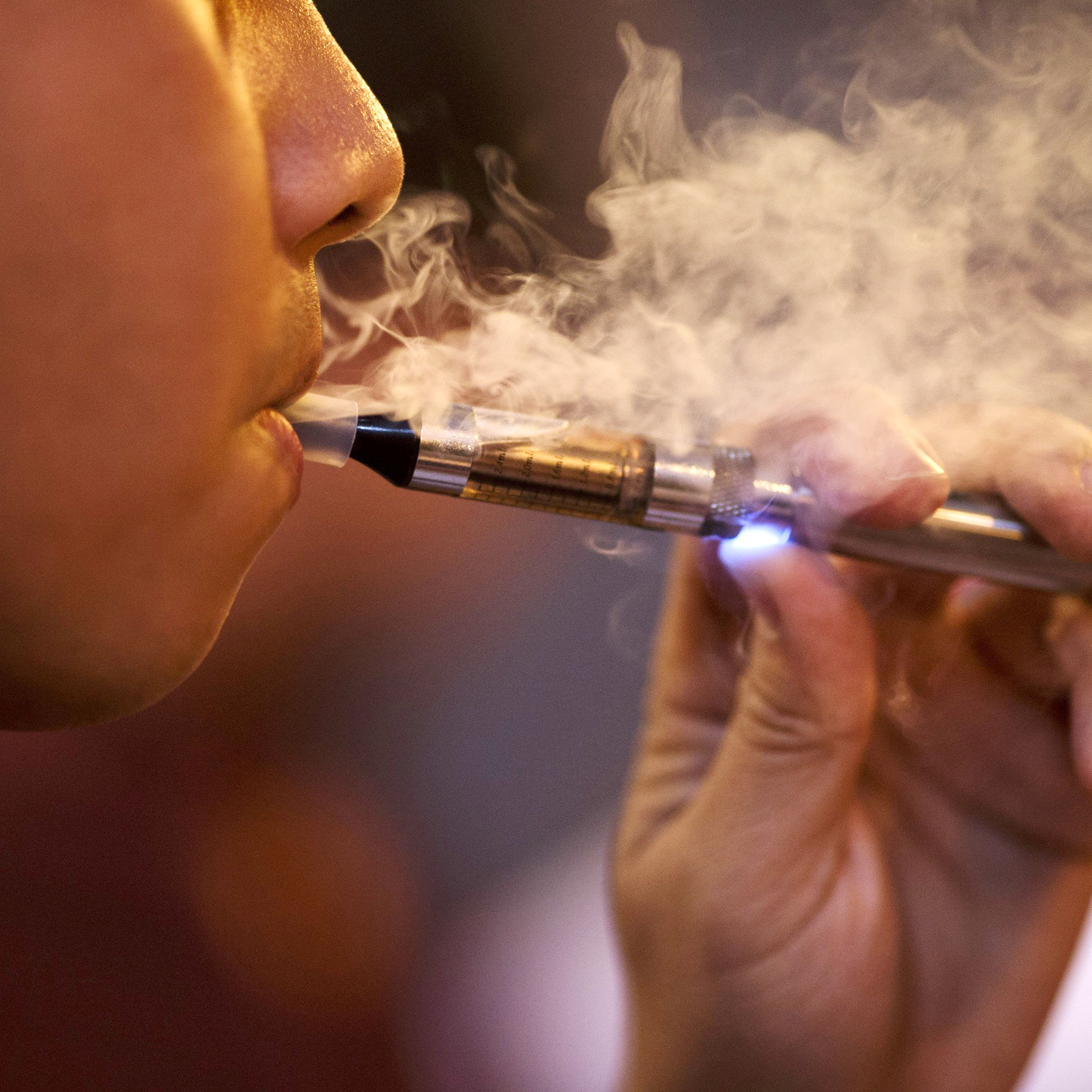 The campus smoking policy is set for review at Palomar College and the recent popularity of e-cigarettes raises the question whether the policy should expand to include them in the ban.

As many students already know, the campus’ policy prohibits “tobacco-related products,” according to the college’s website. Officials debated whether to start fining people who smoke on campus.

Not everyone agrees with the smoking ban and some find the policy to be overbearing. “I hope that the smoking policy is put to rest… we should be able to make that decision as… responsible adults,” said biology student David Scarpelli, 18.

Students argue that they know the risks of tobacco products and suggest that designated smoking areas are easily avoidable by those who do not wish to inhale second-hand smoke.

Scarpelli said he believes that anything “[not] mind altering” should be available to be smoked.

There are those on campus who agree with the current ban, such as Jane Maramack, a campus librarian. Marmack cited cigarette butts littering the ground by the library as one reason to maintain the smoking policy.

Magdi Alzaeem, a computer science major, opposes smoking at campus and even considers e-cigarettes as a form of smoking. Alzaeem believes smoking is bad for the environment and the individual smoker.

The issue of e-cigarettes had not been considered before the implementation of smoking bans in public places, according to Sherry Titus, Director of Student Affairs at Palomar College. Titus said e-cigarettes present their own issues regarding health and she is personally in favor of prohibiting them from campus.

There are those who are uncertain about the dangers of e-cigarettes, such as Marmack. The lack of knowledge surrounding e-cigarettes is one issue that has complicated the ban decision.

According to the U.S. Food and Drug Administration (FDA), “E-cigarettes have not been fully studied.” The FDA states that the lack of research indicates a lack of knowledge about the risks of using E-cigarettes or any benefits that the product may provide.

Coral Avery, 21, said she believes that, “second hand smoke from e-cigarettes isn’t as much of a problem and it’s not really a fire hazard.”

Though e-cigarettes are generally considered safer than traditional cigarettes, the problem of their place on campus remains.

It’s no secret that the smoking policy is violated regularly at Palomar College, with the “No smoking” sign by the library being a hot spot for the smokers of Palomar College to gather at and smoke. One idea that was considered is low level fines to lower the amount of violations, according to Titus.

A decision has yet to be made as of yet.