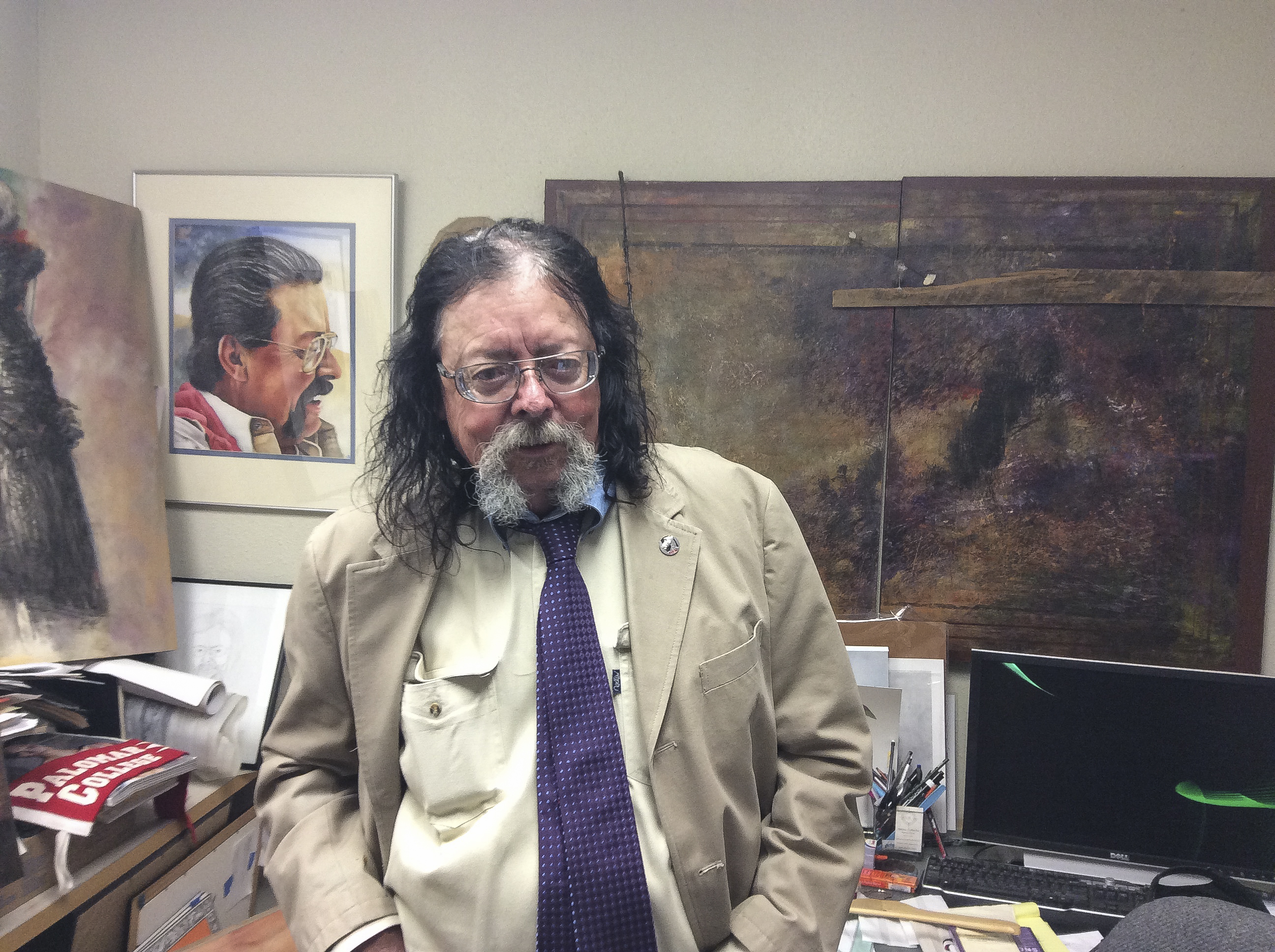 Art Professor Doug Durrant, who retired this summer after 44 years at Palomar, died Sept. 26 of a heart attack.

Faculty and students called Durrant an influential figure in the lives of his students, colleagues, and Palomar’s art department as a whole.

In an email, the director of Palomar’s art department Lily Glass described Doug as legendary for his cowboy-esque swagger, lingo, and, most of all, his stories.

“But what made Doug truly special was his love. He loved each and every one of his students. He heard their stories and remembered them,” Glass said.

To many, Durrant will be remembered as the professor who introduced them to a lifestyle of living and seeing beauty in the world through being an artist. One such student is Palomar graduate Sydney Moore.

“He just sat me down and asked me what career paths I wanted,” Moore said. “I don’t remember exactly what he said, but by the end of that first day I realized that he wasn’t just saying ‘be an art major,’ his philosophy was to live as an artist.”

Many people who knew him said he kept to that philosophy

Durrant told The Telescope in May that he was excited to spend his retirement traveling back to Texas, New Mexico and Arizona to reconnect with the places where he grew up and became an artist.

Student Dove Cochrane described Durrant as “a magnificent human being” who always tried to create a sense of community in his classes. Part of this was his willingness to push for a network of support among his students.

Not only was Durrant a figure of admiration among his students, but among his colleagues as well. One such colleague and friend was Karen Keimig Warner, who worked in the art media lab.

Keimig Warner described Durrant as a character who the students loved and whose teachings crossed stylistic and cultural media to encourage his students.

“I knew him in ‘71 as an instructor and he just always said good things about your work, he always built the students up,” she said.

Alex Boston, a former Palomar student, said he is an example of how Durrant fostered a love for art in his students.

“While art was an interest of mine in the past it was not something I made time to do, fought so hard to keep, or considered so deeply a part of me until my days at Palomar,” Boston wrote on Facebook.

“Doug, you were the reason we fell in love with drawing. And the reason I’m still doing it. Ya dig?”

Art Professor Schultz called Durrant a great orator who wove his stories into his lectures.

“He always had a point and that point was usually worth hearing,” Schultz said.

Schultz not only knew Durrant as a colleague but Durrant was his professor when Schultz attended Palomar.

“So we would have these softball games …. I have this vision of Doug standing at first base with a glove on his hand, a cigarette in his mouth, and a beer at his feet watching the ball go by. It was really casual atmosphere and you really got to know people,” Schultz said.

In a previous interview, Durrant described art’s value is in its ability to carry and represent a cultural base.