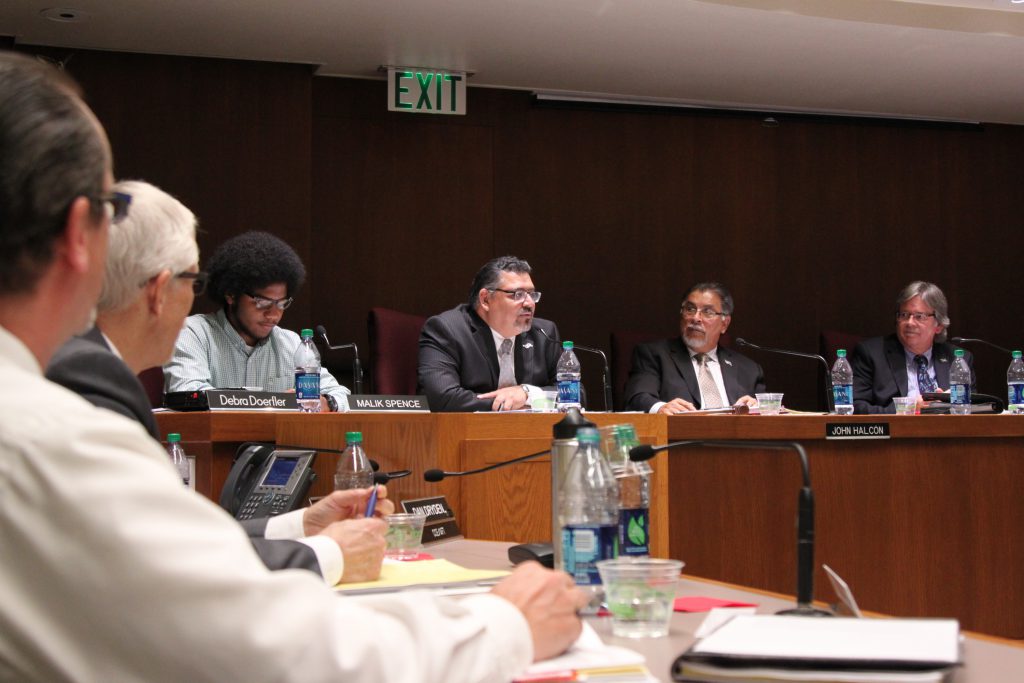 The board did not post its agenda on time and they changed the date of their meeting without proper notice.

The Brown Act states that a local legislature in California must post its agenda and date of meeting 72 hours in advance. The Palomar website even states that the board follows the Brown Act.

The Palomar College Governing Board scheduled a regular meeting for Tuesday Sept. 8. The date has been posted on Palomar’s website all semester.

However, the Sept. 8 meeting was rescheduled for the following evening.

The agenda and new meeting date were not posted until the day the meeting was supposed to occur on Sept. 8, instead of 72 hour in advance as required by law.

That is not sufficient notice, according to the Brown Act.

Governing Board President John Halcon said he didn’t know about the agenda not being posted.

He explained that the five-member board approves the final agenda right before the open session meeting.

Palomar’s Public Information Information Officer Laura Gropen said the reason the agenda was not posted until Sept. 8 was because it was considered a “special meeting” and, according to the Brown Act, a special meeting only needs a 24-hour notice.

A special meeting is allowed to be called 24 hours in advance, according to the Brown Act. However, the meeting was not labeled a special meeting on the report. Gropen called that a typo.

But the qualifications for a special meeting are not met since a general meeting was already set for Sept. 8.

According to the Brown Act, “so long as substantive consideration of agenda items does not occur,” a special meeting can be called. That means that the meeting has to have different agenda items not on the regular calendar.

The Sept. 9 Governing Board agenda had a substantial amount of regular agenda items on it and was even referred to as a regular meeting, despite the typo that Gropen cited.

The Telescope checked the Governing Board website on Sunday night, Sept. 6, and still no agenda was posted and no notice of a meeting change either. It was not until the morning of Sept. 8, the day the meeting was supposed to commence, that notice was given.

An email was sent out by Debra Doerfler the executive assistant to the Governing Board and Superintendent, at 10:39 a.m. on Sept. 8.

The email stated “The Board, at its meeting on August 25th, called for a Special Meeting on September 9th to be held in lieu of its Regular Meeting which would have been tonight.”

Doerfler confirmed the date of posting the agenda to The Telescope.

However, at that Aug. 25 meeting it was also decided the board would have to post the change online as soon as possible.

Board member Nancy Ann Hensch asked Doerfler if they could legally reschedule the meeting and she replied they could only if proper notice was given to the public.

But, anyone who missed that meeting, wouldn’t have any knowledge of the change in meeting days, because the minutes are not posted on Palomar’s website.

Halcon also said meetings being rescheduled is a common occurrence. They pushed the meeting this week to accommodate everyone on the board.