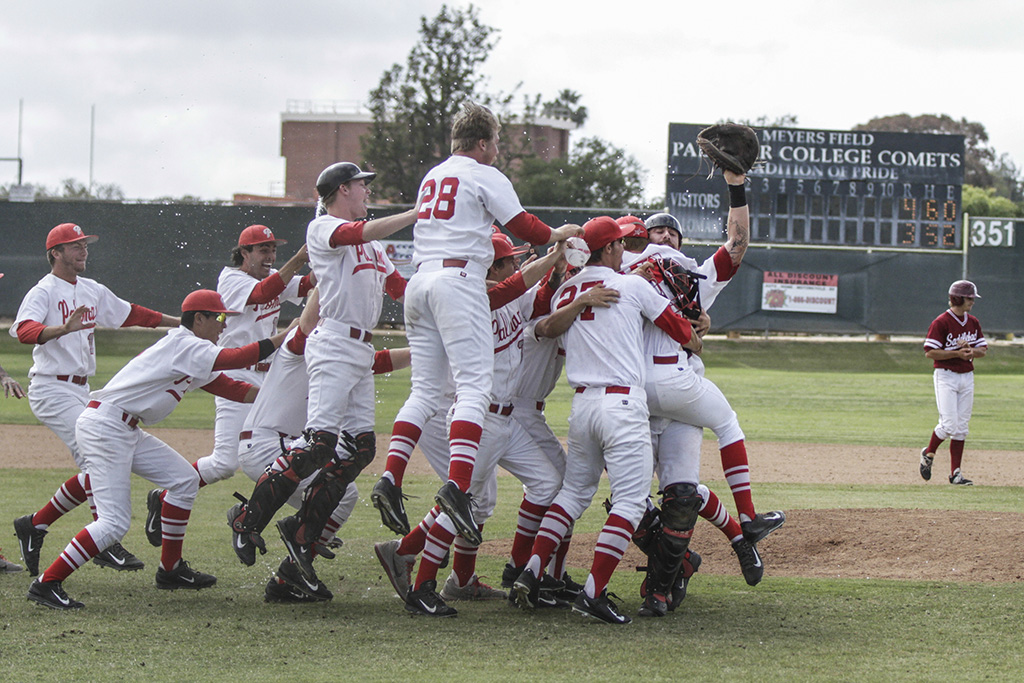 It was a Sunday send-off for the ages for Palomar baseball.

Playing on Myers Field for the final time after 62 years of calling it home the nationally No. 2-ranked Comets were able to grit out a 4-3 victory over the Saddleback College Gauchos after 11 innings.

“It’s special … it’s sad, but I’m glad we did it right,” said head coach Buck Taylor after his team’s extra-inning victory, their first out of three opportunities this season. “These guys just compete, the chemistry this group has is unmatched and they don’t like to lose.”

With the win, Palomar advances to the CCCAA State Championships Final Four round for the first time since 2005.
After Palomar pitcher Taylor Turski’s complete game, five-hitter in Saturday’s game won 6-1 victory, the Comets played the role of visitors’ at their home field for game two in the best-of-three series. Comets left-hander Jake Barnett and Gaucho’s Dominique Key started strong on the mound Sunday, each retiring the side without any blemishes in the first three innings.
The second time around the lineup proved to be much better for both teams. Dylan Breault’s leadoff single in the fourth was followed by a Chris Stratton RBI double, his second of the series, that Breault was able to score on. Stratton advanced to third on the throw home and scored a batter later when Frank Christy grounded out to the shortstop.
Saddleback responded strong in the bottom half of the inning, taking advantage of a rough start for Barnett. After the sophomore from Orange Glen walked the leadoff batter and hit the next, Gaucho DH Brett Barker doubled to center, scoring both runners. Barnett was able to retire the next two batters before balking and moving Barker to third. A Ryan Fitzpatrick single scored Barker and gave Saddleback its first lead of the series.
Alec Salcedo’s 2-out double in the top of the fifth leveled the game when Anthony Balderas scored from second. Balderas singled then advanced on a wild pitch earlier in the inning.
For the rest of the regular innings it was a duel between Barnett and Gaucho pitcher Trevor Charpie who took over for Key in the sixth inning. Barnett went nine innings allowing only five Saddleback hitters on base and giving up three runs.
“It was my biggest start, last year we got bumped out in the first round so it just gave me the drive to keep going,” Barnett said postgame, “I really focused on getting ground balls and letting my defense work behind me.”
The defensive effort from the right side of the Comets infield, 1B Anthony Balderas and 2B Chris Stratton, made key plays to help Barnett down the stretch.
Both sides stayed scoreless until the top of the 11th when PCAC scholar Athlete of the Year Vince Mori’s RBI single scored Christy from second base. The catcher walked to start the inning and advanced to second on a Travis Mitchell sac bunt.
“It was a lot of pressure but they (coaches) always tell you when playoffs come around somebody has to step up and hard as it was I just tried to stay relaxed.” Mori said.
Both Joey Cooper and Derek Black were unable to drive in Mori’s insurance run from third base leaving Comet’s pitcher Rusty Huber, who pitched a scoreless 10th inning, with a one-run lead and the chance to seal the Comet’s trip to the Final Four.
The 6 foot 4 inch tall, right-hander was able to get the first two outs in quick succession but a THIRD double on the day from Brett Barker to the right-center gap provided the setup for a tense final out. After a long at bat, Cole Stanton hit a hard grounder down the third base line that was grabbed by a diving Vince Mori but his throw dragged Derek Black just off first base.
Barker advanced to third on the play setting up a first and third situation with Saddleback third baseman Dan James at the plate. James scored the Gauchos only run in game one with a seventh-inning homer. Huber was able to catch James with an off-speed pitch that he popped out to Joey Cooper in right field to end the game and advance Palomar to the state finals.
“I’ve been coming here since I played travel ball for coach (Ben) Adams when I was 14 so it’s a lot of history and just a perfect ending.” Vince Mori said.
If Palomar wins out they will join the softball team as state champions.  The Comets (41-4-1) won their fifth state title on Sunday with a 5-1 victory over previously undefeated San Mateo College.

The Comets will face No. 9 team in the nation, Fresno City College, at the Rams’ John Euless ballpark on Saturday, May 23 at 6 p.m. in the first match up of the four-team double-elimination final. Nationally No.1 ranked San Joaquin Delta will play against Orange Coast College on the other side of the bracket with the potential for a 1 vs. 2 matchup to decide the champion. 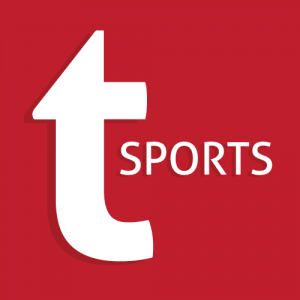