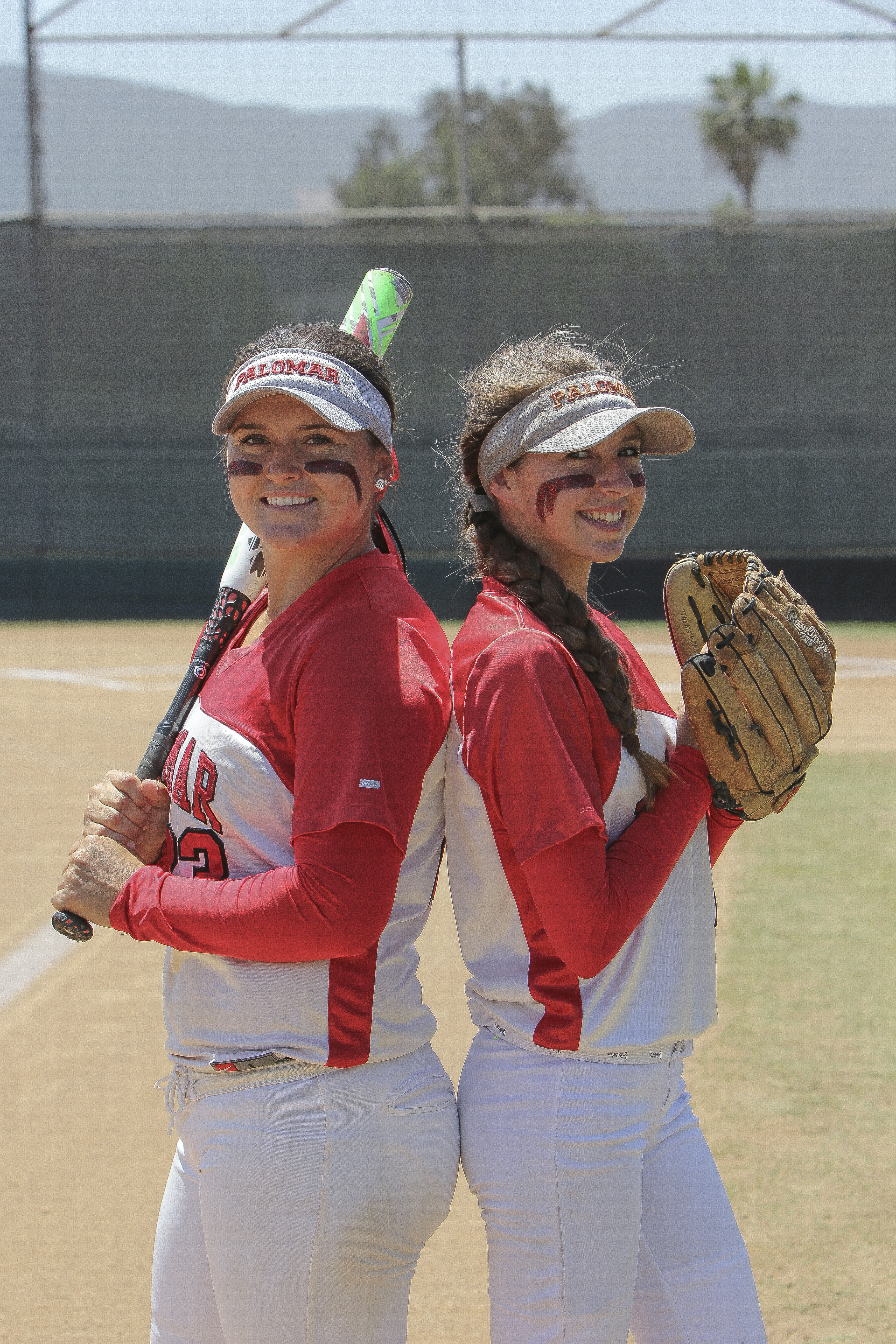 It’s not often that a school has two players so dominant, that by the time the opposing team steps on the field, they know they’ve already lost.

When shortstop Kali Pugh and pitcher Summer Evans take the field at the same time, the end result has been more or less the same: complete and total dominance.

Going into the conference playoffs, the Comets have a 33-3-1 record, and are ranked as the No. 1 team in Southern California (No. 2 in the state) by the California Community College Fastpitch Softball Coaches Association (CCCFCA). A lot of that has to do with the athletic efforts by Pugh and Evans.

“Both of them came to us as talented athletes, but to see them grow academically and athletically, it’s been really fun to witness as a coach,” Craft said.

For both players, they started young and have had the chance to polish their game over the years. Pugh has been playing softball since she was 5; a byproduct of a mom who was a star softball player in high school. Evans started when she was 10, claiming her competitiveness and love for team sports led her to the game.

Pugh, a 20-year-old sophomore and liberal arts major, came to Palomar not even sure she would be playing softball. Due to a couple of low grades in her high school career at Rancho Buena Vista High, she was deemed NCAA-ineligible.

“I wasn’t going to play after high school, but then she (Craft) had me come out and showed me more about the game; it made me fall in love again,” Pugh said.

As an end result, Pugh will be attending Oklahoma City University (ranked No. 1 in the National Athletic Intercollegiate Association) in Oklahoma City, Okla., this fall. She said she was heavily recruited by their softball coach Phil McSpadden, who is the winningest 4-year collegiate softball coach of all-time.

“I loved the environment and the school, so I’m excited to take the next step and continue forward,” Pugh said.

As for coach Craft, she couldn’t be more proud.

“She was able to study and learn the tools she needed to be successful on both ends, and now she’ll be able to continue her career at the 4-year level,” Craft said.

“As a non-qualifier out of high school, this has proven to be a huge opportunity for kids like her,” she added.

Evans, who is in her freshman year, has been a shining star for the Comets since coming from Escondido High School. According to Craft, she almost didn’t become a Comet at all.

“We were lucky enough to have a relationship with the coaches at Escondido High, and got to witness some great games from Summer (Evans),” Craft said. One of the games Craft got to see Evans pitch was a perfect game.

“I knew if we could just keep her under the radar we’d get a really good pitcher, and we did,” Craft added.

Not surprisingly, Evans is humble about it all, claiming that it’s her teammates who push her to do well.

“Having teammates around to support me in everything I do, being able to have someone that understands what you’re going through, and the training you do every day … really helps,” Evans said.

As for her inspiration, Evans didn’t have to look far. She looked out to the field during a practice and pointed out her teammate and third baseman, Aisha Hill.

“She’s really hard-working, and inspires me to work harder and go further in my softball career,” she said.

When Hill heard the compliment, she had nothing but praise. Not just for Evans, but for Pugh as well.

“I’m close to them both on and off the field; and it feels good having Summer in the circle, and Kali right next to me,” Hill said.