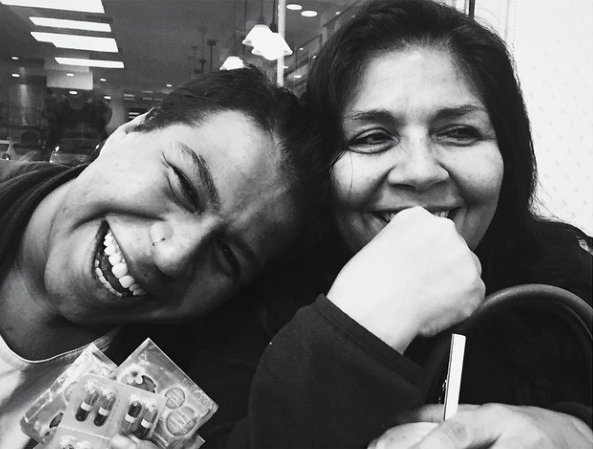 Two Palomar College students, one former and one current, were involved in a fatal car crash that occurred May 1.

The accident left two students in a medically-induced coma and resulted in the injury of their mother, and the deaths of their grandmother and father.

The accident occurred on Interstate 15 near Mira Mesa Blvd., where the two cars collided head-on. Shane McDonald, 21, was driving the wrong way when his Audi A4 collided with the students’ family Honda Civic. The vehicles slammed into each other head-on when both vehicles changed lanes to avoid one another.

Julio De La Torre has been described as a “talented young photographer devoted to his craft.”

“I’ve known Julio for a number of years. He’s taken at least three classes with me,” said photography professor Donna Cosentino. “We’re all very sad about this situation.”

Julio was in an induced coma, but as of May 6, he was alert and able to speak. He’s in a neck brace, awaiting to have a CT scan done on him to check if he will need to undergo any surgery for his injuries.

As of press time, his sister Carolina, was in the intensive care unit at Sharps. She is showing progress in her recovery, being able to stand and walk a few steps. She is alert and able to communicate a little, but still having trouble breathing and is in severe pain.

Their mother, Angelica, is in stable but very critical condition.

Shane McDonald was arraigned in the hospital on May 6. With his right leg and left wrist bandaged, he plead not guilty to two counts of vehicle manslaughter while intoxicated, and five counts of felony DUI causing death or injury. If convicted, McDonald could face 20 years in prison.

A GoFundMe page has been created to help raise money for the De La Torre family for the costs of two funerals and the medical bills caused by the accident.

There will also be a fundraiser at Chick-fil-A on May 15, Friday. It is located at 587 Grand Avenue in San Marcos and will operate from 4 to 7 p.m. and 50 percent of all sales will go to the De La Torre family.

For more updates on the De La Torre family, please go to the PrayforthedelaTorres Facebook page.