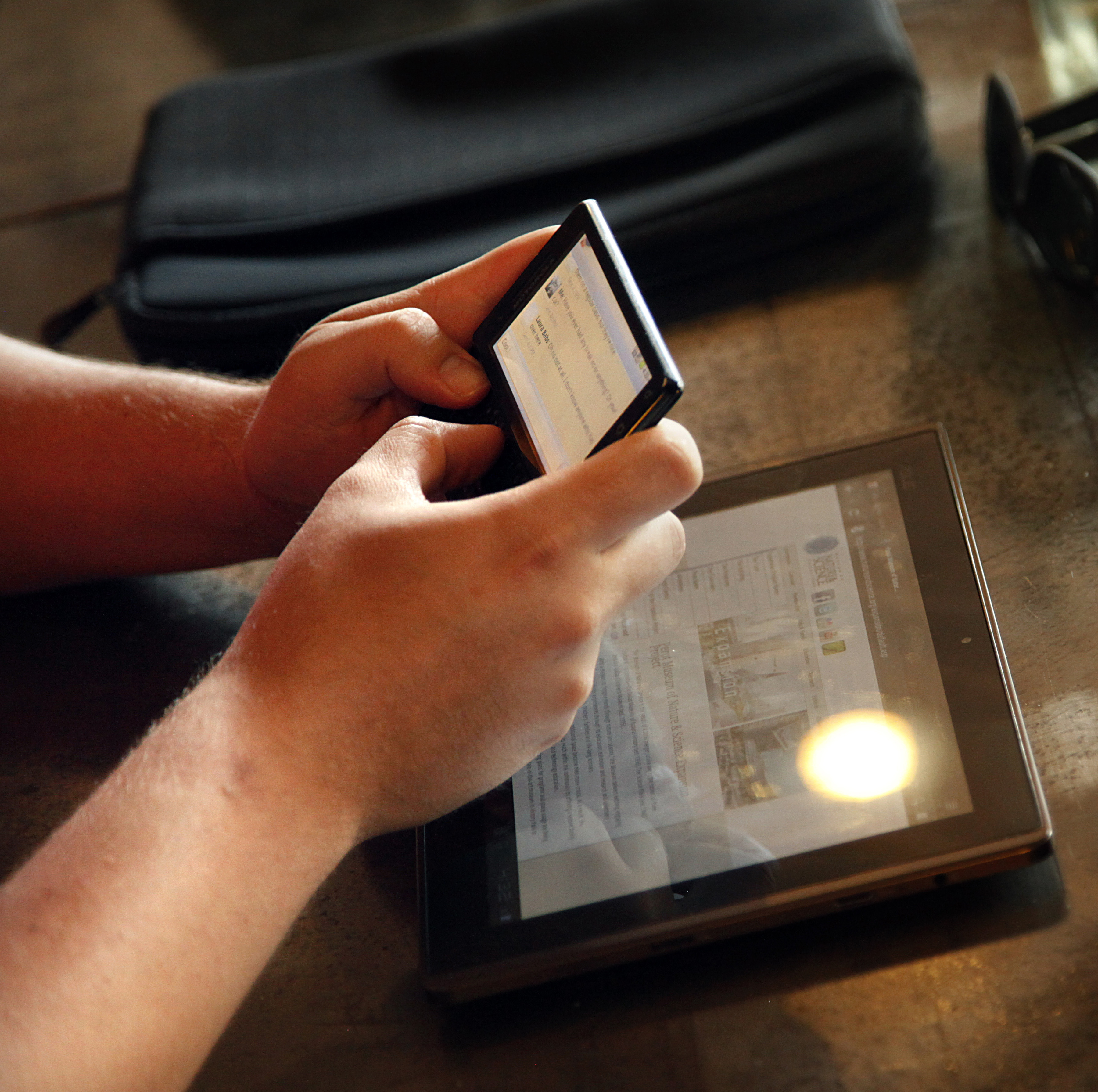 In an age of technology at our fingertips, refraining from answering texts and ignoring notifications is easier said than done.

I gave up all technology for three days and lived to tell about it; with this experiment I gained a new perspective.

Technology is integral into our lives. Take these facts: In 1973 the first cell phone was created and a few years later, in 1981, came the personal computer better known as PC. The millennial generation has also been referred to as the technology generation. I could not agree more.

My assignment for The Telescope: No technology for three days. Because I am tech savvy this was a major struggle. The first couple of hours were a cake walk. There are all sorts of distractions like the gym, reading a book, or my all time favorite … catching up on sleep.

The issues arose when I went out into public. I watched as everyone else had their cellphone, tablet or computer. Groups laughed about the latest trends on social media and others were deep into conversation on their cell phones. I did not realize just how much I rely on these devices for day-to-day routines. I did not have a cellphone until I was well into my teen years and in less than a decade it is something I cannot seem to live without.

My thoughts or worries seemed to overrule any serious thought I may have had. What if there is an emergency? I wonder how many missed calls and voicemails I have by now? How am I going to survive the next day?

Meeting up with friends seemed a bit more difficult than usual. When my friends were so engrossed in their technology, it felt much like I was not part of the group. I used pay phones for important calls I needed to make, which meant that I needed to keep change in my purse. I had forgotten that those even existed, much less were available for my use.

At work, I had to use a computer so that I could access the database we use to keep track of things outside of the filing system. The temptation to log into my social media on my break was greater because of the easy access. The feeling that I got was instant irritation and slight frustration. Normally, we do not consider these things because as a generation we are on top of our technology devices and avenues for social media.

I had several voicemails of moderate to extreme importance and although I made arrangements beforehand, situations arose that needed my attention. I also decided that I did not want to inform all of my friends and family of my experiment to see what the effect would be from their end. I would suggest that a landline should be in place for scenarios such as this. Others may not take kindly to wondering or worrying about your well being.

Ultimately, I learned a few things while abstaining from technology. First, it is possible to accomplish being technology free for a few days. Although irritating at times, it gave me a moment to enjoy some things I had not done in a while such as painting and finishing a book. I was also able to notice different things about the world I live in. I saw people in a different light and valued personal connections on a deeper level. Finally, I learned how to survive without technology in a world where it is prevalent. I see that it may have been easier back in my teen years because it did not exist on the same scale that it does now.

There are some positives to how we use technology today and why, in some cases, it can be deemed necessary.

Forbes staff writer Eric Savitz states one example is the change to having mobile devices at meetings where there used to be nothing but a pencil and legal pad. Millennials see this as an advantage and use the Internet, e-mail and Twitter during meetings to capture notes, find information that may be helpful to the conversation, and more.

I find that constant communication and updates is vital in running our world in the most efficient way.