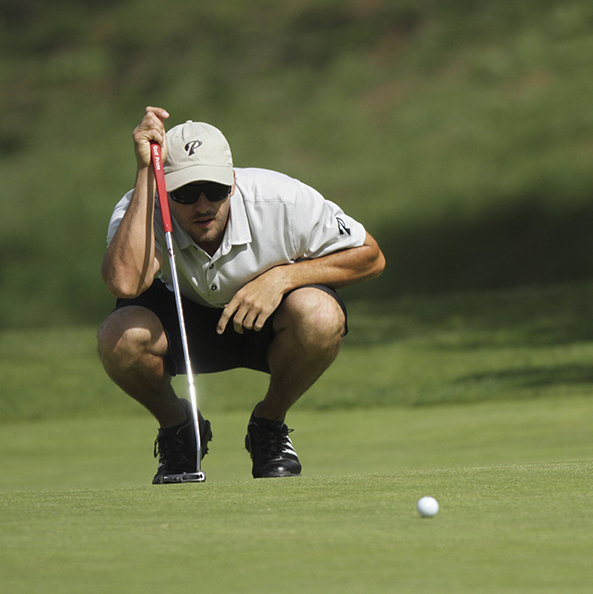 With the golf team’s recent accomplishment of PCAC title, the question of how they got here has to be asked.

Golf Coach Mark Halda’s goal in coaching the team is to push his golfers to be better athletes and also better students and people.

“We have a philosophy that when you come in you’re going to be a certain skill level or certain type of person, when you leave if you’re not a better person and a better athlete then we haven’t done our job,” Halda said.

Part of the success of the golf team is dependent on treating the sport as a mental exercise, just much as a physical one.

“Do you let the pressure get to you or do you say, ‘I’ve worked really hard to get in this position?’ It’s getting them into the pressure situation and to love it, ” Coach Halda said.

One of the golfers, Max Wittmack, also referenced the importance of playing on the mental level.

“A lot of his coaching is about the mental, it’s about cool and collected,” Wittmack said.

This accountability also bleeds into holding to yourself to rules of the sport even when you can get away with not doing so.

Coach Halda said he holds this as a valuable aspect of the sport.

“The cool thing about this sport is, if there is a penalty there isn’t a referee blowing a whistle,” Halda said. “You have to call it on yourself. It’s the hardest thing to do, yet when you do it, you get more admiration from your competitors and players.”

Success is also dependent on pushing yourself beyond your shortcomings, being able to get up after being pushed down.

As an athlete at Palomar you have to deal with certain hardships specific to community colleges. It requires working hard outside of the sport to continue with in the sport.

”It’s the hardest to be an athlete at the community college level because there’s no scholarships and you have to come in and say you’re going to commit yourself to doing this and not everyone can. Then you have to find a way to work and find a way to go to class,” Halda said.

Halda added that ultimately, the reason they have been successful as a team is because; “We love the pressure and we love the competition. What separates us from the other schools is that we train for that.”