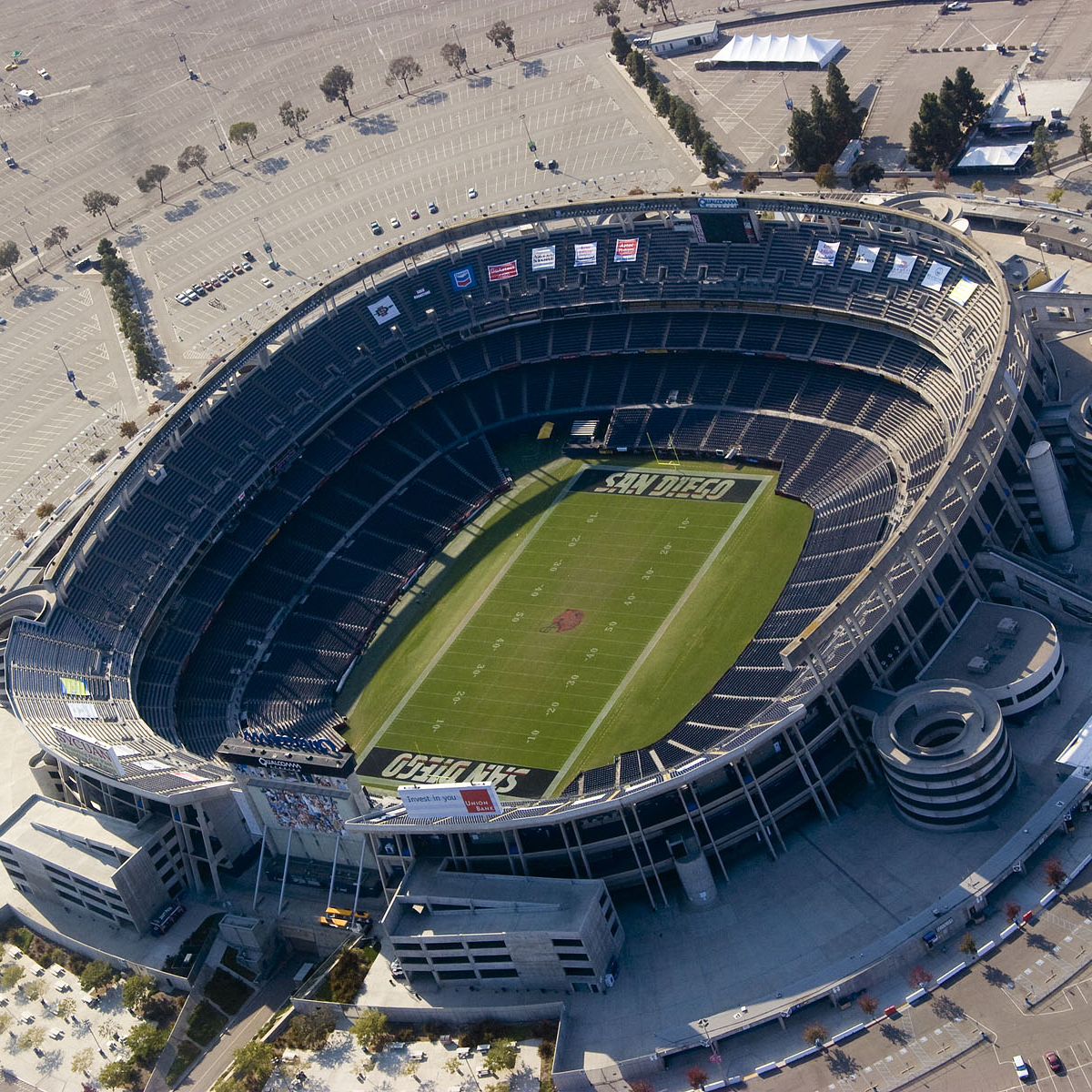 Give us a new stadium, or give us death

If there is any city that deserves to represent the powder blue and gold bolt, it’s San Diego.

Sure, Los Angeles might have the mass media appeal. And yes, it does help that LA is the second-biggest media market in the continental United States.

But let’s go back to past history. Los Angeles already had its chance to play host to the Chargers, back in the glory days of the American Football League (which merged with the NFL in 1970, resulting in the two conferences you see now: the National Football Conference (NFC) and American Football Conference (AFC, formerly the AFL)). That only lasted for one year, in 1960, before moving to the sunny confines of San Diego.

The Chargers won their only professional championship in San Diego (1963, AFL champion), back when Balboa Stadium was known as their home. For over 50 years, the Chargers have reigned as San Diego’s premier professional sports franchise. The Clippers moved from Buffalo, New York in 1978 and were only here six years before making Los Angeles their permanent home. And yes, we also have the Padres…but baseball doesn’t have the stronghold in San Diego like football does.

And now, talks have opened across the NFL that Los Angeles might try to take away our Chargers, too. Stan Kroenke, majority owner of the St. Louis Rams and entrepreneurial giant Kroenke Sports Enterprises, has teamed up with Stockbridge Capital Group with plans to build an 80,000 seat NFL stadium in Inglewood.

Immediately after that news, it was announced that the Chargers and Oakland Raiders have teamed up to propose a new NFL stadium in Carson if negotiations for a stadium in their respective cities fall through. Organizers backed by the Chargers and Raiders have already gathered more than 14,000 signatures (over 6,000 more than was required) in support of making this a ballot initiative this year.

The Raiders? THE OAKLAND RAIDERS?!

They are supposed to be our sworn enemies; the Lex Luthor to our Superman. Between us and the Raiders, our respective cities have seen some of the most physical, bloodiest games the NFL has ever seen. And this doesn’t just stay on the field; fans have been known to get violent in the stands for the teams they love.

And now, all because the premise of a $1.7 billion-pipe dream hangs in the balance, we’re willing to sleep with the enemy? How is that for loyalty?

I get it. Times are changing. The NFL wants shiny new stadiums to show off its biggest money maker, the Super Bowl. And San Diego is one of the nicest warm-weather cities in all of America. Visiting color commentators routinely talk about how they prefer San Diego over any other sports city in America.

Yet, we haven’t hosted a Super Bowl since 2003, when Tampa Bay and our secret lovers in Oakland played in OUR Qualcomm Stadium. The NFL has told the city that we will not be allowed to host another Super Bowl until a new stadium is built that can handle the capacity of such a major event.

Qualcomm, the second-oldest stadium in the NFL, is outdated. We don’t have a state-of the-art scoreboard, nor does the stadium have Wi-Fi. The stadium expansion in 1997 added nearly 11,000 more seats than the team deemed necessary. As a result, the team has a hard time selling out enough seats to even air home games on local television.

It doesn’t help that the City Council is being cheap. Mayor Kevin Faulconer is claiming that we can build them a state-of-the-art stadium with only $800 million, and that we can build it in Mission Valley…in the same parking lot as Qualcomm. The Chargers’ representatives have made it clear that they prefer a downtown location.

To put price in perspective, Levi’s Stadium, the new home of the San Francisco 49ers, cost $1.2 billion. The new stadium being currently built in Atlanta (scheduled for a March 2017 opening) will cost $1.4 billion.

There are other issues at play; the hoteliers want a convention center expansion instead on a new stadium, and Metropolitan Transit Services (MTS) says that their current bus yard would take at least seven years and a cost of $150 million to move in order for the Chargers to build a new stadium over that ground.

It all eventually comes to money. If San Diego wants to keep the Chargers, we’ll have to spend money…and LOTS of it.

But for the old school fans and new ones who have supported this team for over 50 years, isn’t it worth it?

I say yes. And if the team does end up moving, you can count me among the masses of San Diegans who will be tossing their Charger jerseys in the trash and setting it on fire.