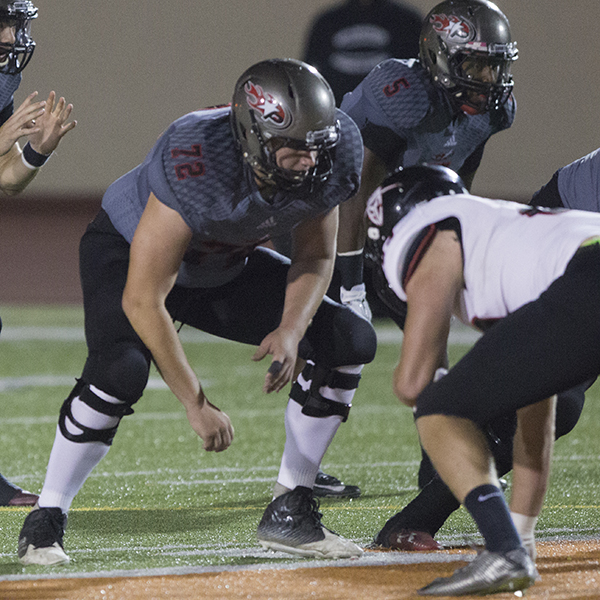 As an offensive lineman for the Comets football team this past fall, Luke Davis was an anchor on the 7-4 team that won the Patriotic Bowl. He also was an anchor in the classroom, taking 23 units and achieving a 4.0 grade point average (GPA).

For his efforts, he was named to the Pacific Coast Athletic Conference Fall All-Academic team.

“I was very honored.” Davis said. “I did it for myself and to prove that I could challenge myself as much as I did during football season.”

During the fall season, Davis would have practice Monday through Thursday for three hours, while spending three to four hours daily on class work after being in class from five to seven hours each day.

When asked if it was hard handling the things he had to do during his season, Davis replied, “It was difficult at times in the beginning but once I got in the groove, I got it all done.”

“Luke’s a grinder,” Early said, explaining that means he never gave up while playing a very physical game.

When Early was asked whether Davis struggled to focus on a game or practice because he was thinking of all the class work, Early replied, “He was always focused when it came to football.”

Coach Early explained that Davis had his priorities straight.

“Education is important in a man’s life and football is just a small part of his life,” Early said.

Davis credited his upbringing for his success.

“My parents have taught me how to be independent with doing and making decisions on my own,” Davis said, adding that he gets his work ethic and the way he presents himself from how his parents raised him.

Coach Early added that Davis is “a very humble man. He stays under the radar and doesn’t like to show off what he’s done.”