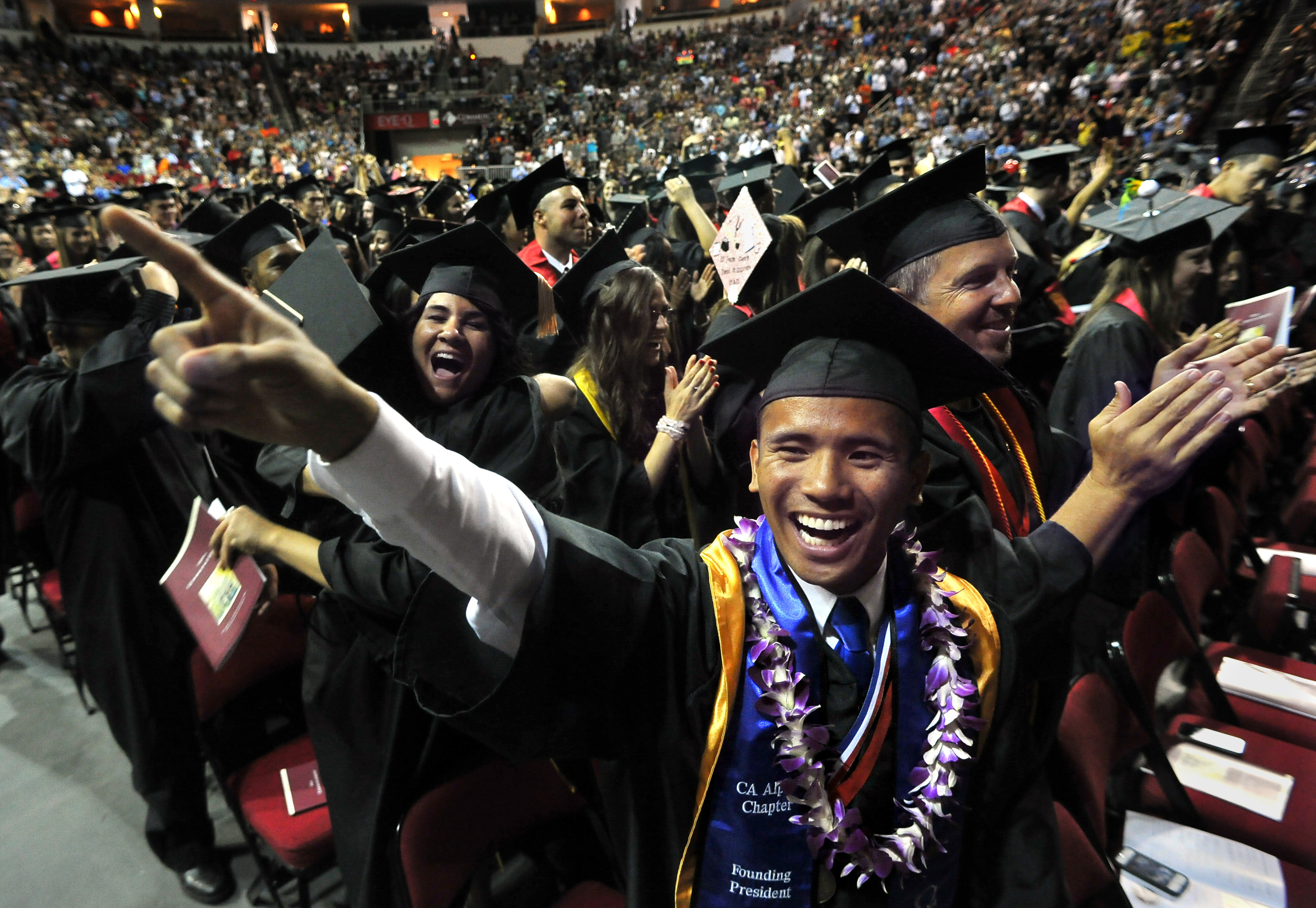 There has been a monumental change in educational legislation in California: a select few community colleges have been approved to begin granting bachelor’s degrees.

In January of 2015, the Chancellor’s Office of California Community Colleges (COCCC) announced 15 community colleges in the state would be granted the right to grant bachelor’s degrees, however Palomar College was not included in this list of pilot programs.

The Palomar students interviewed for this topic view the development of community colleges granting bachelor’s degrees as a welcome change in California, though a few said they were disappointed Palomar did not apply to be part of this program.

Palomar student Sarah Prentiss views the changes as positive, stating, “I think that it’s an amazing idea for people to be able to afford an education,” and Palomar should “absolutely” try to offer this in the future.

While she was slightly concerned that offering bachelor’s degrees at community colleges would lower the value of the degree because these degrees would only be in fields that are not currently offered at UCs or Cal State colleges, she said she is all for it.

Student Brandon Hernandez agreed with Prentiss. He said he thinks offering bachelor’s degrees is one of the “best ideas yet” in terms of educational planning, because it would give opportunities to those who would otherwise be “missing out [on furthering their education]” and this plan would encourage more people to seek a higher education.

Hernandez also stated that he feels that community colleges offering bachelor’s degrees would help the state produce a more valuable workforce that is simultaneously not in debt, and believes Palomar will, “lose more people,” because they will transfer out for bachelor’s degrees.

Palomar has two joint bachelor’s degrees in conjunction with other universities and just approved a third in nursing with Point Loma Nazarene to start this fall.

But Palomar officials did not apply to host their own degree. Only four community college districts in San Diego County notified the state Chancellor’s Office of interest to host a pilot program to award bachelor’s degrees to students, according to San Diego Metro Magazine.

The districts who submitted were San Diego Mesa College, Southwestern, MiraCosta and Grossmont-Cuyamaca. Of these, two were accredited for conferring bachelor degrees: Mesa and MiraCosta. At this time of this publication, Palomar administrators were unavailable for comment regarding why Palomar did not apply.

Allowing community colleges to grant bachelor’s degrees appears to be occurring due to a combination of an increased demand for a highly educated workforce, overcrowding at four-year universities, and inability or difficulty for non-traditional students to transfer to university for reasons such as jobs, family or housing concerns.

However, a condition has been placed on this measure – none of the degrees offered at the community colleges can also be offered at a California State University or a University of California, in order to avoid competition between the schools for students.

This means the type of degrees awarded would be in fields including: “respiratory therapy, dental hygiene, automotive technology and aerospace manufacturing technology as part of a pilot program approved by the Legislature and Gov. Jerry Brown,” according to the COCCC’s Jan 20 press release.

However, the cost of obtaining a bachelor’s degree in the fields that are provided at a community college compared to a more traditional four-year university would be dramatic; the COCCC estimates the total cost to be only about $10,000.

For low-income, non-traditional, or otherwise disadvantage students, this is an opportunity to gain access to jobs that they might not otherwise be able to hold due to educational requirements, according legislative documents.

Students worry that a lack of an advanced degree will hurt Palomar’s enrollment. Students who want to pursue a higher degree without transferring after two years may choose to attend MiraCosta or Mesa instead.

For students at Cal State San Marcos, SDSU, UCSD and UC Riverside, this change could possibly cause a decrease in the number of transfer students, if community college students decide not to transfer and remain closer to home or want to pay less money for their education.