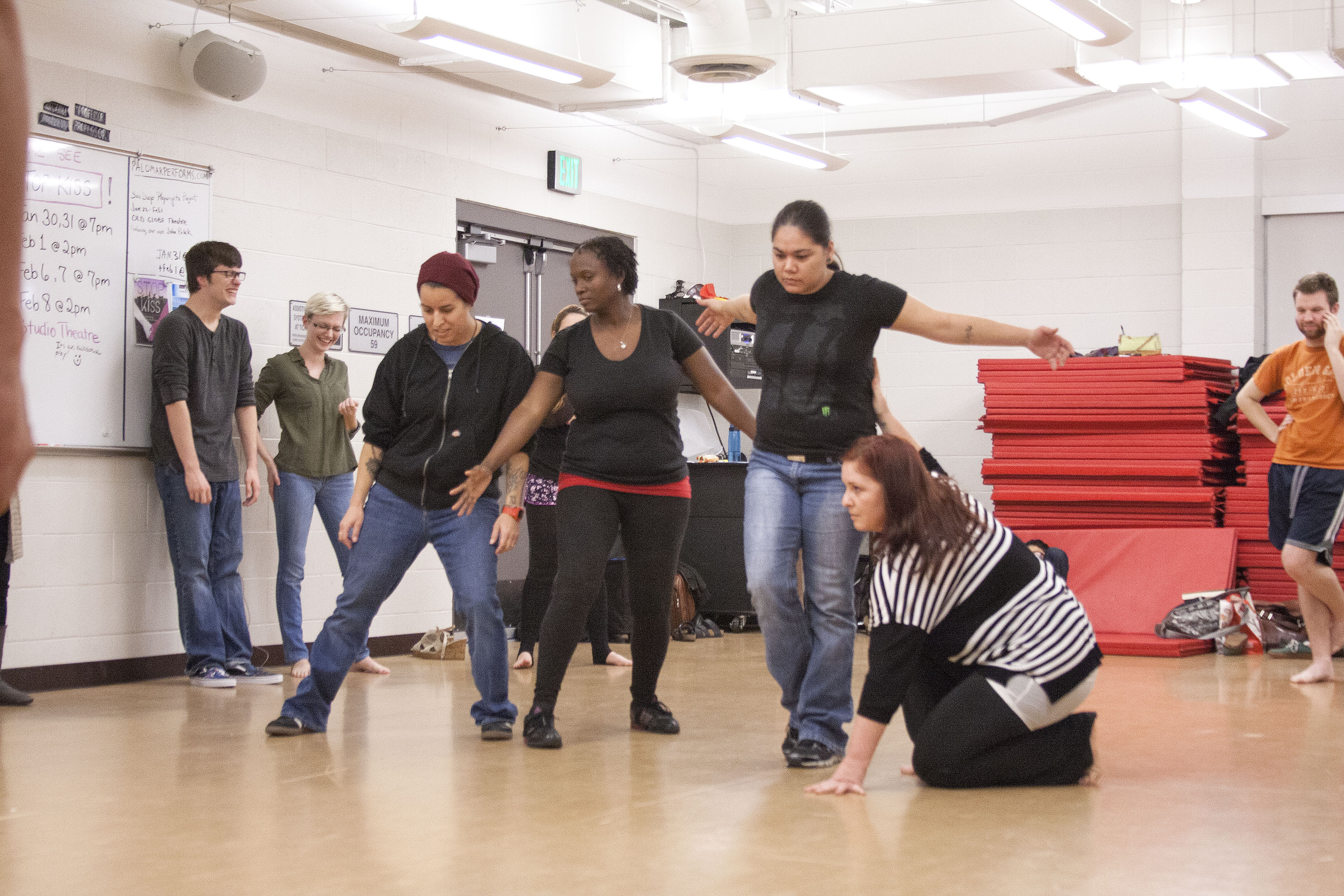 The instigator, facilitator and guide of “The Water Speaks” held an unconventional, group audition lasting more than two hours on Feb. 4.

Michael Mufson, professor of theater arts at Palomar College, called everyone into a circle as he prepared to explain the details of the performance, and what the night entailed. Close to 20 students gathered around as he began sharing information on how the production came about. “The Water Speaks” is going to be a part of the Cultural Synergy Festival in May.

The idea of water had been floating around Mufson’s head early on. It was settled upon when he discovered that the orchestra was choosing a similar theme for their part in the festival. The idea expanded throughout the Fall 2014 semester as he began working with an exploratory group of his most trusted students, Mufson said. He went on to explain that one aspect of the theme is, “how we have become disconnected from nature,” and the misconception that, “it is ours and we are separate.”

His hopes and intentions are that “The Water Speaks” will raise awareness and draw people’s attention to this “precious resource.” It will be an hour-long, interactive performance consisting of an installation art display. The majority of the installation will be made out of recycled water bottles provided by the facilities department on campus, Mufson said.

It will be a three dimensional, sculpture you can walk into and interact with, he added.

Mufson does not want to create a lecture on the subject; instead he said he wishes to generate an uplifting, hopeful, humanistic, and natural experience. This is his fifth or sixth project of this nature, and he stresses the importance of the participants being able to collaborate with each other.

As the group of auditioners listened closely, the workshop-style audition began, and Mufson led them through a series of warm-up exercises. Taking deep breaths, and stretching together, was the start of their journey to connect. Every exercise performed was a mission to remain in unison.

After a few introductory exercises, the participants were divided into small groups. This is where they shared what they had prepared for the audition. The focus of the audition was not on individual performances. It was about creating something new from all of their ideas put together, he said.

The question being asked, and answered is “if water could speak, what would it say?” A Tumblr blog was created where people can post their answer to this question. Mufson will also be asking different classes on campus to participate, and will be heading off campus to find answers as well.

Even though the audition was non-traditional, and unlike anything that was expected, it was received well by the participants.

Camille Liim, a theatre arts major with an emphasis in costume design, was surprised by the way the night went. “I didn’t know what to expect. I like the theme, and I think it was a pretty good crowd,” she said.

A diverse group of students showed up to the audition. This was exciting for many of the exploratory group members to see.

Claire Smith, a radio and television major and exploratory group member, was pleased with the turnout. “I think it could be great with every single one of them,” she said.

According to the Palomar Performing Arts website, the audition winners have been chosen. Rehearsal times have been set up, and their first assignment has been outlined. Over the next 12 weeks, the newly selected cast will be at work to create an original, synergetic performance.