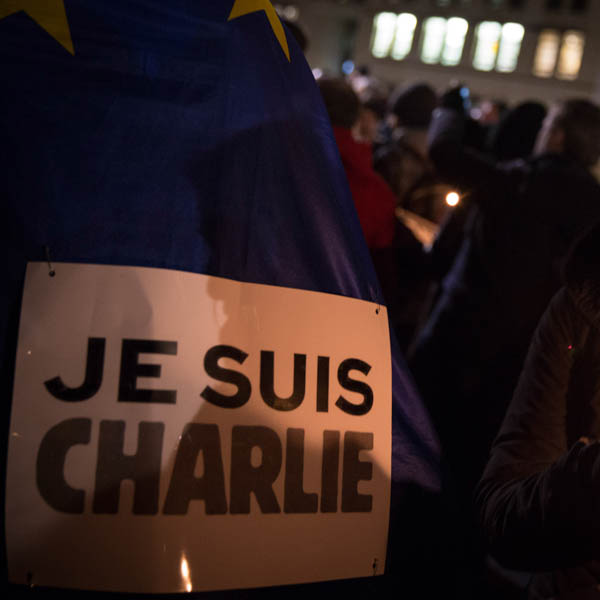 Freedom of speech is the lifeblood of democracy.

Without our ability to accurately and truthfully share information, freedom will eventually wither and die.

Last month, an attack on French weekly magazine Charlie Hebdo left twelve people dead. The publication often had content that was critical of the far-right wing and religion, particularly Islam. The two gunmen who entered Hebdo’s office were Muslims.

Since this assault, thousands of people across France and the world came out in favor of free expression with a simple mantra: “Je Suis Charlie.” (“Je suis” being French for “I am.”).

Like most trends born in the Internet age, this simple phrase took off across the world. Plastered across social media sites, it soon became a global trending topic.

Not surprisingly, many activists were also quick to deride and criticize Islam. This isn’t constructive.

We have to look at these things in perspective.

Many of us probably imagine ourselves advocates for free speech. Few of us would agree with limits on what can be said, especially in our digital age.

But consider how much free speech is already limited. In France alone, there are legal restrictions on free speech. Hate speech and advocating for political violence are both banned.

These legal restrictions aren’t bad ideas. Non-constructive, damaging and demeaning speech can be dangerous, sometimes emotionally and physically so.

But we have to realize the double standard. We only like the idea of free speech when it doesn’t offend us. We only like it when it’s about “them” and not “us.” This dynamic isn’t healthy.

For example, there are certain cable news networks in America that consistently come out in favor of one religion over the other. They publicly praise Charlie Hebdo’s satire of Islam while turning around and viciously attacking if anyone ever says a bad word about Christianity. This dynamic isn’t healthy.

We exist in a global culture that claims to be above discrimination due to race, gender or religion. But we are still divided, we think of the world through the lens of what separates us rather than what brings us together. This dynamic isn’t healthy.

What we need is a better understanding of cultural differences. We need critically-thinking individuals to draw conclusions about the world rather than just blindly believing whatever they’ve been taught. We need to expand our focus to include all races, creeds and religions.

Being critical of religion is okay. Intelligent discourse on belief systems and different ways of living is important for both sharpening and questioning our beliefs.

Being offensive simply for the sake of being offensive, rather than for purposes of discussion or question-inducing satire, is not okay.

We need to be more tolerant of each other and intolerant of socially-constructed divisions. Being critical about religion may be offensive, but it should not draw the type of reactions we’ve seen.

The problem isn’t a lack of free speech; it’s a lack of intelligent things to say.

There are vast and complicated issues in the differences between cultures. Making it an “us” versus “them” issue and reducing complex arguments into a three-word saying isn’t productive.

Published in Home and Opinion