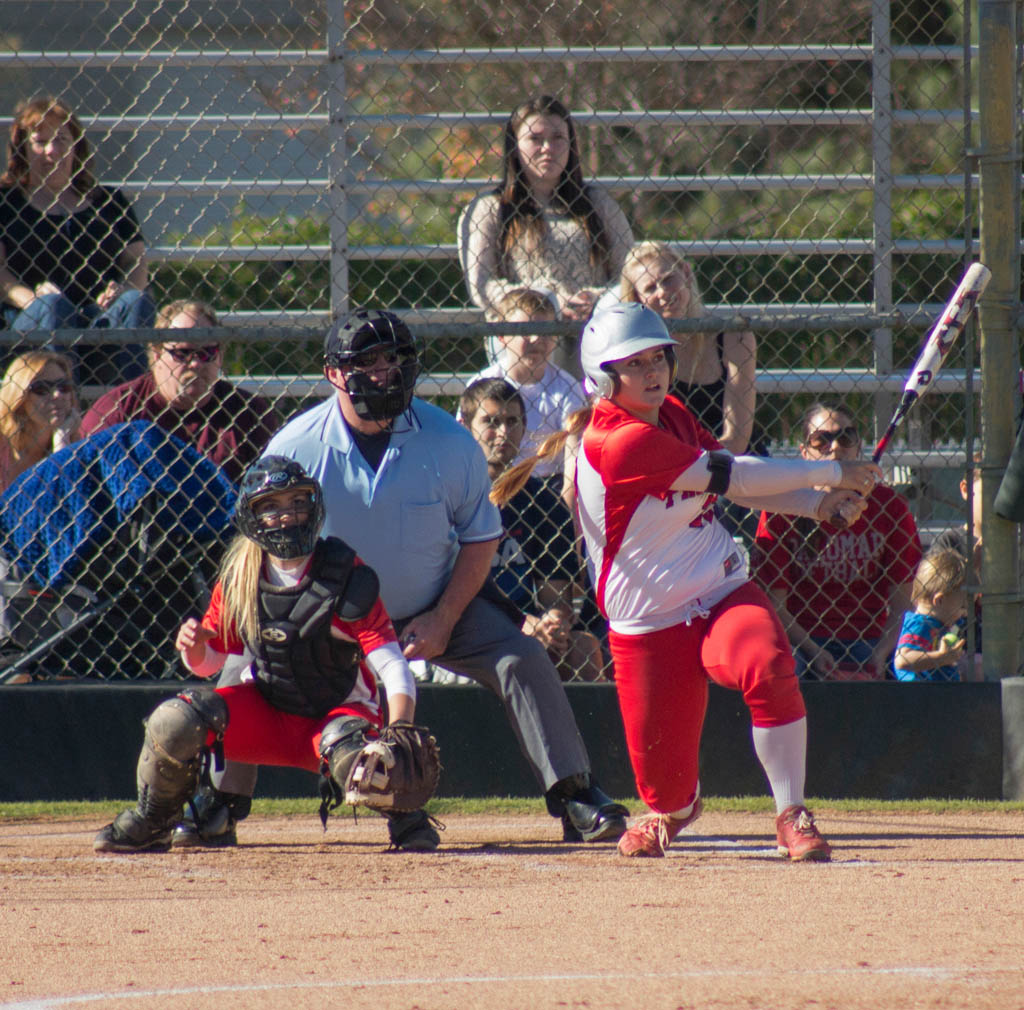 Palomar’s softball team is looking to rebound from a disappointing end to their 2014 season, when they were eliminated in the CCCAA Super Regionals.

The Comets, lead by Coach Lacey Craft, finished with a 33-6 overall record (including a perfect 18-0 in the Pacific Coast Athletic Conference), but lost to Santa Ana and Cerritos in the Super Regionals, losing out on a chance to defend their state championship from 2013.

This season will present some challenges for Craft and her squad. Only five players are returning from last year’s team, including PCAC Player of the Year shortstop Kali Pugh and All-American Community College First Team outfielder K.K. Fronda. But, that isn’t deterring Craft from having a positive outlook.

“We’re gonna be a little younger, but we have really good talent, and should continue to improve as the season goes along,” Craft said.

With ten freshman on the team, the Comets will definitely be tested, as they have one of the toughest schedules in the state. Among the big games they will be playing this year are home games against the nos. 2 and 3rd-ranked teams from 2014, Mt. San Antonio College and Santiago Canyon.

Despite the influx of freshmen, Coach Craft is set on one solitary goal: winning the Pacific Coast Athletic Conference.

“Our first priority is to win the conference,” Craft said, “and if we can do that, I think we have a good chance at making it to the state championships.”