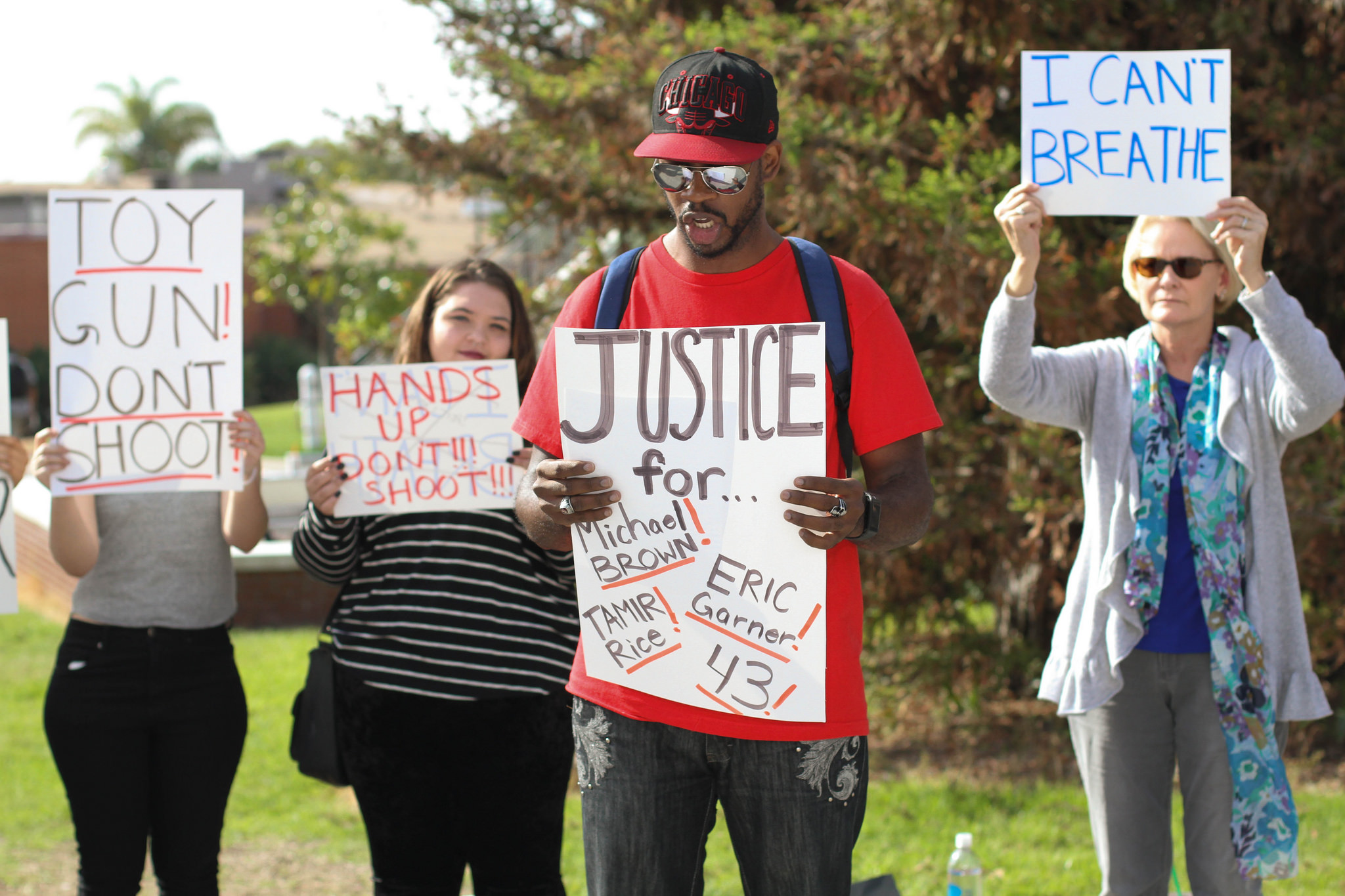 Palomar student/veteran Christopher Walker, 27, reads a speech during an anti-police brutality protest on the Student Union Dec.  10. Video by Casey Cousins | The Telescope

While students were receiving back massages and petting puppies during a college event called De-Stress Fest, a few individuals took a stand in the name of justice.

Earlier Wednesday, a group of 11 students and staff stood in the Student Union protesting the recent allegations of racially-motivated police crimes against Eric Garner, Michael Brown and Tamir Rice. Holding up signs that said “Stop police brutality,” “Black lives matter” and “No justice no peace,” the group reached out to any students and staff walking by.

Natalie, 27, the group’s organizer, came up with the idea while watching the news about the Garner aftermath.

“I spoke with my teacher, and she helped me put it together, and now here it is,” said Natalie, who declined to give her last name. “We’re just hoping to get people to listen.”

Natalie has also been protesting on behalf of the group United Against Police Terror, a San Diego-based grassroots movement formed to educate people about police violence.

The protest consisted of a speech, a four-minute “die-in” on behalf of one of the black males shot by white police officers, Michael Brown, and a march across campus to spread their message. Police officers across the campus were on standby in the event that there was any violence.

Christopher Walker, a 27-year-old African American who is majoring in social work, gave the speech, which was written as a message to inform the school to speak up against police violence.

“People are afraid to speak up,” Walker said. “It goes far beyond just us as individuals.”

Walker, a veteran who served in Afghanistan, spoke about how he fears for his family and how America in general is afraid to speak up against racism.

“I’m afraid for my children (a one-year-old daughter, and two sons, ages two and three) and where law and justice is going to be when they need it,” Walker said. “I’m not saying all cops are bad, but it starts from the top, down.”