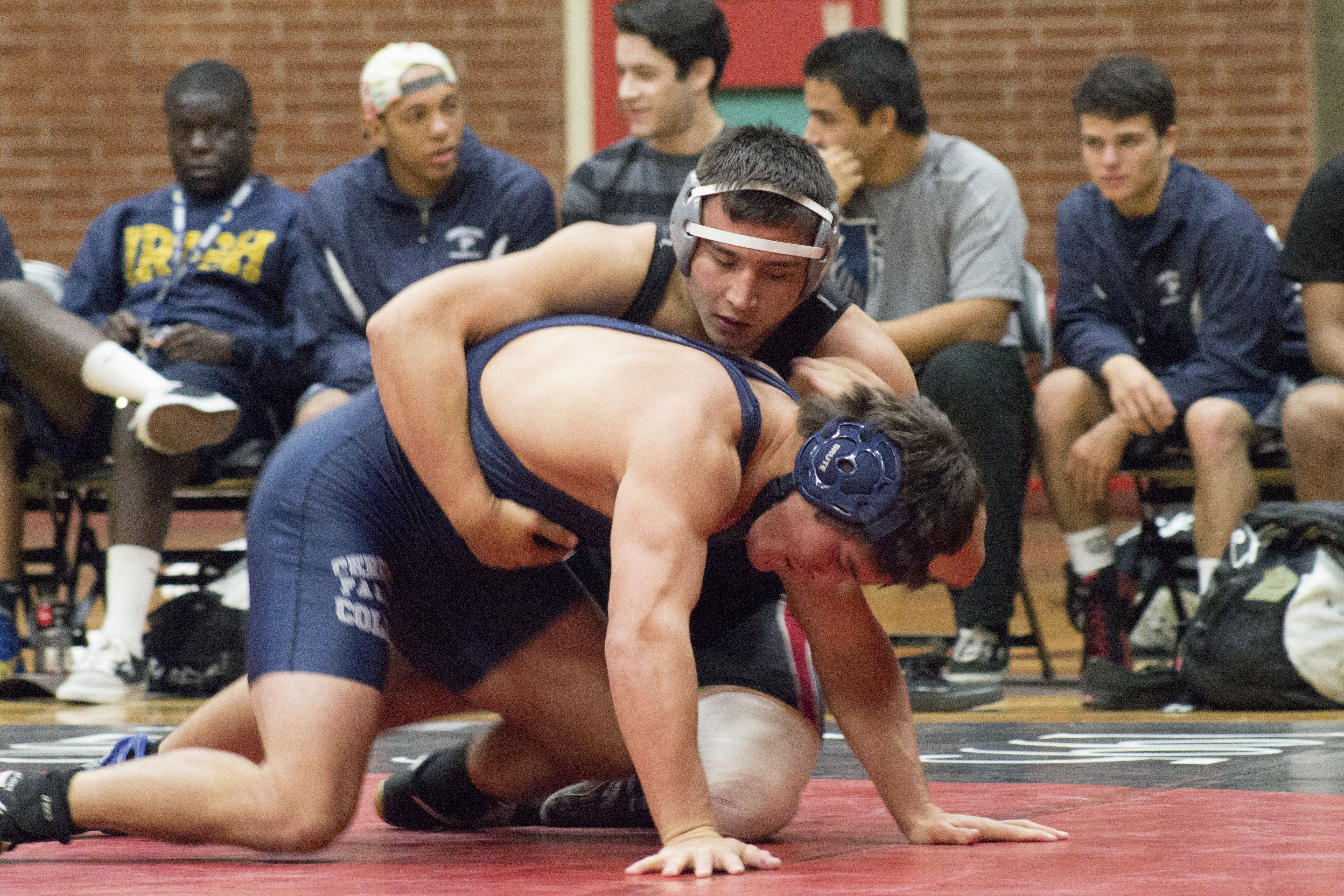 Cerritos College snuffs out the Comets

Cerritos College’s wrestling team, ranked #1 in California, visited The Dome on Nov. 5 with one goal in mind: destroy and dominate. And that they did.

The Falcons beat the #4-ranked Comets 25-9 in a Southwest Conference matchup that featured five, No.1-ranked wrestlers. The Falcons’ Dustin Kirk (No. 1 in the state at 133 pounds), A.J. McKee (157 pounds), Keanu Tom (165 pounds) and Robert Chism (284 pounds) all won their respective matchups, with the Comets’ Alex Graves retaining his No. 1 ranking at 184 pounds with his victory over #3-ranked Max Kumashiro.

The upset of the match came from Brad Schwarze, who beat state No.5-ranked Oscar Martinez 8-4 in the 197-pound category.

Schwarze, a freshman transfer from Orange County Community College in Middletown, N.J., wrestled for the first time this season after spending a majority of it trying to get to the 197-pound weight limit.

The team is now 9-3 going into its regular season finale against Cal Baptist University’s “B” team and the USC club team.