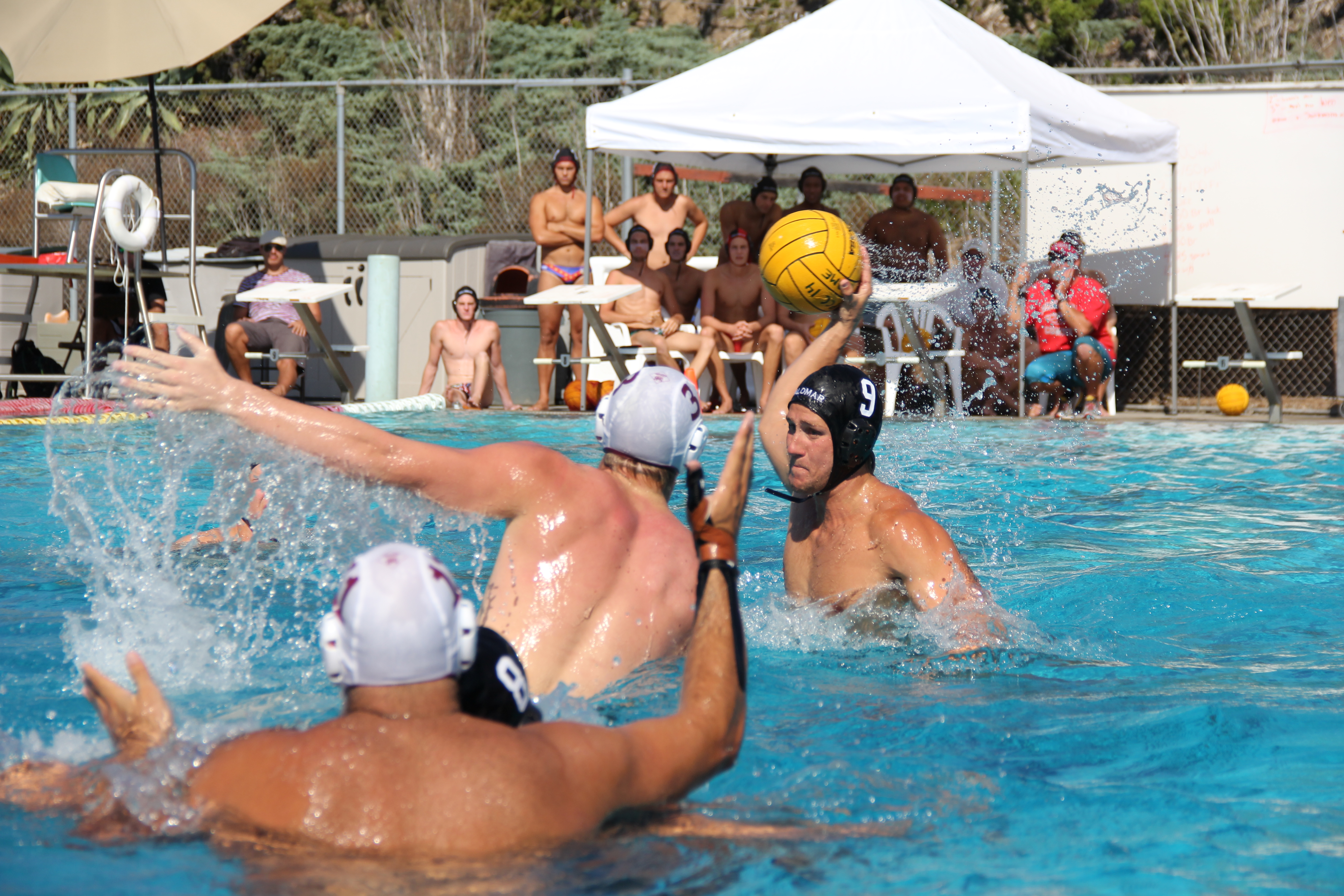 After a rough 2013 season, the Palomar men’s and women’s water polo teams looked to the 2014 season with high expectations. And while they didn’t quite get where they wanted, both teams made their mark on the Pacific Coast Athletic Conference.

Aronen was named PCAC Coach of the Year for his efforts, and missed being named state Co-Coach of the Year by one vote. The team eventually lost in the first round of the Southern California Regionals to Los Angeles Valley College.

The women’s team had to regroup this season from the loss of longtime Head Coach Kathy “Gubba” Sheehy, who missed this season to recover from surgery. In her place was longtime swim Coach Jem McAdams and Assistant Coach Jackie Puccino.

Though the team finished 12-16 (3-6 conference), good enough for third in the conference, Puccino claimed the PCAC Coach of the Year for the women’s side. Sophomore Kelly Harris and freshman teammate Emilee Foltz were named as All-PCAC First Team members.