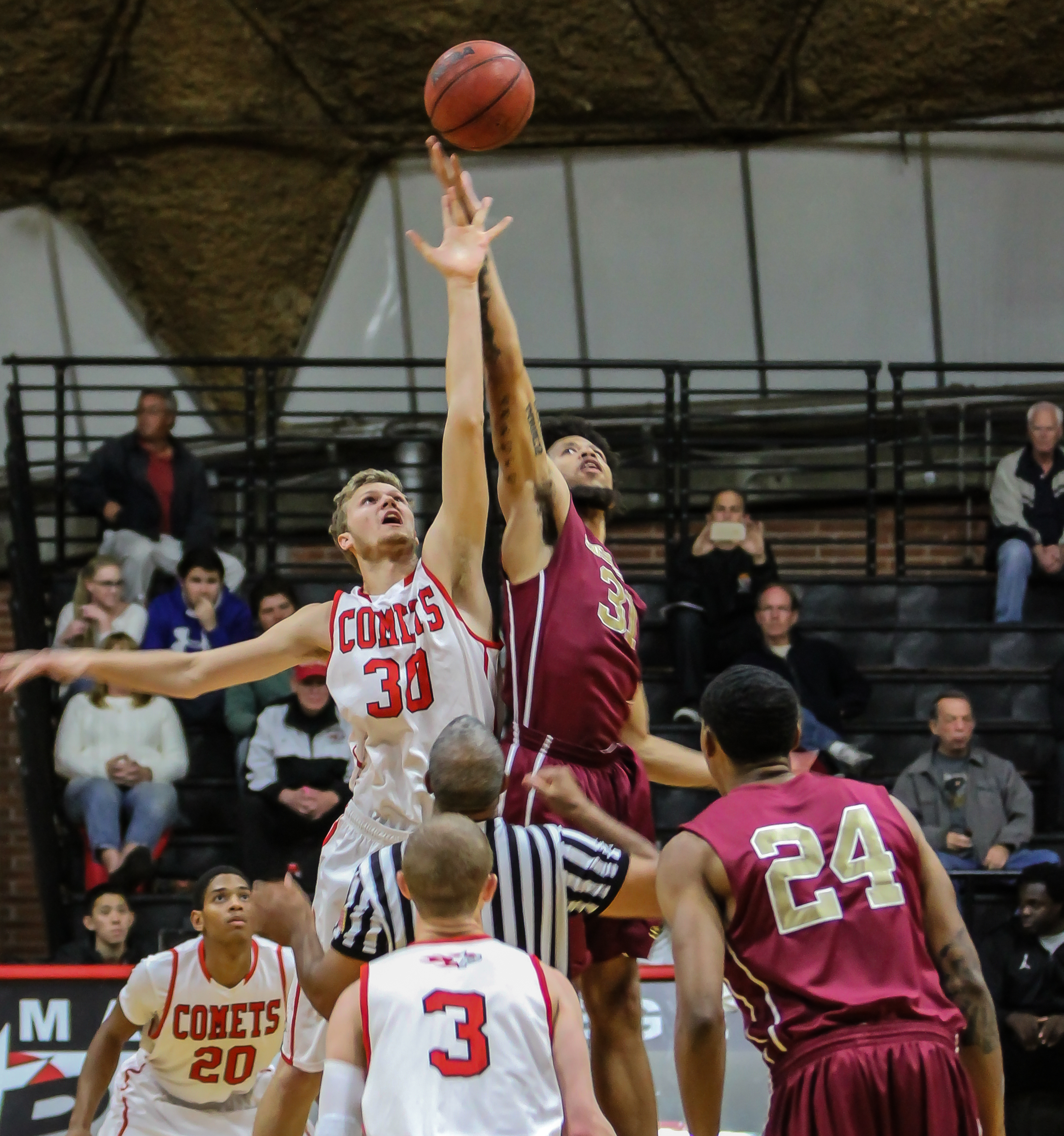 “What is your main goal for the Tournament?” the team was asked after critiquing their last game.

“Winning!” they yelled in unison, laughing and giving high fives.

While they celebrated with every score and critiqued every accidentally bad move, they prepared for the Thanksgiving Tournament.

“I love this team, they’re so much fun to be around,” Head Coach John O’Neil said. “This is a very unique group, we’re very blessed with these kids.”

During Thanksgiving Break, the team hosted its 10th Annual Thanksgiving Tournament where teams from various schools come to compete against the Comets.

The Tournament started in 2004 with O’Neil. He had been head coach for roughly two years and had lead the 2002-2003 team to its third Pacific Coast Conference Championship in four years.

“There was a long break between the tournaments were in until December,” O’Neil said. “So we just thought ‘Why don’t we see if we can start a Thanksgiving Tournament?’ So we did.”

This simple whim of a decision has led to a rare tradition here at Palomar College.

However, like most traditions, it had a rocky and comical start.

Coach O’Neil stated that one of the most memorable moments of the tournament was from the first tournament, when they couldn’t get eight community college teams together.

They managed to get a team together with people from Vandenberg Air Force Base, they came down and played.

Then the coach asked one of the former players if he could get a team together.

That makeshift team for the first tournament consisted of former players from Palomar College: Dante Carey, who is now a basketball coach at San Marcos High School. Chris Featherly, the head coach at Orange Glen High School. Chris Crouch who is a girl’s basketball high school coach at Mission Hills. Finally, Jeremy Vague who played at San Marcos went on to play for Utah State.

This team didn’t pay anything when they played the first Thanksgiving Tournament, they were just there as a filler team to play against the Comets.

The makeshift team agreed to lose so the Comets could move forward in the Tournament which was the only condition made.

However, things didn’t go quite according to plan.

“They got so competitive, it was a pretty close game and they said ‘No coach, we’re not losing,’” Coach O’Neil said. “They beat us, and I was so pissed.”

After they beat the Comets, the makeshift team went on to play Fresno, who had won the State Championship the year before and had hardly suffered any losses in 2004.

They beat Fresno by double digits.

“They ended up winning the whole thing,” he said.

While there haven’t been as many moments to compete with the memory of the first game, the Palomar Thanksgiving Tournament is still a huge deal every year.

Even though other schools have started offering the same kind of tournaments, such as Bakersfield and Riverside, to fill the awkward space in the season, Palomar still has several teams that come back.

Los Angeles Trade Tech has been a regular particpant since the Tournament’s conception, and the Pasadena and Fullerton community colleges were always in until last year. Saddleback, Miramar and Southwestern have been regular participants in the past few years as well.

For this year, Palomar’s team was so energetic and excited about working together to win the tournament players said.

“This is our house, this is our gym,” Jeremy Franklin, who is majoring in kinesiology, said. “You can’t come into our house and win. It doesn’t work like that.”

James Sampson and Keith Houston agreed, saying how they were definitely going to win. It was not up for debate.

In the end, the Comets won three out of four games during the tournament.

On Nov. 27, the Comets won 84-48 against St. Katherine but the following day they lost 50-52 against Southwestern.

The Comets finished in third place for the Thanksgiving Tournament.