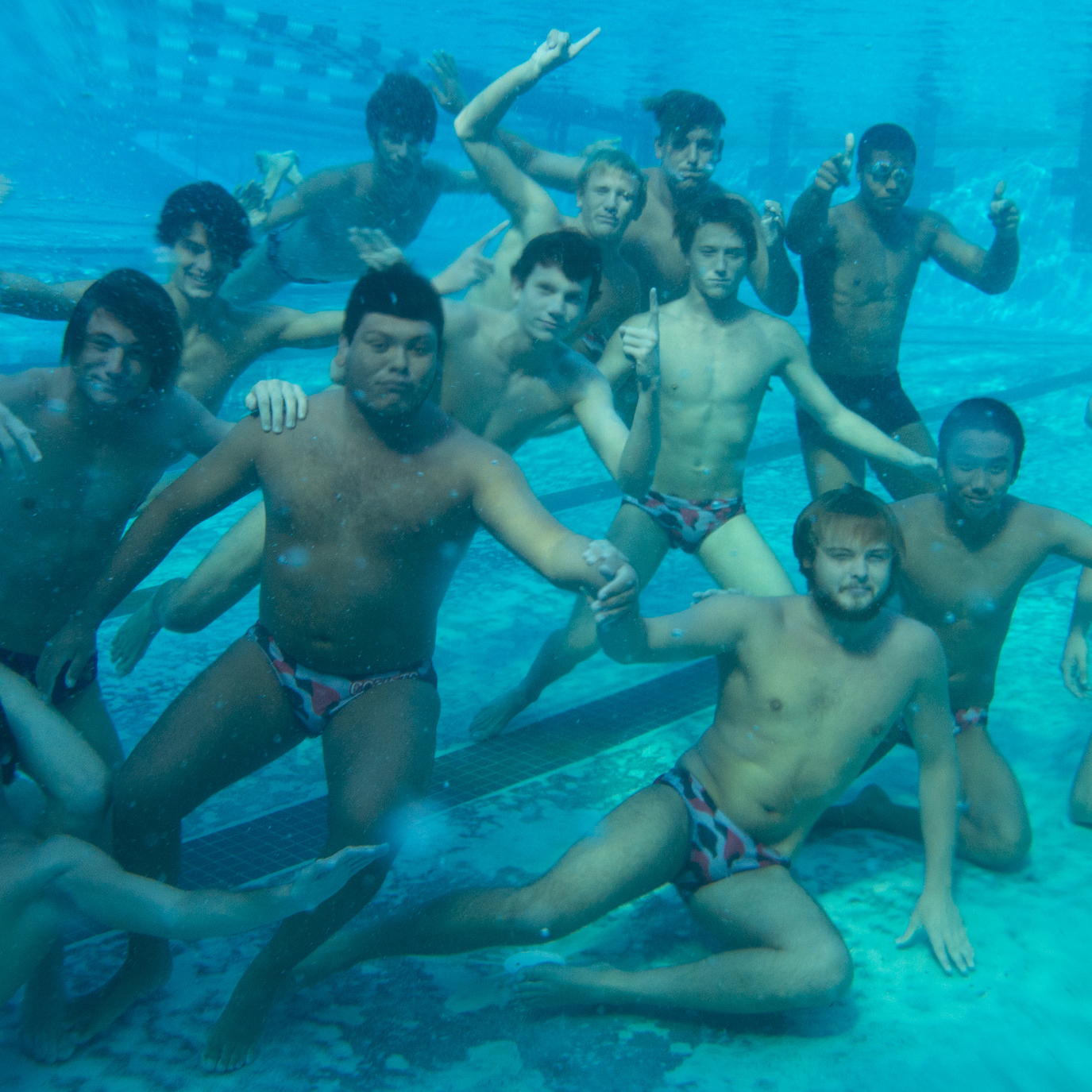 From sinking ship to kings of the swimming pool

As famous rapper Drake said in his song “Started From The Bottom,” the Comets men’s water polo team started from the bottom, and now “they’re here” on top.

After suffering through a 2013 season in which they tied for fourth in the Pacific Coast Athletic Conference, the team grouped together to post a 19-8 record (7-3 conference) and claim the PCAC championship.

Chad Aronen, in his second season as head coach, said he has seen a big difference in his sophomore season, and credited it to the eight returning members from last season.

“The returners already understand there’s a big jump between high school and junior college water polo,” Aronen said. “They know the difference, they’ve already had the experience and they’re passing it on to the freshmen.”

One of those returning players, utility player Rich Farley, has been a guiding force for the championship team, Aronen said.

Farley, who is currently being recruited by University of California San Diego, said that the team gets along a lot more compared to last season, when most of the team were freshmen.

“The compatibility of the team is a lot different than it was last year,” Farley said. “It’s easier to work with other people who are here to push themselves and succeed.”

The team finished their regular season on an eight-game winning streak. Starting with a win against Riverside City College at the 10th annual RCC Mini-Tournament, the team then won four straight to claim first place at the Saddleback Tournament.

The last two wins, coming against San Diego Mesa and last season’s PCAC champion Grossmont, turned out to be the most important. Not only did Palomar clinch the PCAC championship, the players have also secured a spot at the SoCal regional tournament.

The team, currently ranked 13th in California out of 76 community colleges (sixth in Southern California), owes a lot of its success to its recruiting. Freshman starting goalie Ryan Lozano, a product of Vista High School, said that Palomar’s past success was a huge factor in why he came to the school.

“I think that they have one of the strongest upcoming programs, getting the best players from a lot of the local schools,” Lozano said.

With 12 of the 20 members being freshman, the squad has had its share of struggles this season, but Coach Aronen said he feels they have done a great job contributing to the team’s success.

“The new freshmen are doing the best they can, following the sophomores’ lead, and some are even exceeding expectation,” Aronen said.

Sophomore Kody Moffatt, a utility player, echoed the coach’s sentiments when it came to how he felt about the growth of the freshmen.

“I think there’s been constant improvement throughout the season,” Moffatt said, while adding that it’s been three years since he’s been in the pool himself.

The true test for this team will be the SoCal regionals, where they will be facing third-ranked Los Angeles Valley College in the opening round.

Moffatt, who will be attending Azusa Pacific in the Spring to earn his master’s degree in physical education, said he feels confident in the team’s chances to further succeed.

“All around, I think we’ve kinda left the valley and we’re heading to the mountaintop,” Moffatt said.