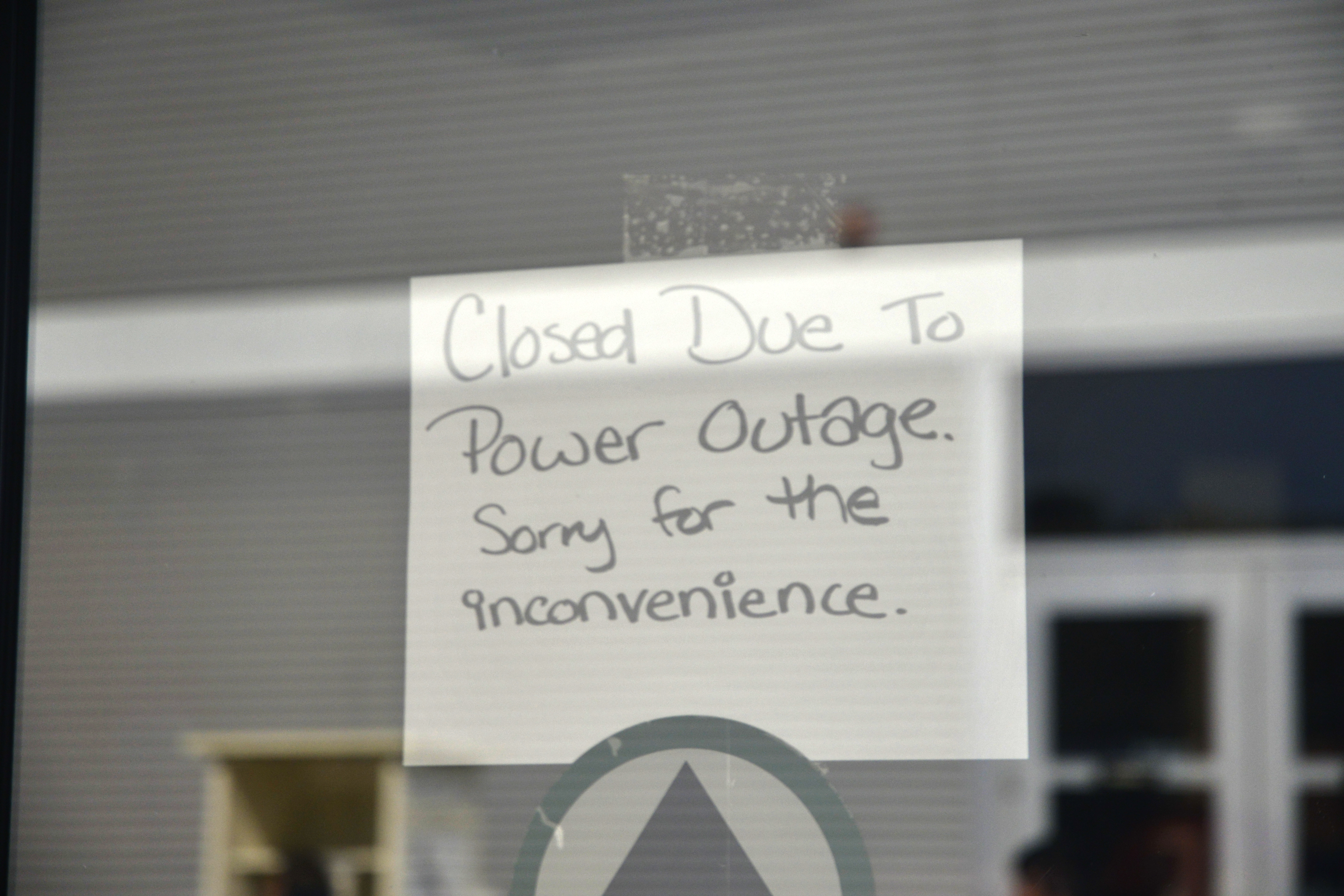 The power was off for nearly two hours on Monday morning causing classes to cancel and students to wait.

The power outage occurred Nov. 10 at 10:38 a.m. and affected the West San Marcos community, temporarily closing down 11 businesses and cancelling all morning classes on campus. At 12:26 p.m. the lights turned back on at Palomar College.

While faculty was ordered to stay on campus, students debated whether they should remain on campus to await future announcements or go home.

Kellen Stubes, a 19-year-old-engineering major, was in the middle of working on his English 202 essay in the library when the power went out. A fellow classmate, Chris France, was just starting his. Both students were pondering whether it was worth doing the assignment after the outage occurred.

“We’re screwed,” France says while Stubes adding, “We’re trying to debate whether it’s worth it to go home and do the assignment, or if we’re just not going to do it.”

Palomar has a backup generator but it only affects Information Services and Campus Police.

KKSM, the campus radio station, is also affected by the outage. The station switched to emergency feed for a signal but its Cox Cable and internet feed are down, according to its Facebook page. The station hasn’t posted anything on its social media page since.

Palomar College officials announced the power was expected to be back on campus at 1:30 p.m. and classes cancelled until 2 p.m.

Despite the outage, the Veteran’s Day Ceremony is still happening on the grass near the Student Union on the San Marcos campus.