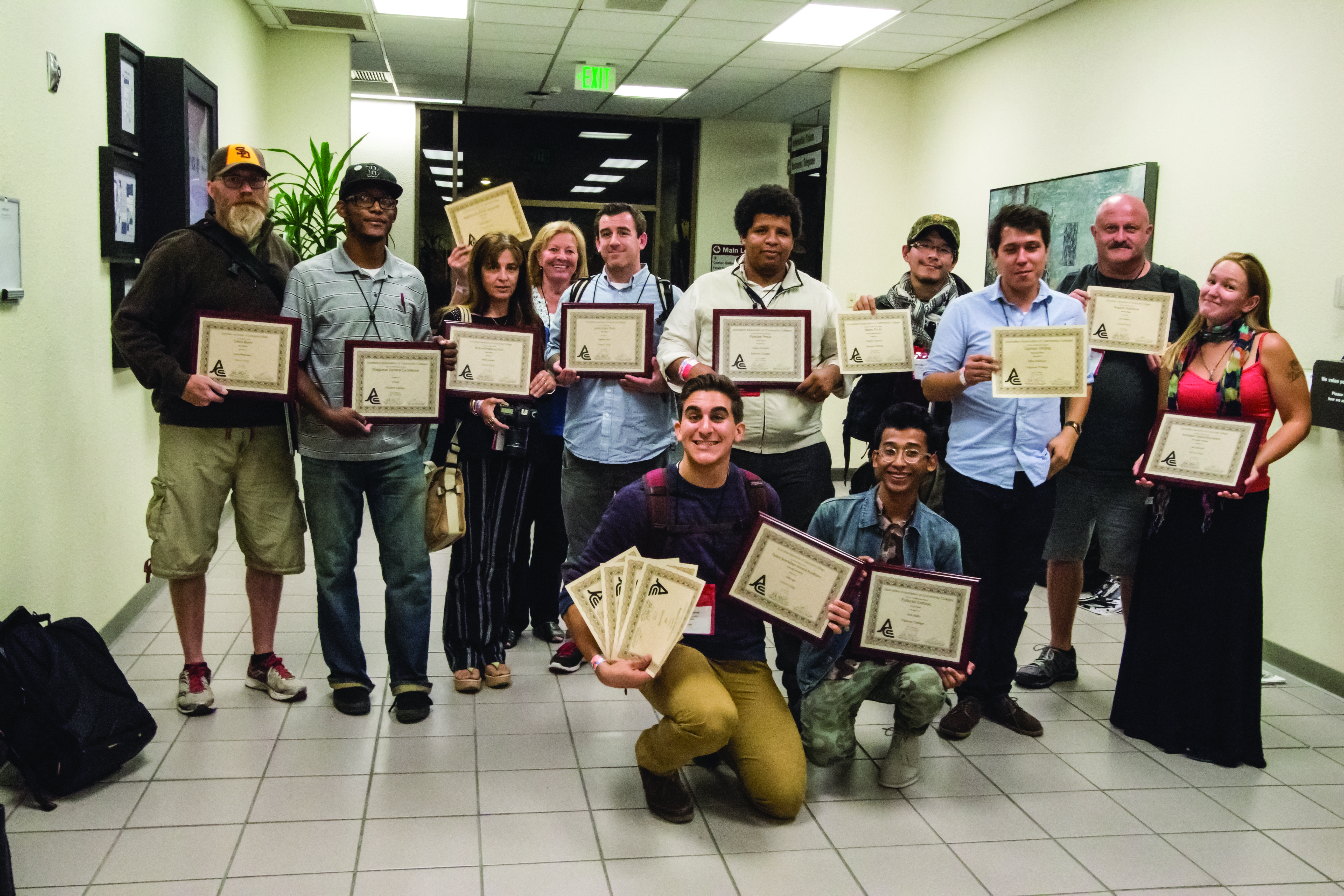 Palomar College faculty sent 12 students from The Telescope newspaper to the Fall 2014 Journalism Association of Community Colleges (JACC) convention at California State University Fullerton. The event, held the weekend of Oct. 17-18, is dedicated to promoting and supporting community college journalism students in southern California. Consisting of guest speakers, workshops and competitions it allowed attendees the opportunity to network and train with other college newspaper staffs.

“The weekend always teaches the students so much about journalism and gets them excited about a career in the field,” The Telescope staff adviser Erin Hiro said.

Students representing Palomar took home multiple accolades from the two-day event. Sports editor for The Telescope, Chris Bullock, placed second in the on-the-spot sports writing competition. The JACC event had Bullock and other school’s sports journalists attend a soccer match without any prior knowledge of the teams involved and generate a report within an hour. He also attended workshops at the conference that focused on newspaper layout design and public relations. Bullock said he felt that the experience served him well.

“I made connections with other editors, talked to pros about how they honed their craft and received a few tips and tricks from them about writing. I gained more confidence in myself as a writer,” Bullock said.

Getting newspaper staffs from 25 colleges around southern California together also gave students a chance to learn outside of the convention. Impromptu meetings were set up where editors and writers discussed how they succeeded in newsrooms and what they could do to further improve their papers.

As a collective group, The Telescope newspaper received JACC’s General Excellence accreditation for both their print and online editions from work done in the previous two semesters. Palomar’s magazine, IMPACT, was also awarded the title.

“(Going to JACC) gave me a new found sense of passion,” Peterson said. “A lot of the speakers there were professionals, they started out as community college students themselves and have gone on to illustrious positions. It’s inspiring to see someone go from where you are now to where you want to be.”

The conference cost $1,300 and was paid for by co-curricular money from the college. Palomar students paid $40 each to attend.