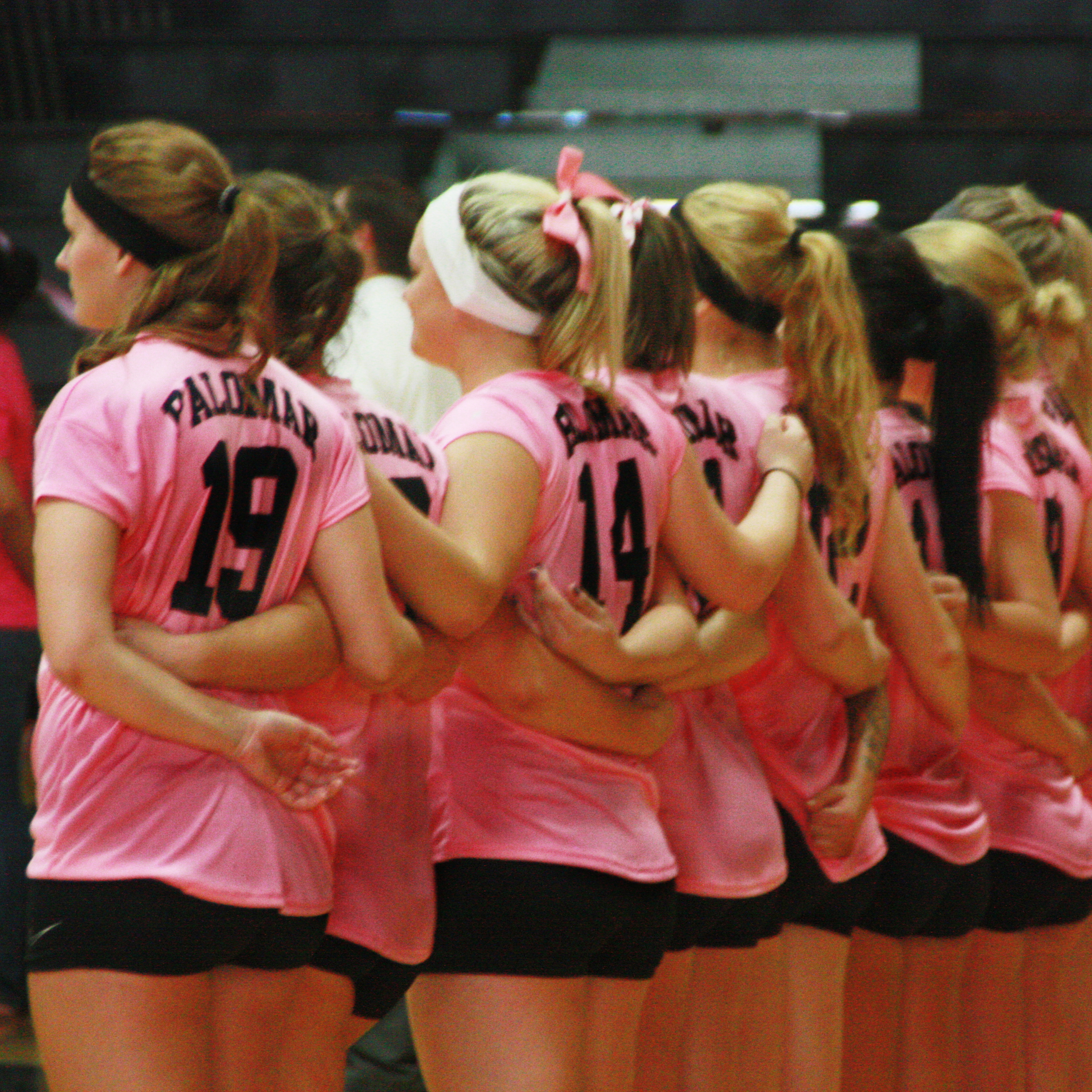 Comet’s Volleyball celebrated its ‘Think Pink’ night for Breast Cancer Awareness with a 3 set to 1 victory over the visiting Mt. San Jacinto Eagles.

Donning pink jerseys for the occasion, Palomar and Mt. San Jacinto split the first two sets, the Comets winning 25-18 in set 1 and the Eagles responding with a hard fought set two win, 25-23.

With the sides deadlocked, middle blocker Maci Lerno’s four kills, one ace, and block helped Palomar put away set three 25-21. The Comets withstood Mt. San Jacinto’s atttempts to level the match and force a final set, battling back to take the fourth set 25-23.

Lerno registered 13 kills and 14 digs in the match. Sophomore Rylee Zimmerman also played well, tallying 8 digs and 10 kills, two of them late in the fourth set to put the match away.

The Comet’s are now 13-3 this season and hold second place in the Pacific Coast Athletic Conference while being ranked No. 16 in the state. Their next home match is at 5 p.m. Friday Nov. 7 at the Dome vs. MiraCosta College.