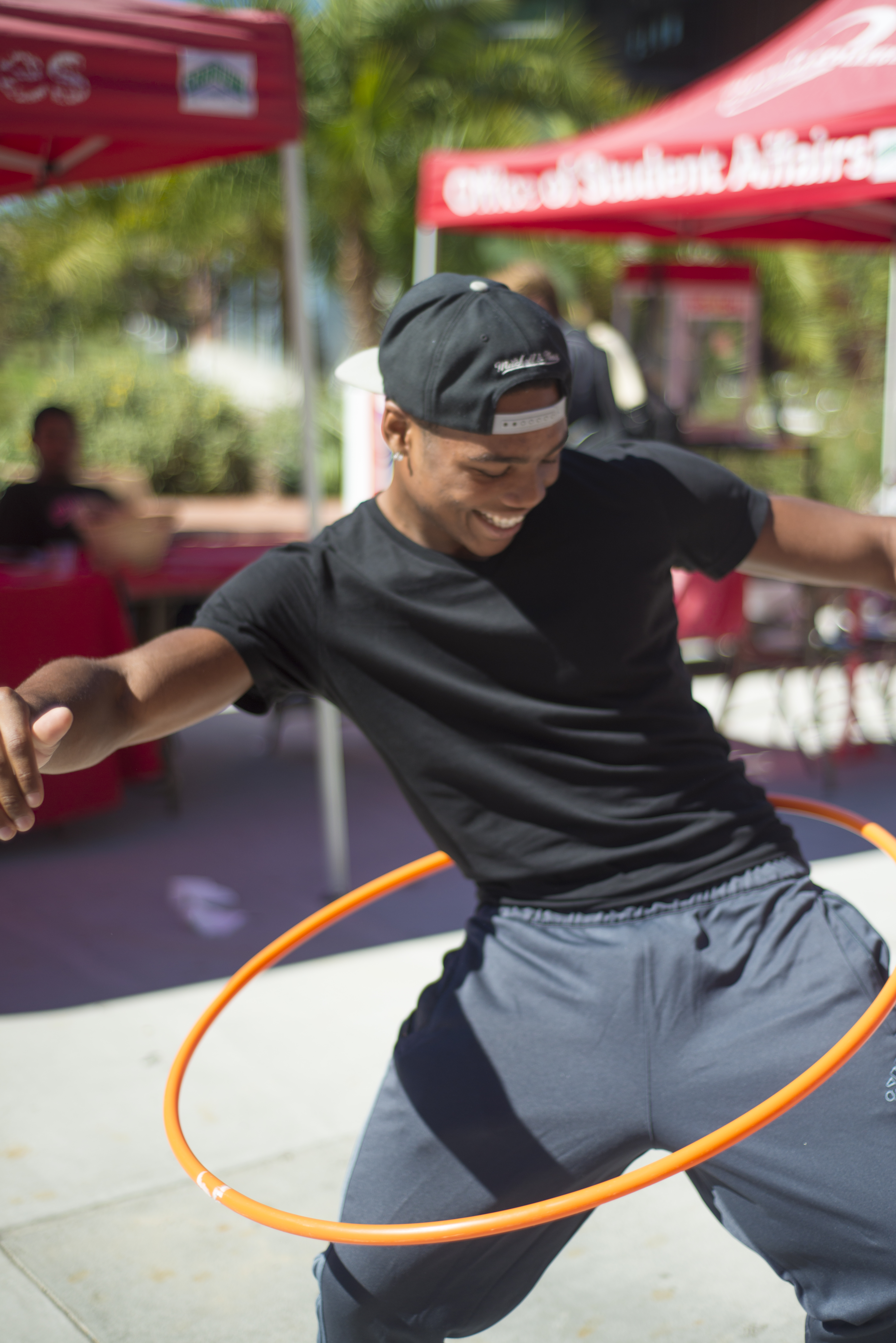 In the midst of midterms, the Associated Student Government hosted a two-day event that gave students a chance to take a study break on campus.

Music streamed from speakers near the Palomar College cafeteria as students temporarily forgot their looming midterms to check out Comet Celebration on Oct. 22 and 23. Highlights from the event include a pie-eating contest and a large, multicolored inflatable slide for student use on the lawns near the clock tower.

The event had several booths from campus organizations, including Ballet de Folklorico of Palomar College, the Native American Student Alliance, Puentes, the Child Development Club, the Game Design Club, the Office of Student Affairs and the Associated Student Government. Students had the opportunity to play simple carnival-style games and win tickets at the club booths, which could be exchanged for small prizes at the ASG booth.

ASG Senator and Inter-Club Council Chairperson Meeko Moore estimated that it took ASG about one month to coordinate Comet Celebration. She said that the purpose of the event was to provide students with something to look forward to on campus.

“(It) gives them the motivation to come to school … It’s fun to take a break from classes and come play games,” Moore said.

Moore seemed pleased with the turnout for the event, noting that there was “so much student participation.”

In addition to a traditional carnival game, the Game Design Club offered a computer game for students to try out. According to Game Design Club Vice President Zac Sarachman, the game was designed by club members, who competed in a one-week challenge to create a game specifically for Comet Celebration.

Sarachman said that he thinks Comet Celebration was a worthwhile event not only for students, but also for the clubs who participated. He explained that participating clubs receive points from the Inter-Club Council, which qualifies them to compete for funding.

“In a rather roundabout way, this (event) does help,” Sarachman said.

Palomar student Audry Gonzales-Juarez, 48, stopped to play a game at the Game Design Club booth, where she won a ticket for knocking over a stack of empty bottles with a tennis ball. As an employee at the campus bookstore, she said she likes attending campus events during her break time.

Gonzales-Juarez also said she is glad ASG coordinated this particular event at a time when most students are stressed about midterm exams. She added that she would definitely like to see more campus events like Comet Celebration in the future.