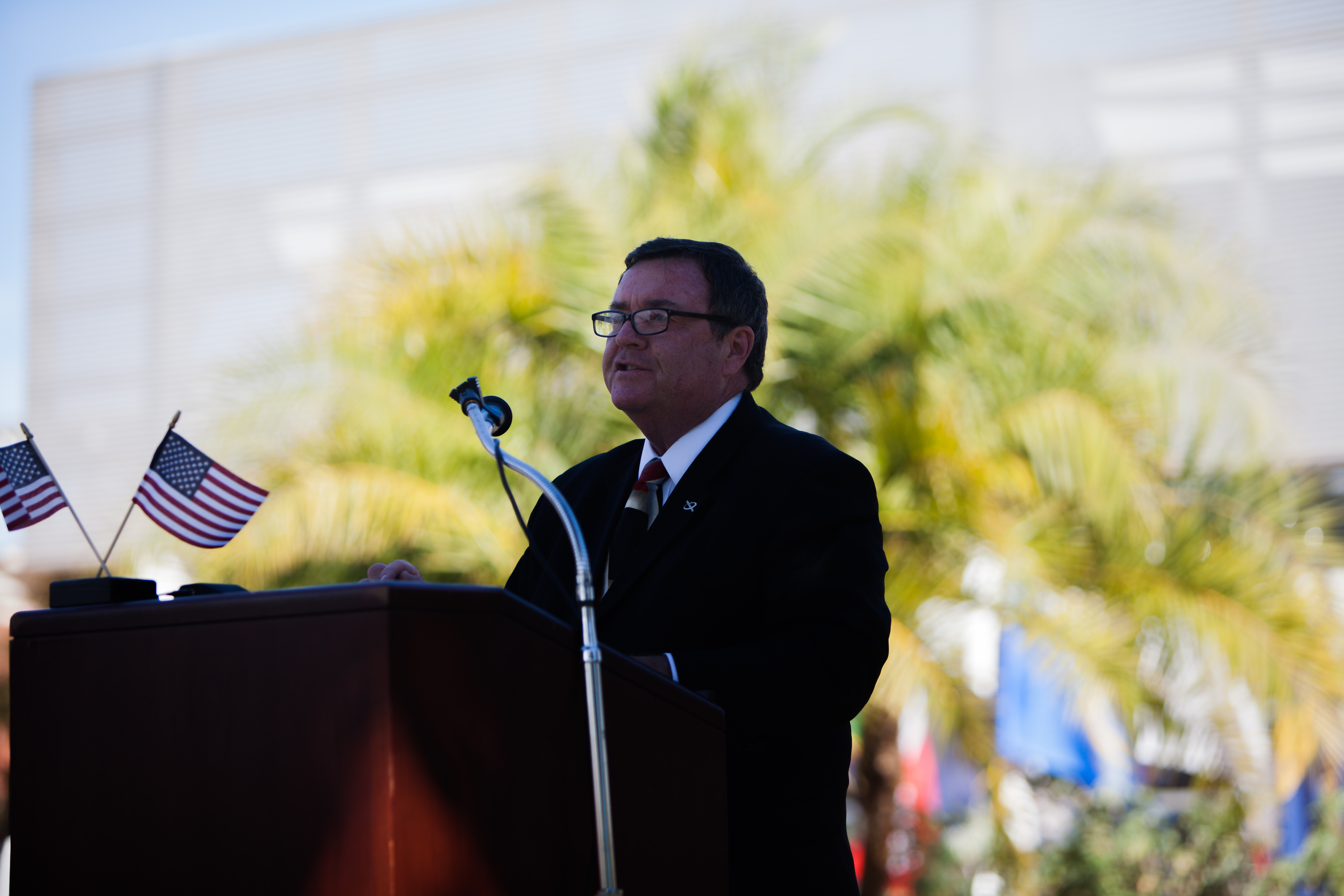 The president of Palomar College is retiring next year.

President Robert Deegan announced his plans to retire on June 30, 2015 at a public campus forum on Oct. 15.

Deegan said he has accomplished a lot in his 10 years at the college, such as increasing student transfer numbers to four-year universities, helping students obtain certificates of achievement in technical fields and updating numerous facilities on campus with a district bond from 2006 for $694 million.

Deegan mentioned one of his main accomplishments is how Palomar is “identified as a Hispanic- serving institution,” Deegan said in a press release.

The press release also stated Deegan has been contemplating the decision to retire for a couple months now.

Deegan told The Telescope earlier in September that he didn’t know if he was going to retire when the Governing Board approved exploring a Supplemental Early Retirement Plan, also known as SERP.

All eligible faculty members (55 years or older who have served at the college for more than 5 years) have until April 3, 2015 to sign up for the incentive plan.

Benefits include, “75 (percent) of their 2014-15 contract pay, and the same percentage of an earned doctorate stipend if they have one.  The exact benefit depends of the salary of each individual faculty member who enrolls,” Vice President of Human Resources, John Tortarolo, said via email.

Throughout Deegan’s service at Palomar Deegan said he has “avoided employee layoffs, salary cuts or losses in benefits.”