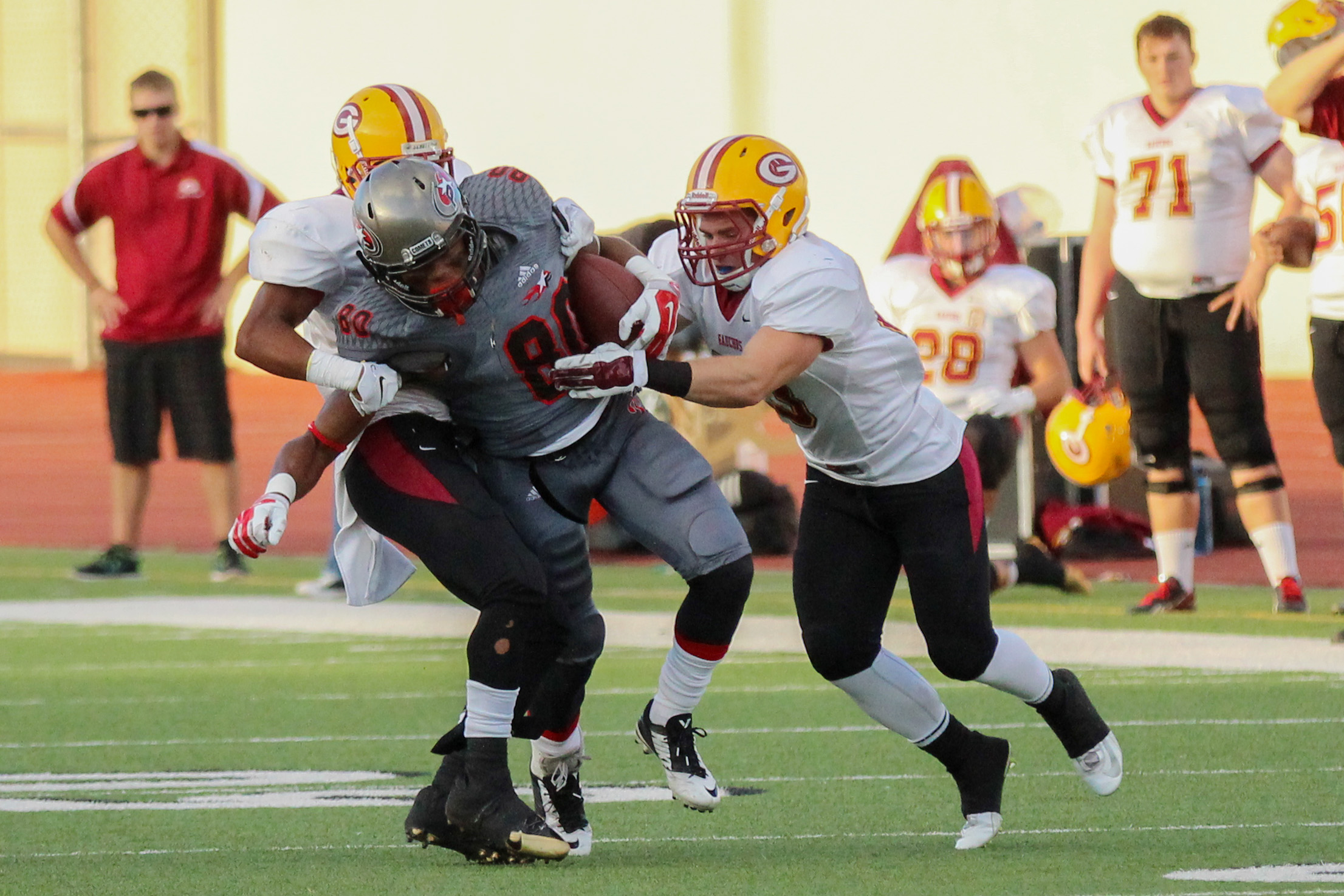 The Comet’s football team saw their record drop to 2-2 after losing to the visiting Saddleback Gauchos, 42-31, on Sept. 27 at Escondido High School.

Both teams started the game on fire offensively, each scoring 21 points in the first quarter, but it was the Gauchos who were able to leave with their first win of the season, in large part due to the performance of dual-threat quarterback Ricky Bautista.

Palomar Head Coach Joe Early described his team’s performance as “sporadic,” citing the up and down performances as the difference in the game.

“We gave this one away through our penalties in crucial situations, and on our broken plays,” Early said. “It’s very frustrating.”

Palomar first got on the scoreboard when running back Deviante Sayles darted into the end zone on the first play after Damon Nolan’s impressive 44-yard punt return.

Saddleback responded quickly with a touchdown of its own when Bautista connected with receiver Chris Dimry on a 54-yard touchdown pass.

On the ensuing Palomar drive it was the Comet’s scoring on a big play when quarterback Mitch Bartram’s pass found wide receiver M.J. Bailey, who sprinted past the defense for a 66-yard touchdown.

After the Gauchos leveled the score on the following drive, Palomar freshman Shawn Cameron’s 99-yard kickoff return put Palomar in the lead again.

With the return, Cameron is now second on Palomar’s all-time kickoff return list, trailing only Nakoa McElrath, who ran a kickoff for 100 yards back in 1997.

After the offensive barrage in the first quarter, both defenses were able to find their bearings with each making defensive stops. Palomar kicker Patrick Kock’s 29-yard field goal early in the quarter put the home team in front again but the Gauchos were able to take the lead just before halftime with an efficient, two-minute drive.

Saddleback began the second half with the ball but were quickly stopped when linebacker Dylan Donahue sacked Bautista on third down. The sophomore from Billings, Mont. registered 10 tackles and two sacks.

As the game progressed, penalties proved to be costly for both teams, with Palomar having 14 and Saddleback with 10. A quick, scoreless third quarter saw both teams entering the fourth with Saddleback in the lead 28-24.

The Gauchos scored first in the fourth quarter when Roderick Dedrick made it into the end zone on a 4-yard run. The Comets were able to get the game back to a one score difference when Palomar’s Daniel Warren made an incredible diving catch in the corner of the end zone.

But, on the ensuing kickoff, Saddleback’s long return set up their score to put away the game. On the first play of their drive, Bautista capitalized on a missed coverage and found Dimry wide open for an easy touchdown.

A Palomar interception in the last minute of the game sealed the result and left the Comet’s with a 0-1 start in conference play.