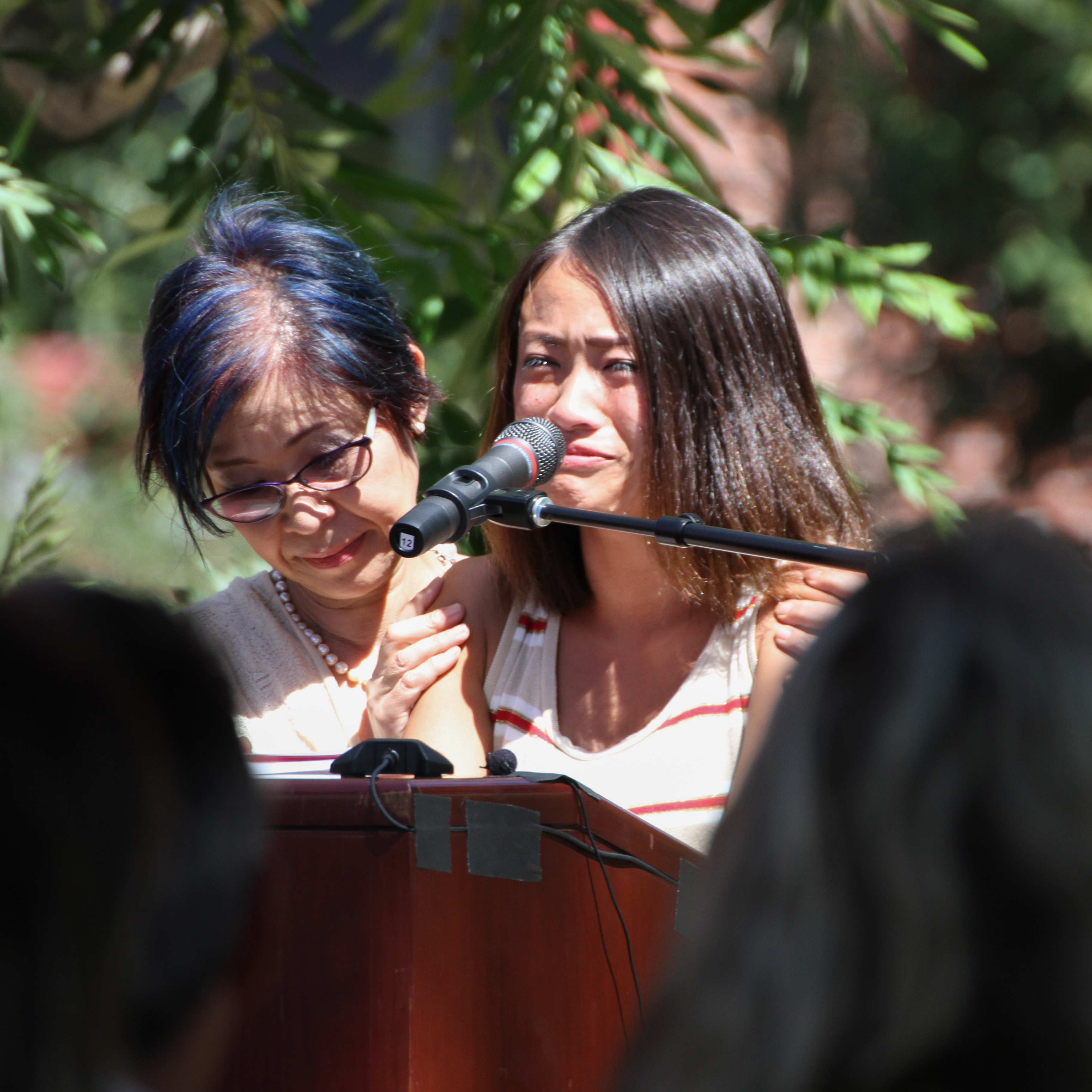 ‘Celebration of life’ after car accident

Friday, Sept. 19 was a solemn day as a memorial service was held for three international Palomar students who died in a car accident during the first week of the Fall semester.
The Celebration of Life service was held at Palomar’s San Marcos campus to commemorate the lives lost in a single car accident Aug. 21.

Student and Palomar staff spoke while the first names of the three victims were displayed in a booth where people could write their final farewells to Shinichi, Sayaka and Minoru.

Akari Hasegawa, a friend of Shinichi, reminisced about the times she spent with him, and she went on to thank the rest of the victims for all that they had done for her.

“Thanks to you guys, I will live the rest of my life doing my best and working hard,” she said.

Around 90 people attended the event to express their condolences for the deceased and to the loved ones of the victims.

Friend Rika Kanbashi read a letter from Sayaka’s friend describing how the two would stay up all night talking, and how their teachers would be angry with them because of their lack of sleep.

Friend Ena Miyauchi described how Shinichi taught her what friendship was through his view of marriage.

“He said that he wanted to marry the woman who could stay with him for two of three hours in the park without talking,” Miyauchi said. “At first, I didn’t know what this meant, but now I understand that this was what friendship was.”

The memorial service concluded with a moment of silence, along with the release of dozens of white doves.

The three Palomar students had just arrived from Japan to attend Palomar’s fall classes. The three were killed Aug. 21 on State Route 78 between El Camino Real and College Boulevard. Five others in the Honda Prelude were injured when the car went off the road and crashed into a pole.