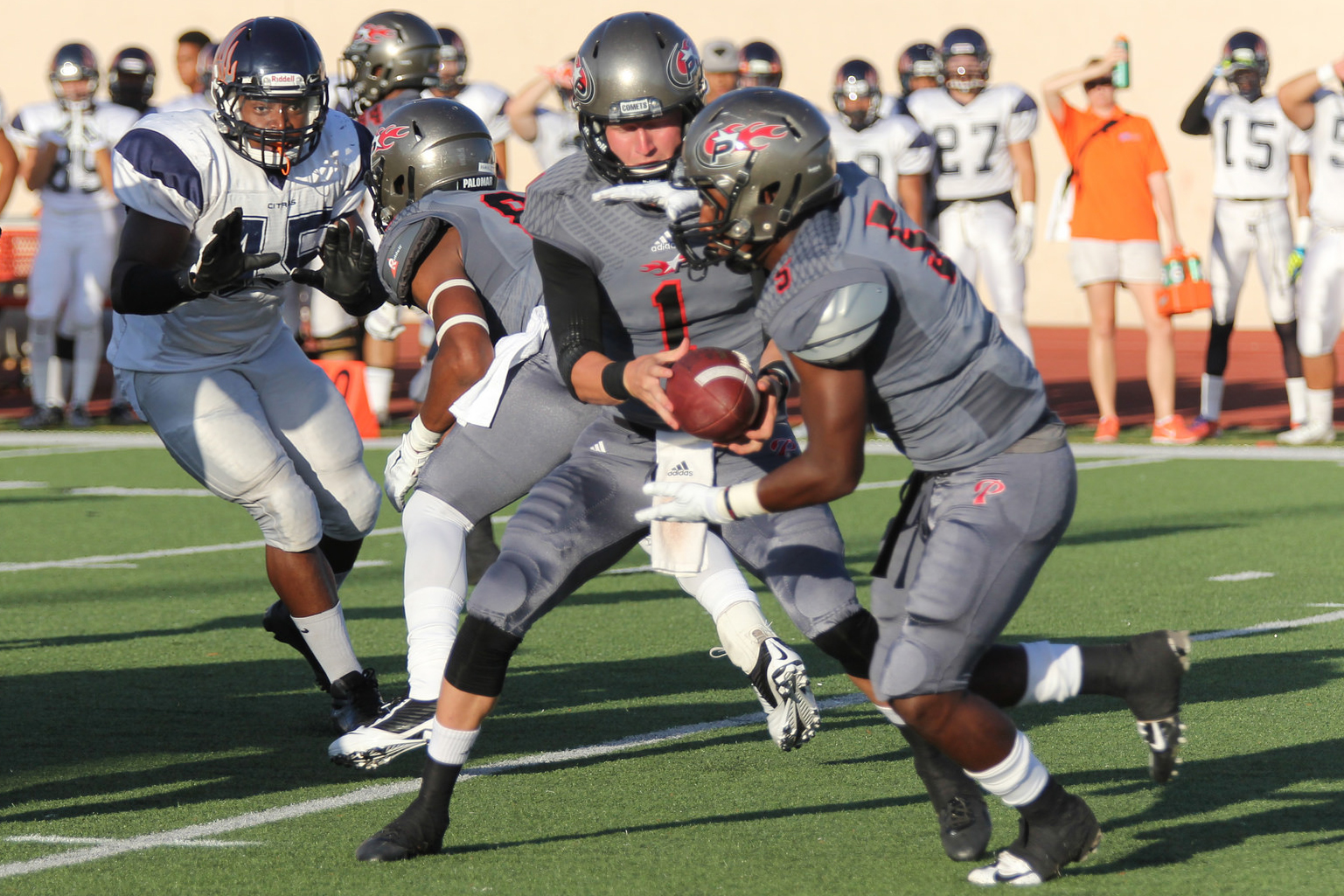 Comets’ Hollingsworth aims for the stars

Palomar Comets quarterback Brett Hollingsworth has wasted no time in making his presence known on the field. Considering his past success in high school, however, this comes as no surprise.

In his first game as the Comets’ starting quarterback, Hollingsworth made 18 out of 30 attempts, throwing for 176 yards and two touchdowns. His exploits led the team to a stunning 35-28 win over visiting Citrus College, which led to Hollingsworth being named Pacific Coast Athletic Conference’s Co-Player of the Week.

Head Coach Joe Early, a former Comet football alumnus himself, talked highly of his new quarterback after their season debut.

In regards to how Hollingsworth performed in his Comet debut, Early said, “I thought he played well in spurts.”

“He’s got a strong arm and most of the time makes the right read, which is crucial for this level.”

Hollingsworth comes to Palomar with plenty of accolades from his high school career. He started off his football career as a sophomore at King High School in Riverside, where he went 4-16 in his two years as starting quarterback.

He made the decision to transfer in his senior year, and made the move to Citrus Hill High School in Perris. The decision paid dividends for him and his new team, as Hollingsworth led the team to a 13-1 record and a California Interscholastic Federation, CIF, Southern Section championship.

Hollingsworth passed for 3,340 yards and 32 touchdowns while also rushing for 443 yards and 10 touchdowns. For that, he was named the CIF Southern Section Inland Division Offensive Player of the Year.

Yet, despite the hype, he is a soft-spoken person, preferring to let his play on the field speak for itself.

When asked about his future goals, he was modest in his response.

“I hope one day to make it to the NFL,” Hollingsworth said, “but for now, I’m not looking that far ahead.”

Considering his reputation, he could’ve gone to any school, yet he chose Palomar.

“(I chose Palomar) because of the coaching staff and the school’s reputation,” Hollingsworth said.

Coach Early has high hopes for the quarterback, but at the same time, treats him as he does any other member of his team.

“Where he goes from here, depends on what he does in the classroom, in the weight room and how he progresses on the field,” Early said. “If he does all the right things, we’ll help him try to get to where he wants to be, just like we will with everybody else.”