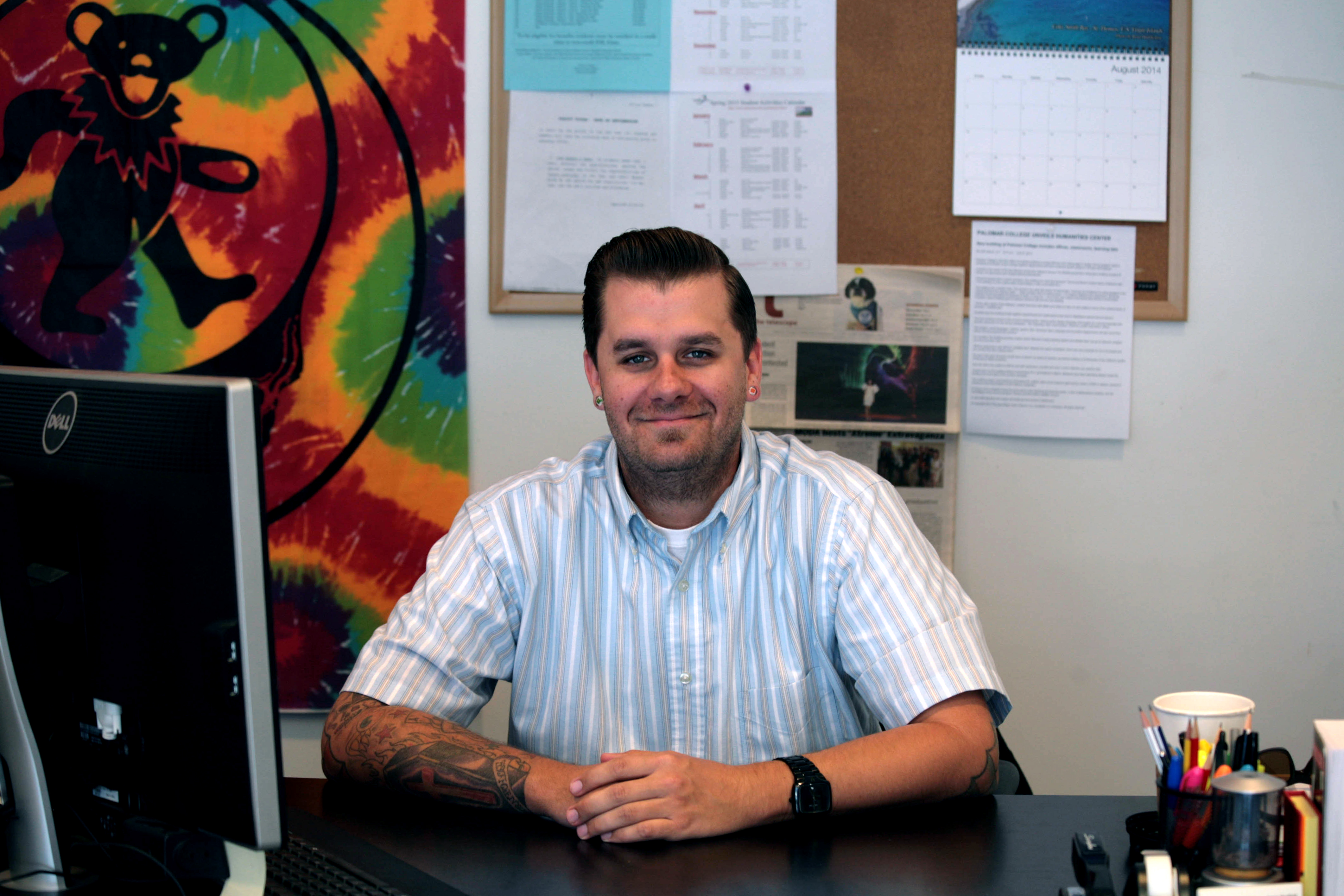 With the support of his family and significant other, Jason Hosfield decided to run for president of the Associated Student Government at Palomar College.

He was elected the new ASG president after running uncontested at the end of last Spring semester.

“(My mother and father) encouraged and challenged me to be committed to the organizations that have interested me,” Hosfield said in an email. He added that his brother “was almost entirely responsible for helping me develop leadership skills in workplace situations.”

His significant other and “future wife”, Lindsay Sylvester, gave her support to Hosfield and it was with her blessing that he dedicated himself to the ASG.

Hosfield is 29 years old and was born and raised in Vista, Calif. He went to Rancho Buena Vista High School and competed in speech and debate in his junior and senior years.

Hosfield enrolled at Palomar in 2003 for its speech and debate program. After a few years he decided to leave and finish school when he was 25 so he could receive financial aid as an independent.

“Financing school is always an issue,” Hosfield said about paying for college.
He continued to be involved with the speech and debate team as a volunteer coach even after he left Palomar.

Whearty said in an email, Hosfield is one of the best student leaders that Palomar has produced over the last decade. “(He) manages to marry the ideals of activism with functional pragmatism, making him one of the few student leaders in Palomar College history who works effectively to solve problems at all levels of our organization,” Whearty added.

“ASG is the same as speech and debate,” Hosfield said. It is building and maintaining relationships, understanding hierarchies of power and following a set of bylaws, he added.

Hosfield also delved into other trades after leaving school such as retail management and construction management. All these things have prepared him for leadership, he said.

Returning to Palomar in the Fall 2013 semester Hosfield declared a double major in speech communication and political science. His goal is to transfer to San Diego State University and if not there then Point Loma University or University of California San Diego.

Hosfield said he wants to stay local when he transfers and eventually return to Palomar to work as a professor. Palomar is a great school that has offered him many opportunities, Hosfield said.

Outside of school Hosfield said his hobbies are San Diego sports and music. He is a “diehard Chargers, Padres and SDSU Athletics fan.”

Big tasks and obstacles are ahead as Hosfield serves his first term as ASG president. Everyone from last year is gone so Hosfield started with no members.

Elected Vice President Shant Soghomonian has reportedly moved to a different state, but continues his education at Palomar through online classes. No comment was made on communication between Soghomonian. and Hosfield, but after missing three ASG meetings a member will be terminated from their position on the student government.

“Recruiting is number one,” Hosfield said about his main goals for ASG. He must build a staff before projects can start and get completed.

A few years ago there was a “massive breakdown” in the ASG and its bylaws according to Hosfield. His job now is to bring it back to life and get more involved with students on campus.

Another goal Hosfield has for the future of ASG is to make it a sustainable student body influence. Even after he leaves Palomar, Hosfield wants the changes he implements and projects he starts to be carried out by the staff that he recruits now.