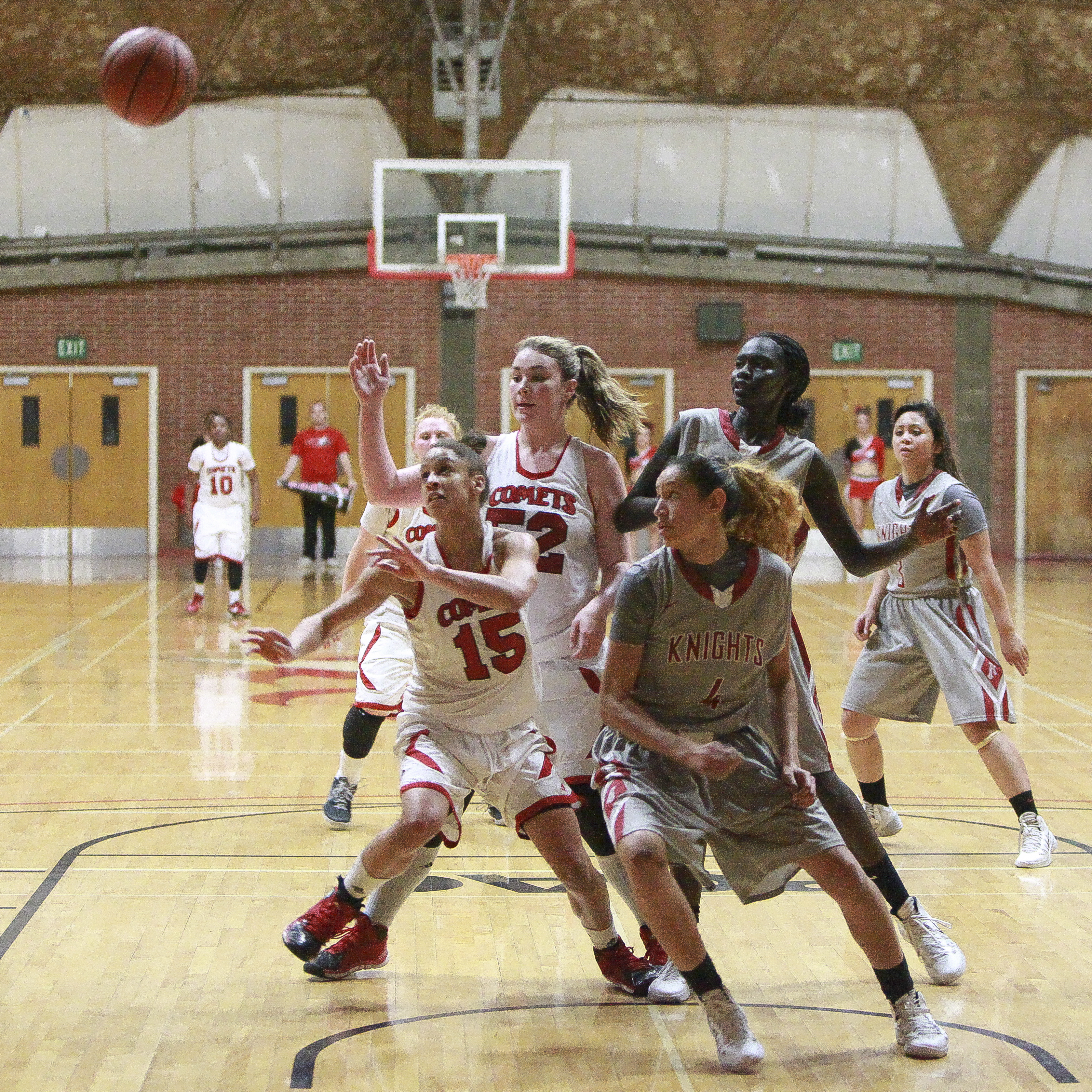 Returning players will highlight next season

Published May 5, 2014 by Lottiesha Blandon

The women’s basketball team finished the season with a 16-11 record.

Six Comets will return next season, and three of the four sophomores will be moving on to play at the four-year level. All have received scholarships.

Mikaela Stanton, Maureen Fegan and Bianca Littleton were also first team players for the All-Pacific Coast Athletic Conference. Stanton will take her skills to Canada where she will play at Brandon University and Littleton and Fegan will continue their basketball journey at Cal State Eastbay.

Coach Leigh Marshall is proud of her girls along with their improvements. “We have learned a lot as a unit and I hope the freshmen use it for fire for next year and the sophomores take that competitiveness with them at the next level. Our coaching staff couldn’t ask for a better group of kids and we are excited about the future,” Marshall said.