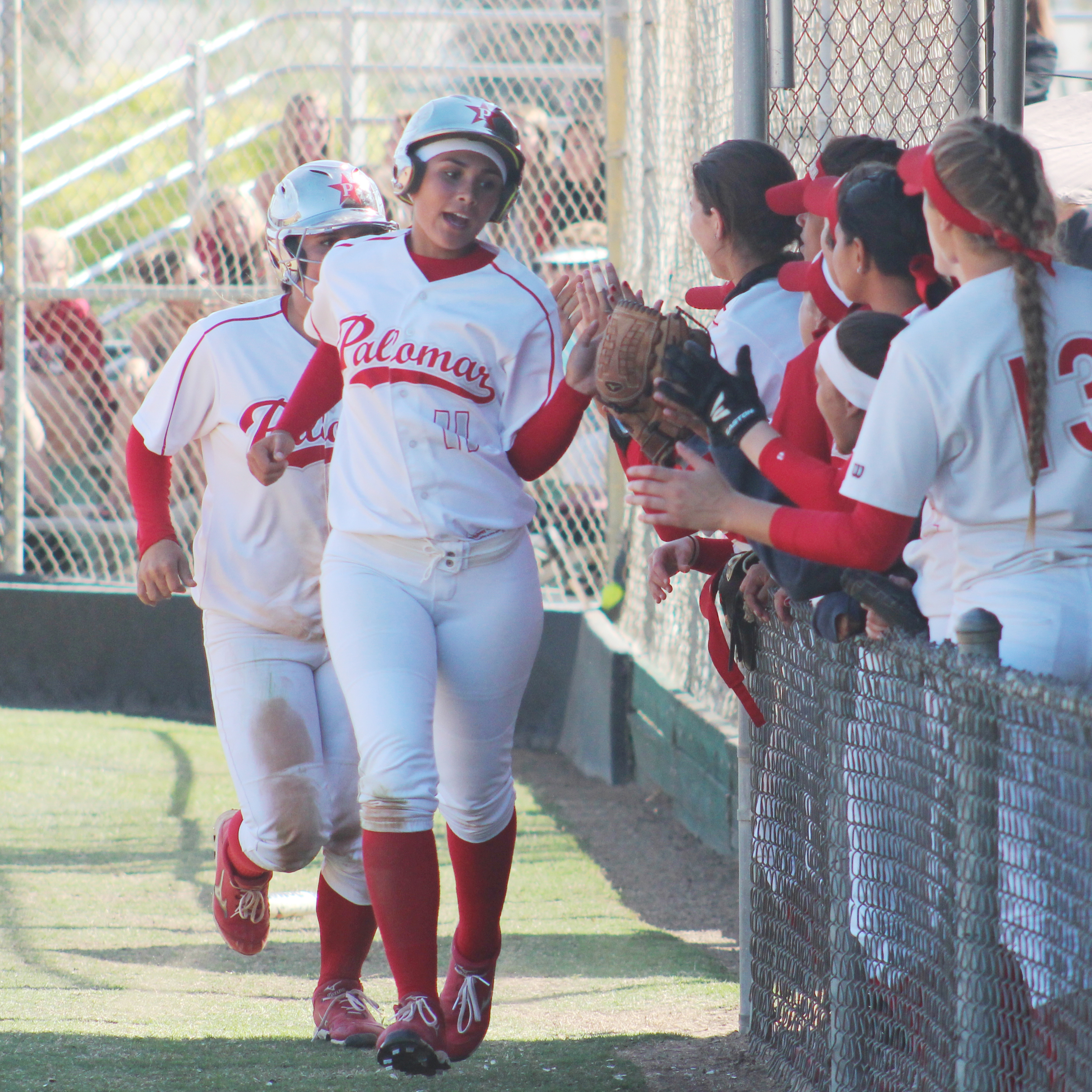 Published May 4, 2014 by Christopher Bullock

The Palomar College softball team, led by Head Coach Lacey Craft, far exceeded its own expectations when they became the first team in the Pacific Coast Athletic Conference to go undefeated since 2005.

Coach Craft, who was voted as the conference’s Coach of the Year and state Coach of the Year, sounded excited about the team’s record season, while looking forward to the upcoming playoffs.

“We finished ranked No. 1 in the state, and I felt that was a great accomplishment for this year’s team,” she said. “I’m kind of looking forward to where we’re heading in the playoffs. It’s kind of like starting over.”

Palomar faced-off in the first round of the regional playoffs against 16th-ranked San Bernardino Valley College on May 3.