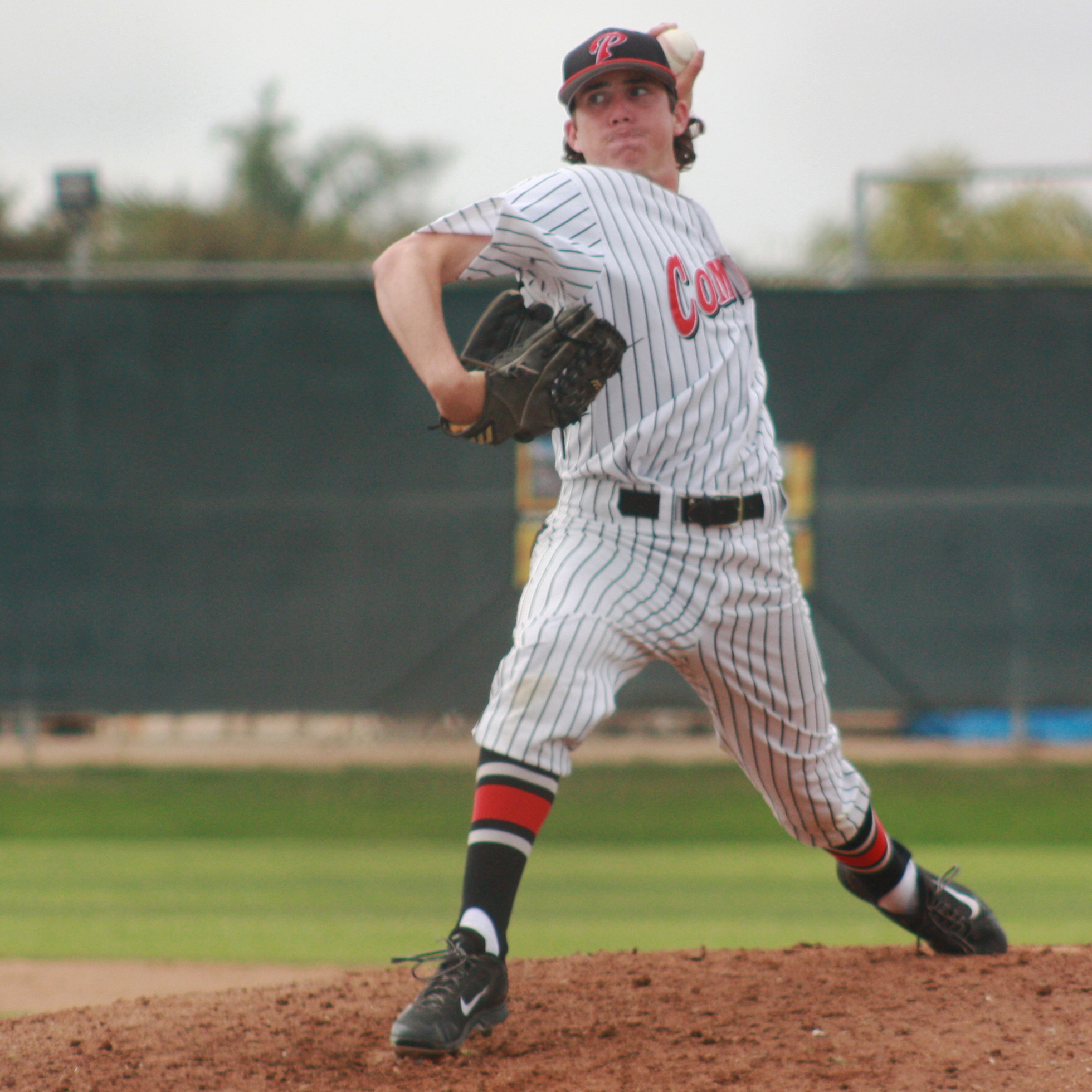 Palomar College and San Diego Mesa College played a nail-bitter on April 13 that could have gone either way for six innings, but the Comets were able to get some late offense against the Olympians’ bullpen to push its winning streak to nine straight games with a 5-3 victory at Palomar’s Myers Field.

The win was Palomar’s third straight victory against San Diego Mesa in the last five days. As of April 15, after Palomar played against Imperial Valley College, the Comets are 22-9 for the season, 17-2 in conference, for the top spot in the Pacific Coast Athletic Conference.

“We have a really good team this season and have a real good shot in the post season,” said Palomar starting pitcher Emilo Esquibel.

San Diego Mesa got off to an early 2-0 lead in the game with RBI singles by left fielder Ryan Lawson in the third inning and fifth inning.

After tying the game in the bottom of the fifth inning on an RBI single by center fielder Dillan Smith, Palomar was able to stage a late rally in the seventh inning.

In the seventh, with the bases loaded, San Diego Mesa relief pitcher Rex Clemens hit Smith with a pitch to drive in first baseman Eric Sapp to make the game 3-2 Palomar.

Palomar would play small ball in the decisive inning with no extra-base hits and two of the four hits being bunts.

Head Baseball Coach Buck Taylor said small ball has been Palomar’s identity in past, but this season’s team does have guys who can really drive the ball, but lately the team has had trouble scoring runs with guys in scoring position.

“Small ball wins games … We have a lot of guys with just a raw ability to play baseball,” Smith said.

San Diego Mesa would get a late run in the eighth inning on an RBI single by center fielder Kyle Harris to make the final score 5-3 Palomar.

Esquibel and San Diego Mesa’s Neiko Yribe both gave strong performances in the game, but Equibel was able to get the better of the match-up this time around.

“That’s what he (Esquibel) does … smoke and mirrors … he changes speeds, works at the knees, uses his defense and he was really good for us today,” Taylor said.

Aside from health and key injuries to infielders Aaron Blackwell, Vince Mori and pitcher Josh Bravin, Taylor said he really likes the potential of the team going forward.

These statistics are from April 15 and the team has played two games since. Updated stats on the team and players can be found on Palomar’s athletic website.