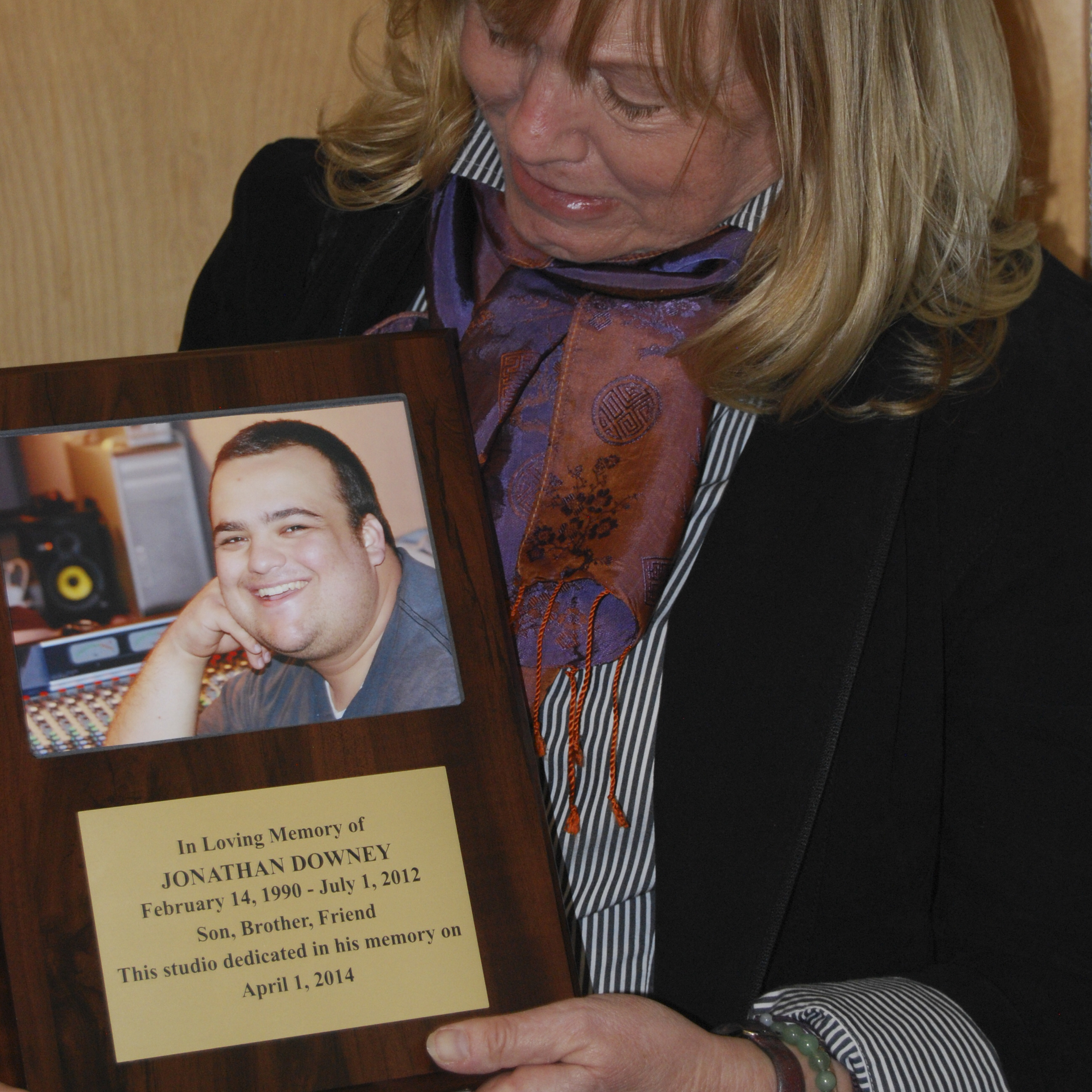 It was a joyful and somber celebration for Palomar’s radio station KKSM.

The station celebrated its 18 year anniversary on the air April 1, while also honoring one of its own.

KKSM dedicated one of its studios to former student and Palomar alumnus Jonathan Downey.

A plaque with Downey’s photo will now hang in his memory outside of Studio A at the station, which was rededicated as the “Jonathan Downey On-Air Studio,” according to the KKSM Facebook page.

Downey’s mother, Mary Curran-Downey, was present for the revealing and hanging of the plaque.

“I was so touched, I just thought it was the nicest thing in the world for the people to do this.

They are a real radio family and it is a perfect thing. Jonathan is just smiling now and loving it and I had to see these folks again,” Curran Downey said.

Downey graduated from Palomar in Spring 2012 with two associate degrees in radio and television, and university studies.

He worked for several years in both the Palomar radio and television departments.

“Being at Palomar was a great fit for Jonathan. He found himself here and he found himself at this radio station. This is where he blossomed and realized that he had skills and talents…,” Curran-Downey said.