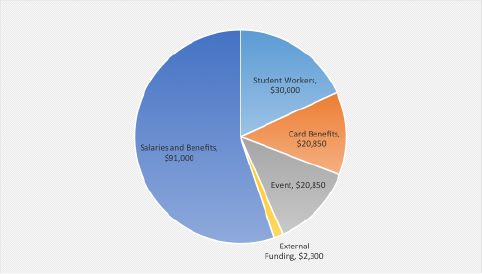 Palomar’s Women’s Studies program was denied funding by the Office of Student Affairs for its annual event to celebrate Women’s History Month.

The OSA claimed there were no funds available as the reason for its denial.

“Upon review the Director of Student Affairs, Ms. Titus, is sorry to report that we do not have funds available at this time. The budget is depleted,” the email read.

Earlier in the year Devon Smith, assistant professor of sociology and the lead organizer for the event, was tasked with submitting a request for proposal on behalf of the Women’s Studies Department to procure resources for an event to celebrate Women’s History Month.

The event, “Women in the Military: Past, Present, and Future” involved a film screening that documented rape and sexual assault within the military as well as a panel featuring women who discussed their daily experiences while serving in the armed forces.

“The issue (rape and sexual assault) is an issue that doesn’t get enough attention,” Smith said. “But also there is a tremendous military presence in San Diego and on Palomar’s campus so we felt like it would be a topic that would be received well on this campus specifically.”

The department asked for nearly $3,000 to cover the costs associated with the event. The majority of the money would be for refreshments and for the rights to show the film. The remaining amount would be allocated toward advertising and printing costs as well as for t-shirts for those who volunteered for the event.

This particular event has been a mainstay on the Palomar campus for the past several years and has consistently counted on funds from of the student activities budget so it begs the question:

What made this year different from previous years and what happened to all of the money?

The student activities budget is funded from the sale of Palomar Identification cards.

At the beginning of each semester students who have enrolled at Palomar College are given the option to purchase an I.D. card for $15 to use for the coming semester and the purchase of the card confers certain benefits.

On average, about 11,000 students pay for the use of the I.D. card and this nets the student activities fund approximately $165,000 each academic year.

However, not every dollar is spent directly on student benefits since there are administrative costs associated with the program.

According to Sherry Titus, director of the Office of Student Affairs, an estimated $91,000 is used to pay for salaries and benefits of the student activities coordinator.