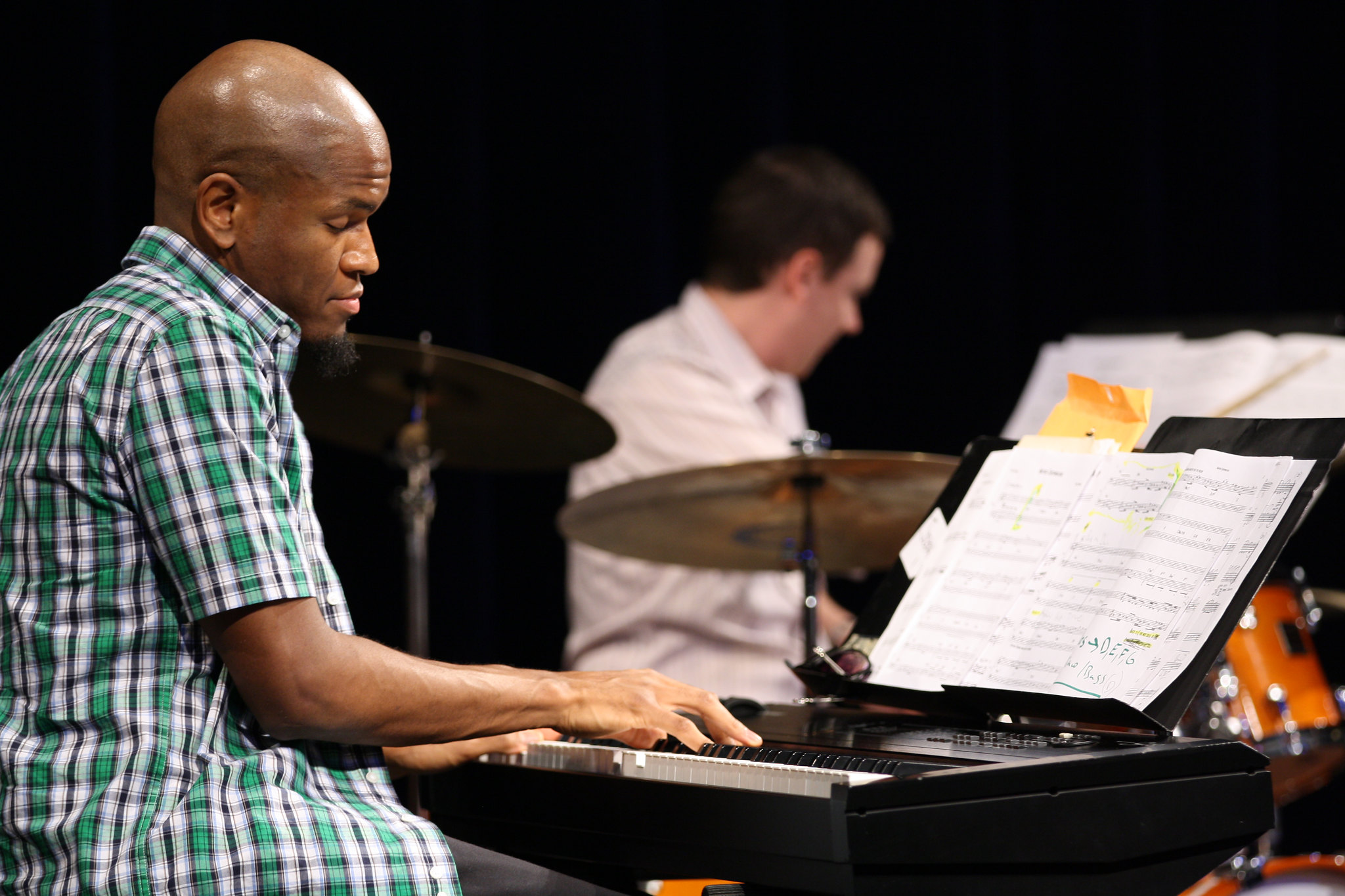 Concert Hour: Joshua White breaks it down at the Brubeck

Palomar College’s Performing Arts Department kicked off its spring Concert Hour series with one of San Diego’s own, the pianist Joshua White, on Jan. 30, at the revamped Howard Brubeck
Theatre.

White’s set included compositions from the numerous groups he plays with around San Diego as well as two original compositions and a souped-up rendition of Thelonious Monk’s “‘Round Midnight.” White’s performance earned him a standing ovation and a call for an encore.

Several Palomar faculty members and staff attended, including drawing and watercolor instructor Doug Durrant, who brought his class to the event.

Durrant was impressed by White’s speed and strength. Following White’s third composition of the hour–a swill of pulses and punches with a serene finish–Durrant said, “What a treat!”

Known for his improvisation skills, White kept his listeners on the edge of their seats wondering what he would do next as his fingers cruised up and down the keys. “I just think of the first note,” White said.

Whether that note is low or high, a cluster or a chord, White said he knows that it will tell him everything he needs to know for the piece. He said it opens the sonic door and allows him to access the whole environment.

White finds his inspiration in many places. He listens intently to jazz legends like Eric Dolphy and contemporary pianists like Jason Moran, but he also reads poetry and studies visual art to help him develop as an artist. “It’s all the same medium,” White said.

White demonstrated this during his second composition when, like a William Blake poem, he began to set up a pattern of notes only to break that pattern moments later with a swift change in direction, a major jump or dive in pitch, or an unexpected hit off the beat.

At times it seemed White even surprised himself.

White has made a habit of covering Thelonious Monk’s work in an up-to-date way. Brandon Cesmat, a poet, musician and instructor at California State University San Marcos and Palomar, saw White and his band perform a Thelonious Monk cover at a house party event.

Cesmat said, “(it was) as if he knew that if a jazz composition is worth anything, it defies nostalgia and swings in the moment.”

Cesmat and Durrant both expressed enthusiasm about the direction the young pianist is heading in the San Diego jazz scene. “There’s some incredible technique in San Diego, but good technique can blur at speed, which is where a lot of technique goes,” Cesmat said. “His technique resides beside the greats.”

Durrant said to keep an eye on this rising star, given the praise White received while getting called back from behind the legs for an encore.

White’s next performance will be at 8 p.m. on Feb. 7 at The Loft at the University of California San Diego. For more information on Joshua White and upcoming shows, visit his website at www.joshuawhitemusic.com.