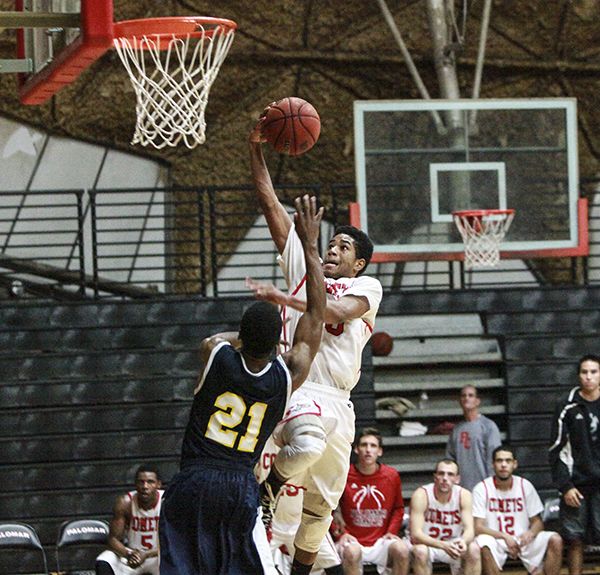 The Palomar men’s basketball team is set to defend their Conference Championship title this season with the help of the returning sophomores.

Last season was a good season for the men’s basketball team. Their record was 21-10 and they even won the Pacific Coast Athletic Conference championship.

“Well it was a good year but we could have done better than we actually did. I think that the main difference between this year and last year is that we’re a lot younger,” Associate Head Coach John Hotaling said. “Last year’s team had a lot of older guys who have already played with each other for a few years. That’s what made them so good.”

Looking forward to a new season, the coaches and players hope to improve and achieve better results than last semester.

“I feel good about this season. We just started, so we don’t really know how we are going to do this season. We have only three people that came back from last year so it’s a whole new team. We still have potential to be good. We’re just working to get to that level,” Sophomore Guard Josiah Dennis said.

Everyone is working hard. We just need to work a little harder. That’s all it comes down to—hard work,” Sophomore Point Guard Marley Simmons said.

With hard work the team thinks that they can take the Pacific Coast Athletic Conference title again.

“I do believe that we can make the championships. We can win,” Freshman Point Guard Braxton Smith said.