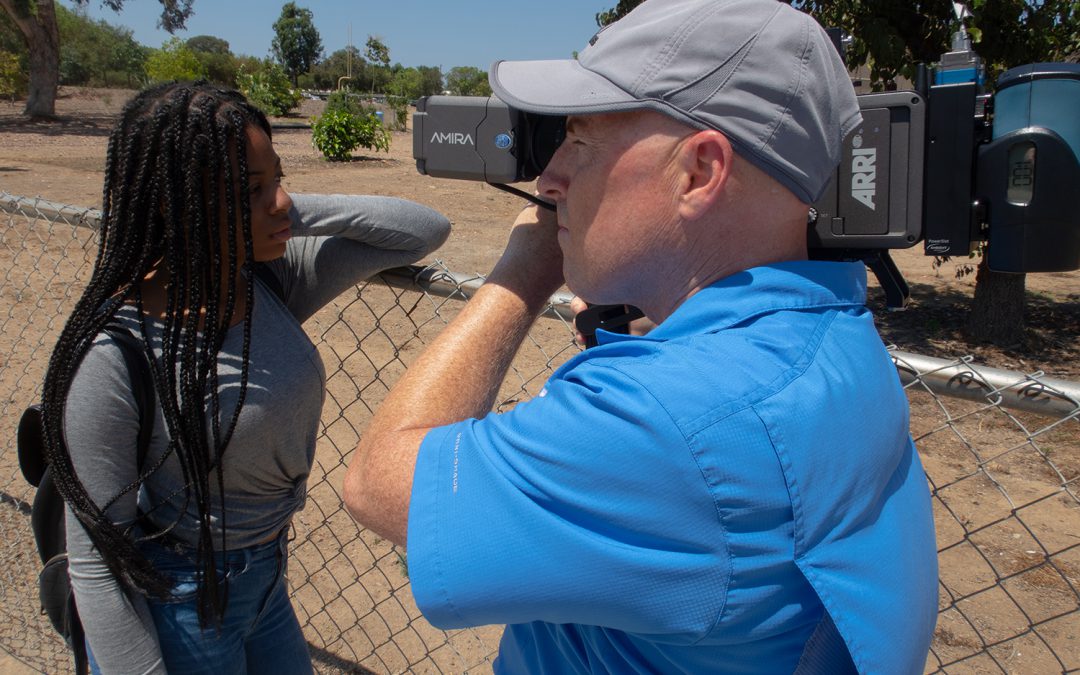 Providing an important take on a heavy topic, “Shattered Dreams” has won dozens of awards and appeared in film festivals across the U.S. The film’s director reflects on what it took to bring the story to the screen.

SAN MARCOS — It was already the most successful documentary produced by Palomar College Television (PCTV) in recent years, and now “Shattered Dreams: Sex Trafficking in America” is coming to small screens everywhere—millions of them, thanks to a distribution partnership with the National Educational Telecommunications Association (NETA).

The film’s public television debut occurred with a Sunday night airing on Las Vegas’ KLVX on Jan. 12, and demand has only increased since then, with dozens of stations picking up “Shattered Dreams” for their audiences to view.

“We submitted the film to NETA in December, and last time it took three or four months to hear back,” said Bill Wisneski, the PCTV producer who directed the project. “This time they responded within days.”

Wisneski attributes this to the film’s unique approach: “We focused on the psychology of why women are trapped in this situation and can’t get out—they call it the ‘mental handcuffs.’ And then we focused on the buyers more than most other films. Until recently, the women were focused on, they were considered the problem. But without the demand, you’re not going to have the problem.”

“Shattered Dreams” premiered on April 4, 2019 at Palomar’s Howard Brubeck Theatre, and then commenced with a tour of film festivals from coast to coast. In June, the film won four Emmy Awards from the Pacific Southwest Chapter of the National Academy of Television Arts & Sciences, including “Best Documentary,” directing, writing and editing.

According to a 2016 study by the University of San Diego and Point Loma Nazarene University, human trafficking is San Diego’s second-largest underground economy after the drug trade, with an estimated $810 million in annual revenue. The study found recruitment growing via social media and on high school campuses, with female recruiters accounting for more of the underground sex economy.

The PCTV team, which had already won awards for its previous project, “The Shadow of Drought,” decided to take on sex trafficking after discovering that the illicit industry is a grave and growing threat to vulnerable women in San Diego.

But the project came with creative challenges, as well as safety concerns.

“Filming the survivors was the biggest challenge,” recalled Wisneski. “We couldn’t get anyone who was willing to go on camera, and we learned that you can really endanger them by having them share their story too soon. People need three to five years of being out of the life before it’s safe to share their story, for a variety of reasons.”

As for filming crimes in progress, Wisneski said sex trafficking “has moved off of the street corner” in favor of online transactions and arranged meetings in hotel rooms.

To compensate for this, said Wisneski, “We got some footage from the FBI and the Police Officers Association, and we did a lot of reenactments—we made that decision very early, that reenactments were the only way we were going to be able to tell this story.”

“I almost backed out of the project in the beginning because I wasn’t sure I could handle it,” Wisneski recalled. “Every person on our crew had a day where they broke down in tears because it was just so heavy, and we did feel a burden to do justice to the survivors’ stories. The content was very raw.”

Now that it’s finished, he said he wants to see the film distributed far and wide: “That’s what it’s all about—we want the film to have as wide an impact as possible. That’s what the PBS broadcasts will do—people will be affected by this all over the country. The most important thing with this issue is awareness—people don’t understand what the issue is, and if they know anything about it, usually what they know is wrong.”

January is Human Trafficking Awareness Month, and in addition to distributing the film, NETA developed an educational guide to be submitted to every station that airs “Shattered Dreams,” in the hope of stimulating community screenings and discussions.

“It is kind of crazy to think that, in major cities and small town America, someone is going to turn on their TV and see this thing we worked on. It will change minds, it will influence the discussion locally, and I think it will save lives,” said Wisneski. “It’s pretty cool for a community college to have that kind of impact.”