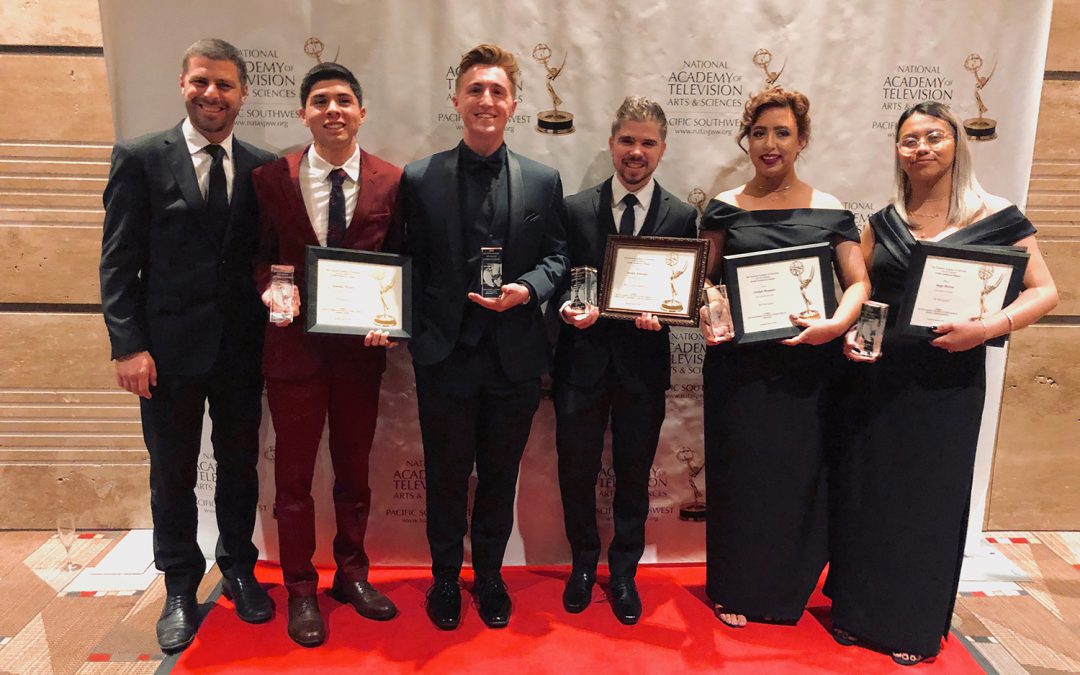 A large contingent of nominees from Palomar College attended the event in Las Vegas, where PCTV’s widely praised documentary, Shattered Dreams, won the Emmy in four out of the five categories in which it was nominated.

“We are so thankful for the three amazing women who had the courage to share their very personal stories with us in our film,” said Bill Wisneski, the PCTV producer and director who spearheaded the film. “All of us at PCTV felt a huge obligation to do justice to their stories and our entire team was so dedicated to making this an impactful documentary.  The recognition the film is receiving will hopefully help bring much needed attention to this devastating and widely misunderstood issue.”

Jim Odom, Manager of ETV and KKSM Radio Operations, said that the Emmys are judged by peers in the broadcast industry, an indicator of the quality of work being produced by students and staff at Palomar College.

“We’re a pretty small operation at an academic institution that’s competing against commercial television stations and production houses, and to be awarded by a group of our peers just shows that the level of our work is on par with and exceeds those with much larger budgets and staff than we have,” said Odom.

In addition, PCTV was honored in the following categories for the documentary Shattered Dream: Sex Trafficking in America: