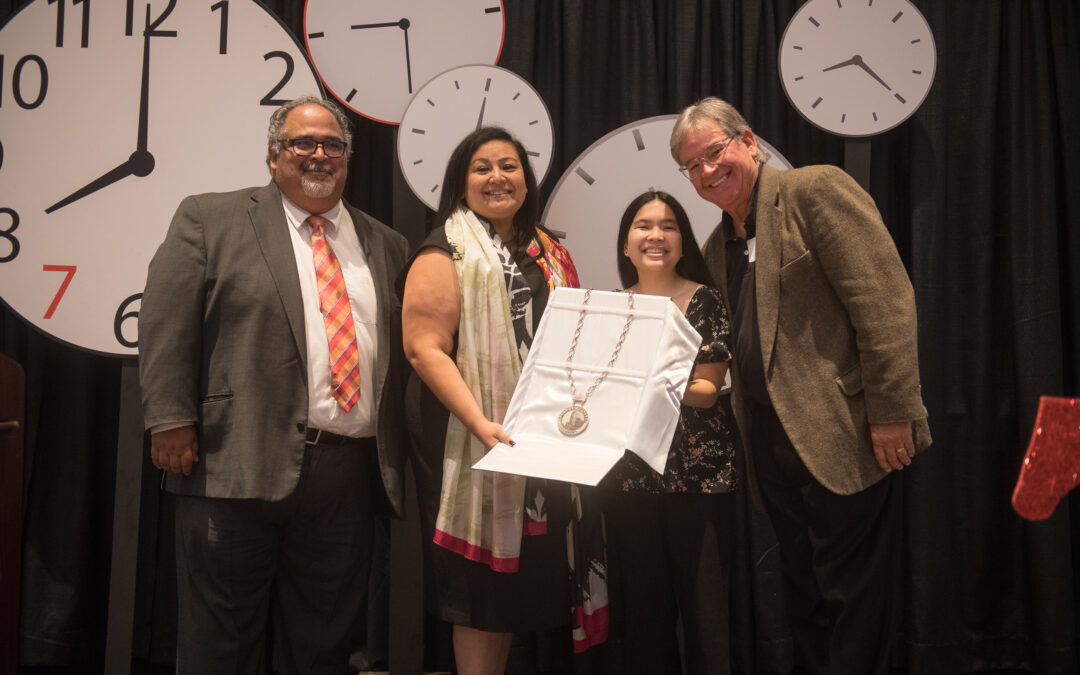 The third annual in-person event—held for the first time since 2019—was attended by hundreds at the California Center for the Arts in Escondido.

SAN MARCOS, CA (May 4, 2022) — The Palomar College Foundation hosted its third annual Community Showcase at the California Center for the Arts in Escondido on Wednesday, May 4, 2022, highlighting the 75th anniversary of the college.

During the event, which was suspended in 2020 and hosted in a remote format in 2021 due to COVID-19 pandemic restrictions, Dr. Star Rivera-Lacey was officially “installed” as Superintendent/President of the college.

“Now, having the ability to make a significant contribution at Palomar that impacts the community where I was born and raised—this is a dream come true,” she added.

Dr. Rivera-Lacey recalled her earliest visits to Palomar College at the age of 5, when her parents—who immigrated to North County from El Salvador—enrolled in English as a Second Language classes at Palomar.

Dr. Rivera-Lacey was appointed to become the 11th Superintendent/President by the Palomar Community College Governing Board in July 2021, but the first months of her leadership coincided with the last months of the COVID-19 crisis, delaying her public introduction until Wednesday morning.

“The legacy of Palomar College is undeniable. Throughout the last 75 years, we have impacted thousands of students and their families,” said Governing Board Vice President Roberto Rodriguez. “Today we begin to build a new legacy … and this new legacy starts with the installation of the first Latina to serve as our Superintendent/President, Dr. Star Rivera-Lacey.”

The event in Escondido featured a memorial tribute to John Masson, the Foundation’s former board chair and Escondido city council member who died in March 2020 in his mid-50s. Masson’s wife and two children accepted the 2022 Comet Award on his behalf, and the Foundation announced a $10,000 endowed scholarship in his name. 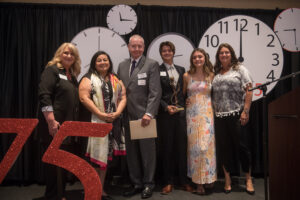 Visitors were also treated to a glimpse inside a 75th-anniversary time capsule that was sealed by college staff in 1996.

“We are here this morning to showcase and celebrate the 75-year legacy of Palomar College and its significant impact on North County,” said Stacy Rungaitis, the Foundation’s Executive Director. “Collectively, for 75 years, we have had one goal, and that is student success.”

The Community Showcase, sponsored by the Rincon Band of Luiseño Indians, was attended by administrators from Cal State San Marcos, National University, the San Diego Community College District, and MiraCosta College, as well as elected officials and business leaders from around the region.

Later in the day, the celebration of Dr. Rivera-Lacey’s installation continued during a college-wide luncheon on the lawn beneath the iconic clocktower at the San Marcos campus.

“I am confident that we, as an institution, are emerging stronger because of the lessons we learned throughout the pandemic,” she said. “We remain fully committed to reopening and emerging stronger than ever.”