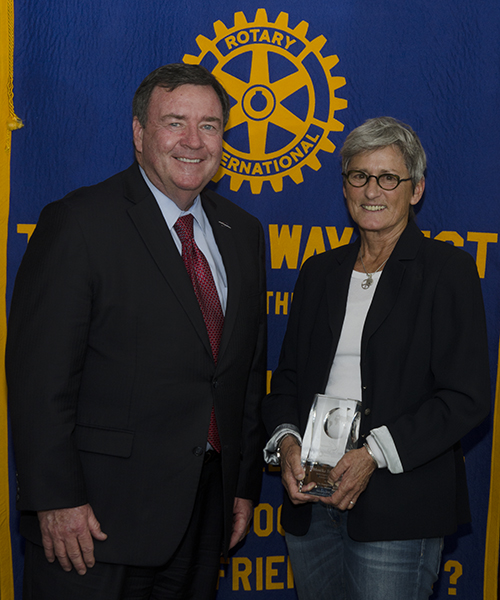 According to Linda Strand, former President of the San Marcos Rotary group, “The club selected Monika Brannick for her efforts and leadership in establishing the Lesbian, Gay, Bisexual, Transgender and Questioning (LGBTQ) Pride Center at Palomar College.” The award included a $500 check designated toward the LGBTQ Pride Center, which was given as part of Rotary International’s designation of February as World Understanding Month. “We are proud to present this award to Ms. Brannick.  She exemplifies the spirit of World Understanding and our month of celebration,” Strand said.

Strand explained that for the past three years the Rotary Club of San Marcos has used this timeframe to honor individuals who have distinguished themselves as leaders in peaceful service to our community.

In addition to her work establishing the LGBTQ Pride Center, Brannick has also been active in her work with the Palomar College Committee to Combat Hate (PC3H). The PC3H website describes the group’s mission as “working towards creating a safe, secure environment for all LGBTQ people at Palomar College.”