Water polo coach sees success in and out of the pool 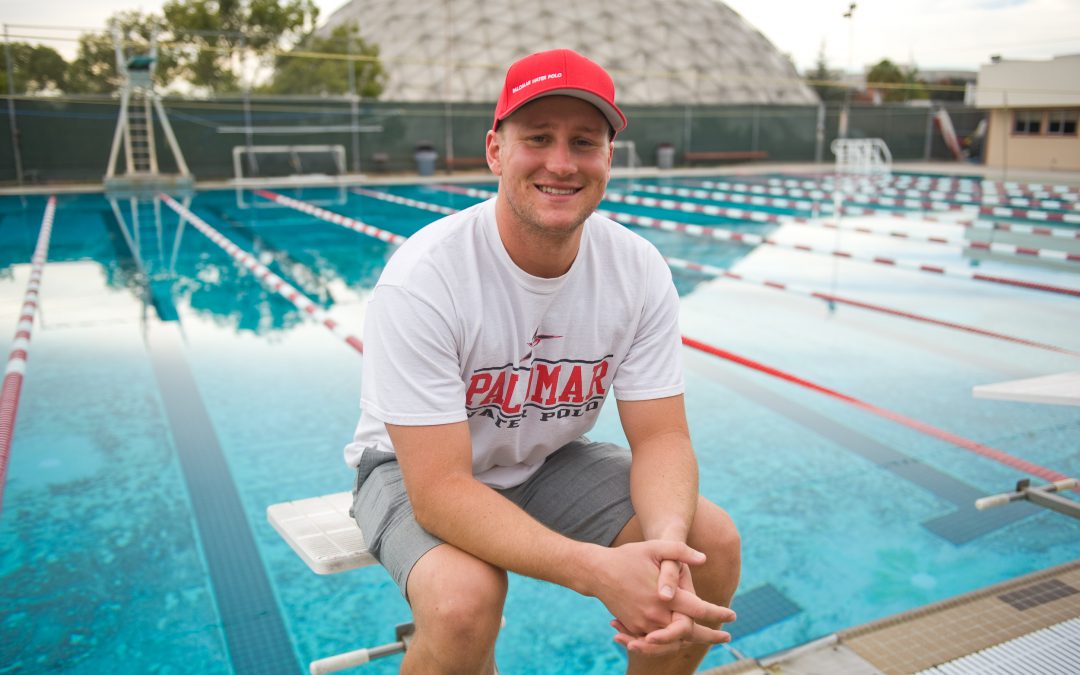 Kody Moffatt, who competed for the Comets as recently as 2014, leads the team to its third conference title in four years.

SAN MARCOS — When Kody Moffatt graduated from Chaparral High School in Temecula, he was a competitive swimmer and water polo player. Like many young athletes from Southwest Riverside County, Moffatt found his way to Palomar College, where he arrived in 2010 with his sights set on the Summer Olympics.

Within six years, Moffatt would be coaching at Palomar, where the water polo team won its third regional title in four years last fall.

On a recent afternoon at the pool, Moffatt climbed out of the water, where he had been scrimmaging with the team, and emerged from the locker room minutes later wearing shorts and sandals. Around him, swimmers were pulling the goals out of the water, refastening the swimming lane buoys and toweling off.

“It’s such a rewarding experience, seeing guys improve, and being a part of their journey,” he said during an interview after a recent practice at the college pool. “The two years the athletes have here, this is just one step, so to be a part of it and see their success each season is one of the more rewarding things about being a coach.”

At age 26, Moffatt knows he’s one of the youngest coaches on campus. He said it took some adjustment to get used to hearing athletes only a little younger hail him as “Coach.”

Scott Cathcart, Director of Athletics at Palomar College, had nothing but praise for Moffatt after his first season in charge: “I’m thrilled with how he’s running the program,” said Cathcart. “He did a great job this season.” 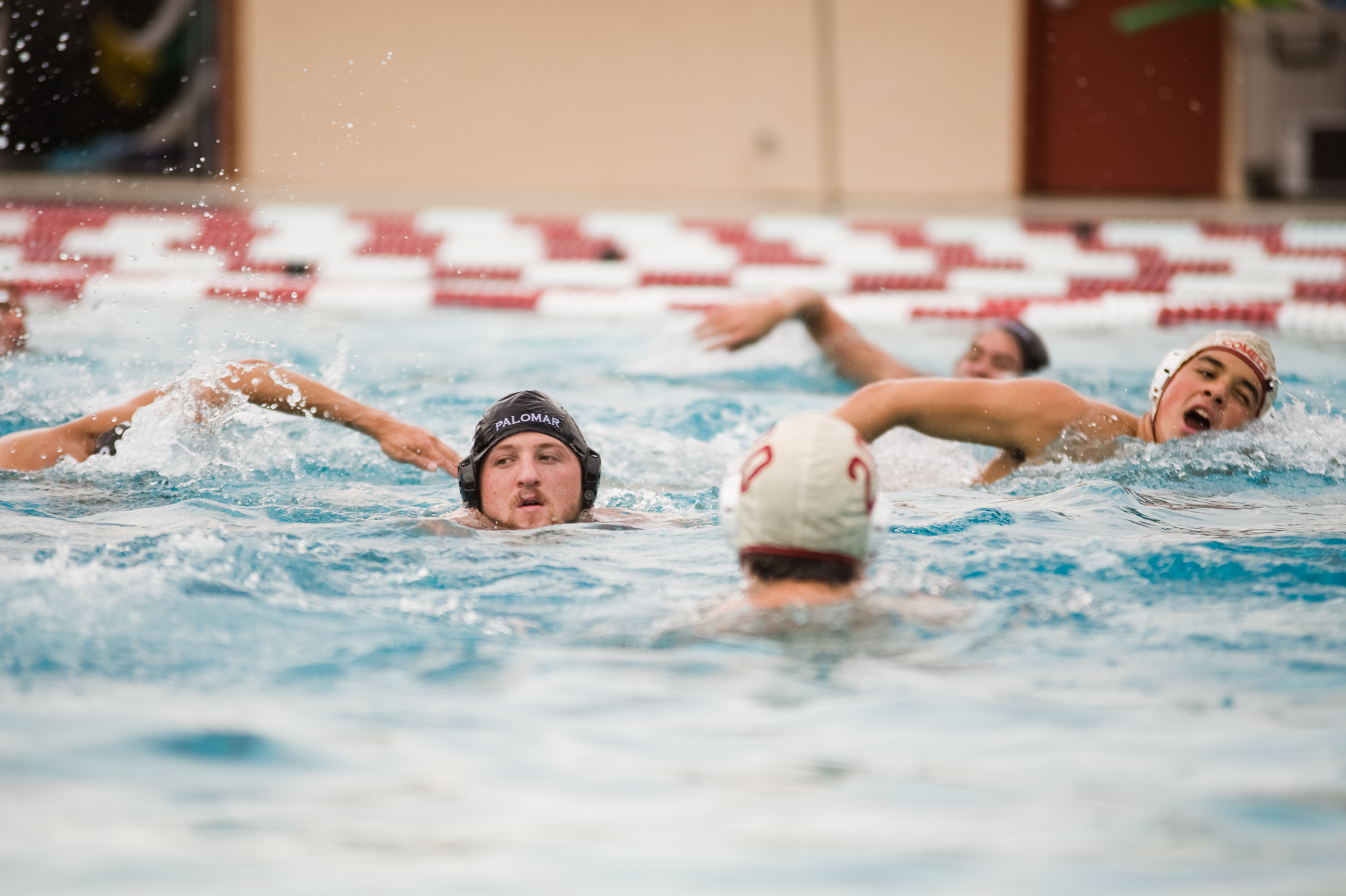 For two years after arriving at Palomar as a student in 2010, Moffatt divided his time between the pool and the classroom.

He came the closest to his Olympic dream while swimming the 100-meter freestyle—within a fraction of a second of the qualifying time: “The 100 freestyle is a blue-ribbon event. When people think of fast swimming, they usually think of the 100 or 200 freestyle.”

Although Moffatt left water polo to pursue Olympic swimming, when he returned to Palomar for a final season, in 2014, he was back in the pool as part of the Comets’ first title-winning polo team.

The transition from player to coach happened with remarkable speed: In 2014, he was in the pool as a student athlete; in 2016, he was on the pool deck with a whistle, as a coach.

“I love working with athletes,” Moffatt said, “because I can relate. I can speak that language. I really think sport brings people together who might never have a conversation outside of the pool deck. It’s common ground.”

Moffatt earned an associate’s degree at Palomar before going on to earn his bachelor’s in kinesiology at Ouachita Baptist University in Arkansas in 2014.

Today, Moffatt is pursuing a M.S. in Physical Education from Azusa Pacific University. He hopes to teach physical education while he continues coaching.

“Coming out of high school and into Palomar, I really wanted to work with athletes,” he recalled. “Athletic training fascinated me—taking an athlete who was injured or needed rehab and getting them back to where they were playing. After taking some classes, I realized, why not help healthy athletes reach their potential? So I shifted to wanting to become a teacher and a coach, specifically focusing on aquatic sports.”

As head coach of the men’s water polo team, coming into the 2017 season, he set a goal of winning the conference title.

“We were a little freshmen-heavy this year,” he said, “so our goal was to just get back to where we were last year. At first, that looked like a tough task, but as the team developed and we went through the season, we started getting more traction.

“At this point, I’ve just been reflecting on our season—what our strengths were, where we could improve,” he added. “We want to compete to our highest ability, and pursue excellence in the classroom and in the pool.”