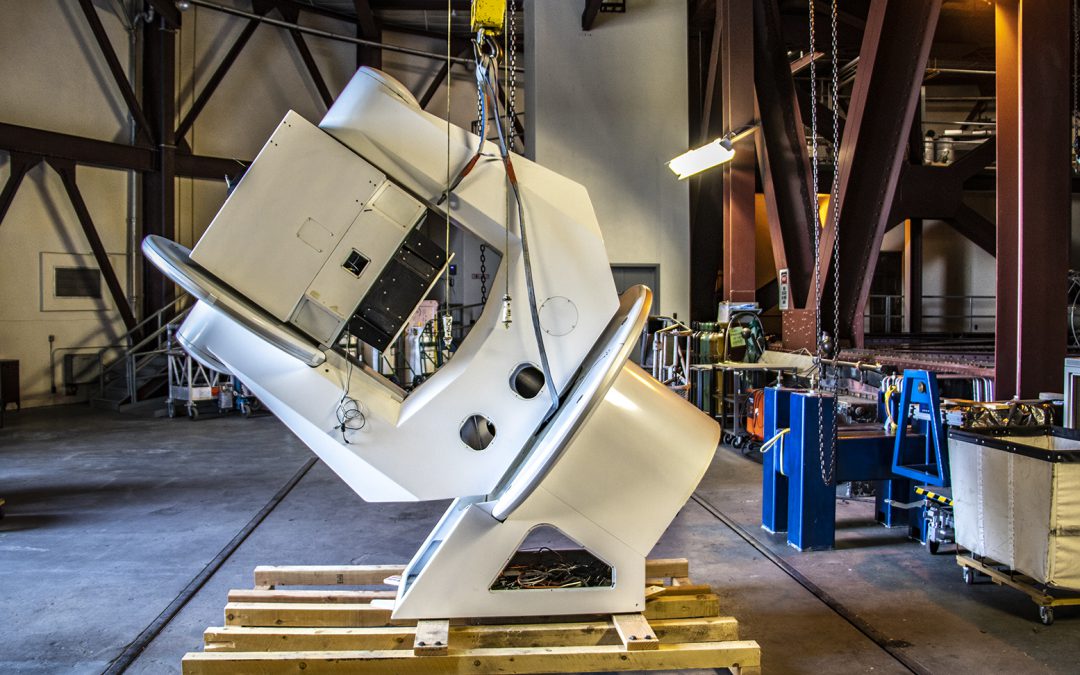 Palomar College took delivery of a 24-inch telescope donated by the Palomar Observatory in late August.

SAN MARCOS — The call came in late 2019: The storied Palomar Observatory was getting rid of an auxiliary telescope with a 24 inch mirror; would Palomar College be interested in bringing it to campus?

Fully assembled, the instrument stands 15 feet tall, but despite its imposing size, the offer from Caltech’s research facility on top of Palomar Mountain was too good to pass up.

“It’s a perfectly fine telescope, but the dome it was in at the observatory was going to be used for a different project,” explained Mark Lane, Professor of Astronomy and Director of the Palomar College Planetarium. “It’s bigger than anything you’d find in somebody’s backyard. It’s a research-level telescope, and we’ll be able to get good use out of it. All we had to do was go and get it.”

On Thursday, Aug. 27, the telescope and its associated machinery were loaded on a flatbed truck and transported to the main campus. Lane said it was an exciting day for the astronomy program at Palomar, and the next step will be to determine a proper location on campus for the telescope.

“We’re grateful for this generous donation from Caltech and Palomar Observatory that will add so much value to our astronomy program in the years to come,” said Interim Superintendent/President Dr. Jack Kahn.

Astronomy has played an important part in the history of Palomar College, from its Comets namesake to the planetarium that hosts popular Friday night screenings and, on clear nights, telescope viewings from the adjacent courtyard.

Academically, astronomy falls under the Department of Earth, Space, & Environmental Sciences at Palomar.

In previous decades, the college maintained “a couple of old telescopes” on top of the now-demolished Earth Sciences building, Lane said, but they were not nearly as powerful or advanced as the Caltech instrument.

“For Palomar College, we have never had anything of this size,” said Lane. “This puts us in our own category, in terms of what we will be able to do with this telescope—community colleges do not usually have telescopes that are capable of doing research.”

Obviously, Lane said, “A bigger telescope will allow us to see deeper into the universe, and to see greater detail in the things we’re looking at. The reality check is that we’re in the city of san Marcos, so this telescope is no longer going to be sitting on top of Palomar Mountain, with its nice, clear skies. There’s still quite a bit we can do with it, though.” 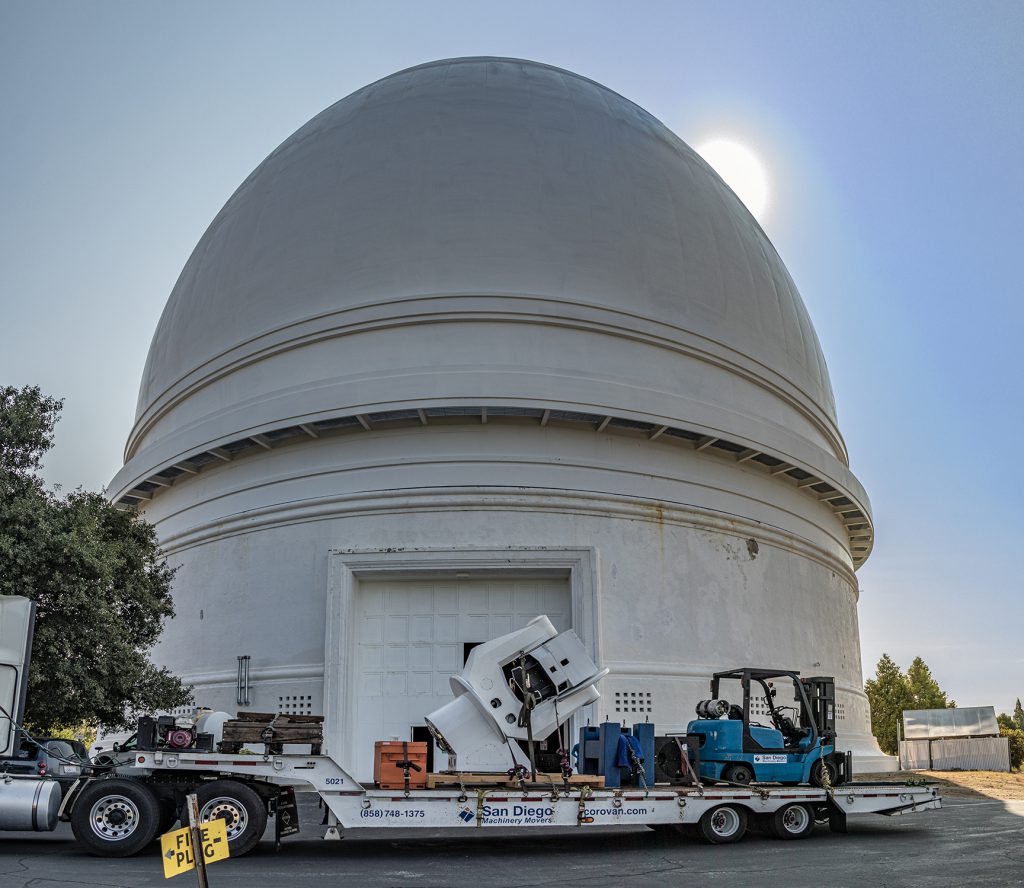 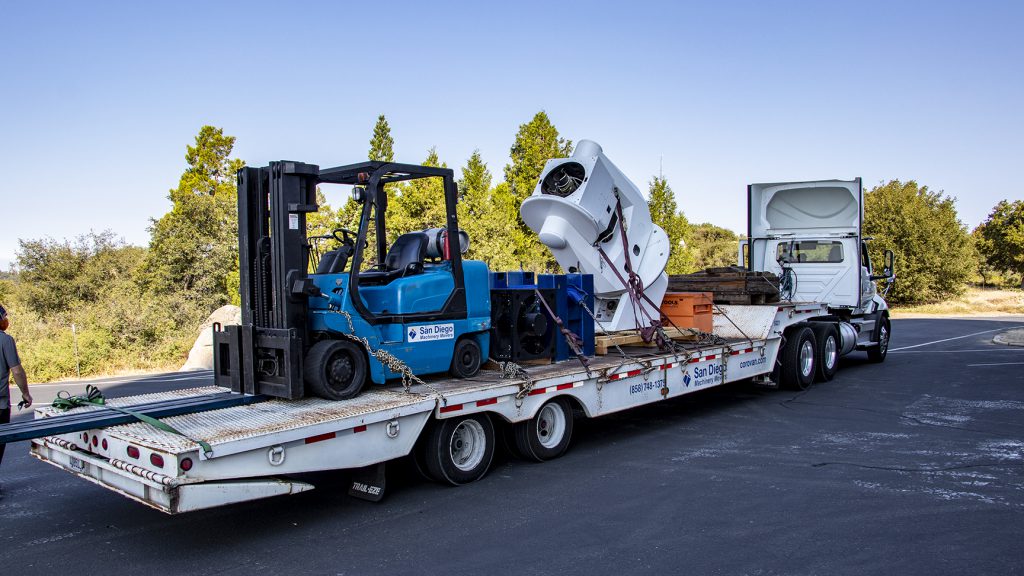