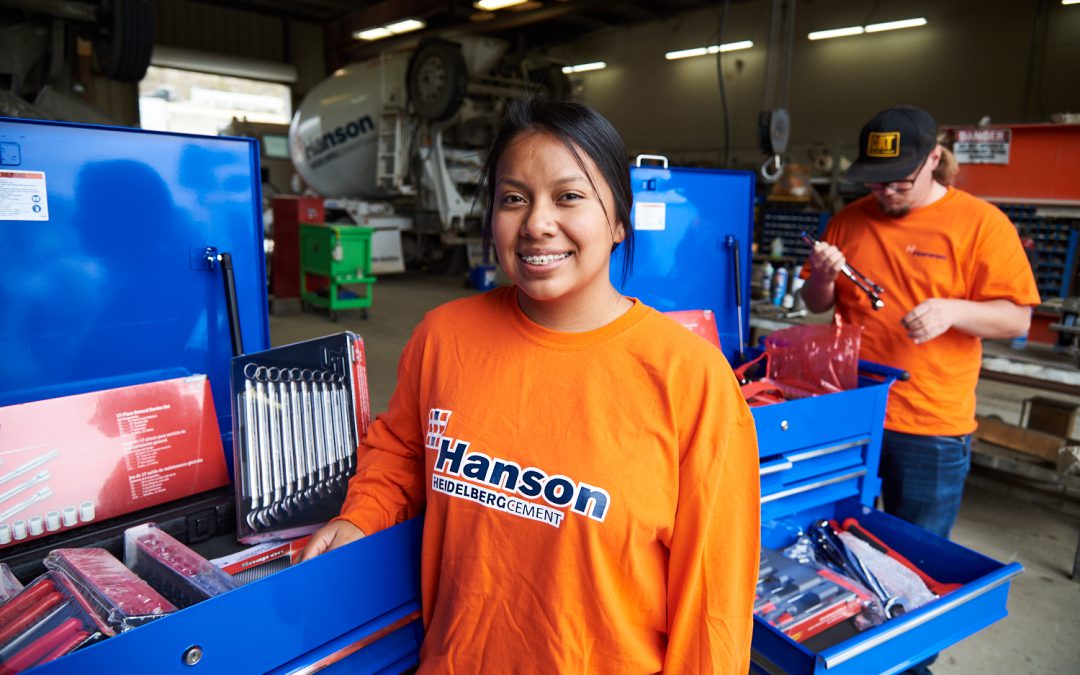 The two trainees at Hanson Aggregates in San Diego each received a set of tools valued at $3,900 as part of a partnership between Palomar College and Project Cornerstone.

The two students from Palomar College’s Diesel Technology program were recently hired as part of a joint venture by Project Cornerstone, a local nonprofit, and the college. To help facilitate this program, Snap-On Tools contributed by providing the tools at a significant discount to Project Cornerstone.

“This is a huge leg up, in terms of getting a start,” said Schwinkendorf, 22, who lives in Rancho Bernardo and will graduate from Palomar’s Diesel Technology program later this year. “This is your foundation.”

Martinez, 23, lives in Valley Center and comes from a family of truck drivers. When she started at Hanson on June 7, she became the first female diesel mechanic at the company’s Miramar plant.

“Hanson delivers concrete that helps build our community,” she said. “Working in this field is really exciting, and I’m really grateful.”

In the field of diesel mechanics, as in other careers, it’s customary for workers to own the tools that they use on the job. But for those who are just starting out, the cost can be a serious barrier to entry in the job market.

“We have these journeyman mechanics who have been here for 20 or 30 years—they’re great employees, they’ve spent their careers here, but they’re all retiring,” said Hanson Human Resources Manager Tricia Reedy. “And I can’t find anybody to fill their spots. So we need to get these younger people in, get them trained, and then keep it going—mechanics, drivers, equipment operators.” 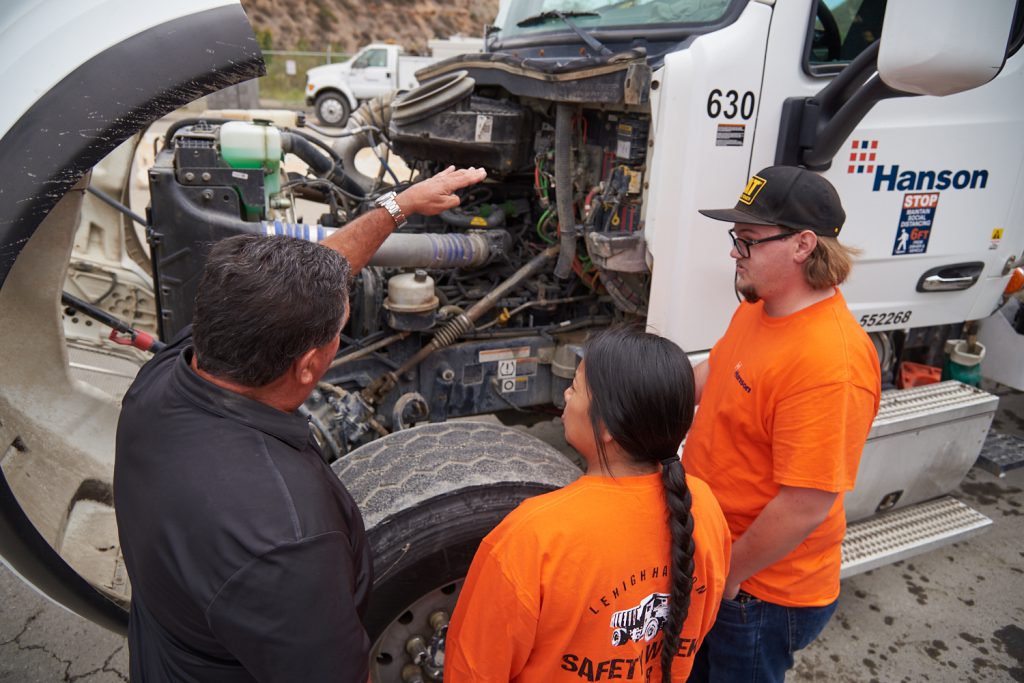 “We are very fortunate to have this partnership and to work with great companies like Hanson to provide our students with an opportunity to take what they learn at Palomar into their chosen field,” said Dr. Jack Kahn, Interim Superintendent/President of Palomar College.

At its sprawling concrete plant less than a mile south of the runway at Marine Corps Air Station Miramar, Hanson operates two major diesel mechanic shops—one to maintain the on-site heavy machinery, and one to maintain the fleet of cement mixers and support vehicles that use public roads.

Mike Charest, Hanson’s On-Road Fleet Maintenance Manager, said finding any mechanics in the current job market is difficult—and so many current mechanics are approaching retirement that it feels like they’re “starting from scratch.”

“I started out just like them,” said Charest, gesturing to Schwinkendorf and Martinez. “I went to mechanic’s school, graduated, got a job just like they’re doing—green as can be—and spent most of my life working here.”

He described the job stability and camaraderie that he’s experienced during his nearly four decades working as a mechanic and supervisor at the concrete plant.

The two Palomar students, who will now be in training at Hanson for up to two years, seemed to know what a good opportunity it was.

“Everyone here is super cool, everyone has tons of experience,” said Schwinkendorf. “These guys are a wealth of knowledge, so I’m excited to learn from all of them. I’ve always been a hands-on type of guy, and I found out by studying at Palomar that I really like this kind of work.”

“We want to keep our communities going,” added Martinez. “I’m really grateful for this opportunity. Even though women aren’t seen much in this field, I hope I’ll be able to inspire other women who might not feel capable.” 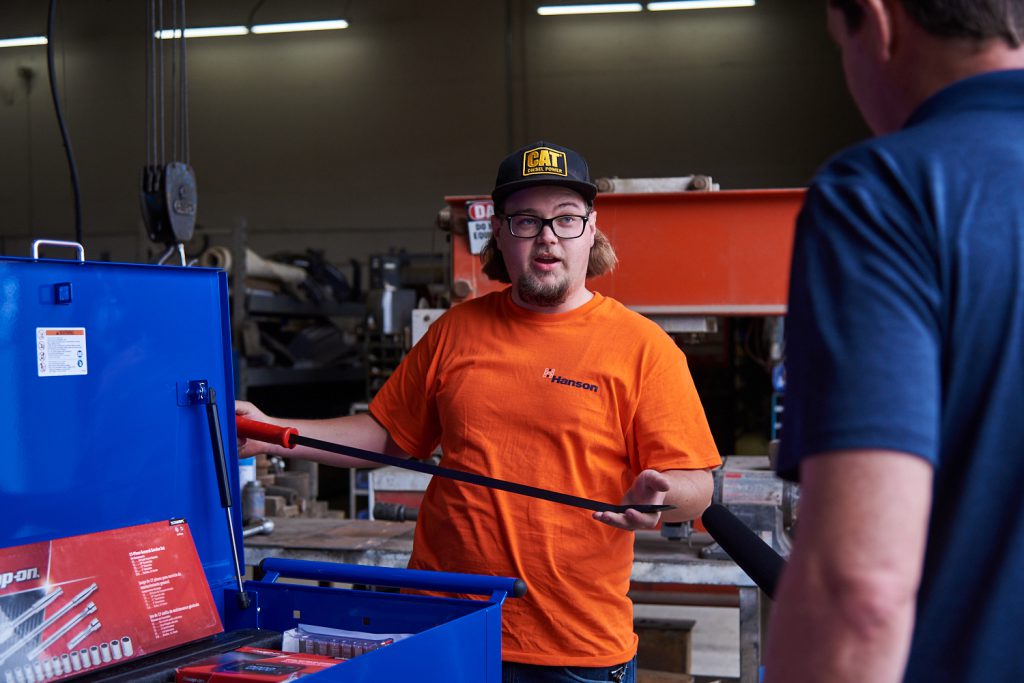 Jack Schwinkendorf, who has studied at Palomar College for four years and will graduate this fall, examines his new tool set on the job site.