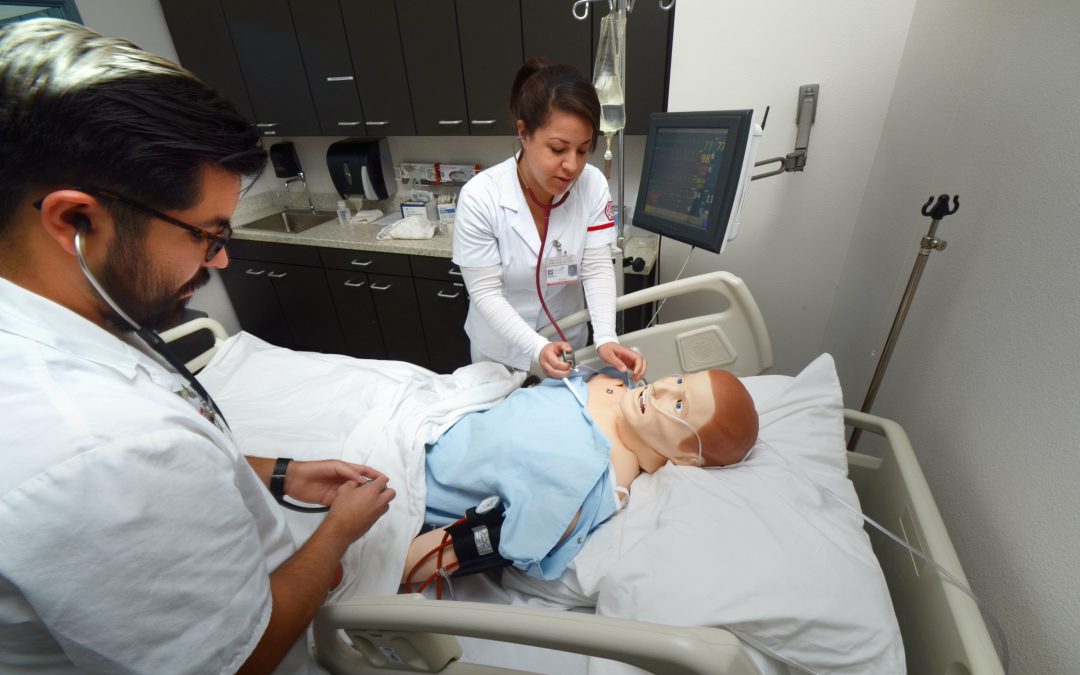 Those who attend the free community event at Palomar College will hear from the leader of the Latino Coalition for a Healthy California, based in Sacramento.

SAN MARCOS — When the doors open for this semester’s Tarde de Familia gathering on Friday, Sept. 29, students who may never have considered a career in health care will hear directly from two professionals working in the field.

The biannual series, conducted in Spanish, gives families from around North County the opportunity to learn more about a potential career path while connecting with resources to help students get started in college.

“A lot of times, Latino students don’t see their reflection in many professions, so we bring in Latino professionals to talk to our students and their families,” said event organizer Carmelino Cruz, an ESL Matriculation Coordinator at Palomar.

This time around, the featured speakers are Jeffrey Reynoso, who leads the Latino Coalition for a Healthy California in Sacramento, and Kaiser Permanente Labor and Delivery Nurse Iliana Martinez.

Cruz said the event will paint a picture of health care as a broad field with many potential careers: “When we talk about health care, it’s not just a doctor and a nurse—there are different career paths,” he said.

For example, after one year of studying at Palomar, “You could become a dental assistant,” Cruz said. “You don’t necessarily need to think of becoming a doctor, but if that’s what you want to do, there’s support. There are resources that the student can use to help them succeed.”

Meanwhile, he added, “There is a huge need for bilingual health care providers in California.”

Fabiola Hernandez, who graduated from Palomar earlier this year and is now studying Sociology at California State University, San Marcos (CSUSM), said that her involvement in Tarde de Familia helped solidify her goals.

“I came to Palomar College and I honestly didn’t know what to major in,” Hernandez recalled. “It wasn’t until I started getting involved with student clubs and Tarde de Familia that I understood I wanted to pursue education.”

She said she has seen students who first arrived at Palomar during Tarde de Familia go on to begin their college career through the connections they made at the event.

“I think it’s not only effective for the students, but also for the family, because students are able to bring their parents, who then hear these professionals talking about their careers and education,” she said.

Serving up a free meal with inspirational and informative messages from a variety of professionals, Tarde de Familia has become a major event at Palomar, drawing several hundred people during the spring and fall semesters.

This semester’s event will be the first time that Tarde de Familia has hosted a presenter from outside of San Diego, with Reynoso traveling all the way from the capital to speak, Cruz said.

The event is also an opportunity for students and their families to network with college staff who can help them get started at the college, as well as outside support organizations.

Hosted by Association of Latinos and Allies for Student Success (ALASS), Tarde de Familia has previously focused on Mental Health, Engineering and Public Safety, among other fields. Cruz said attendance typically runs between 250 and 300 people.

“The big message we’re trying to send is that Palomar College is the community’s—this is their college,” he added. “And we want to show them the options that education can give them.”