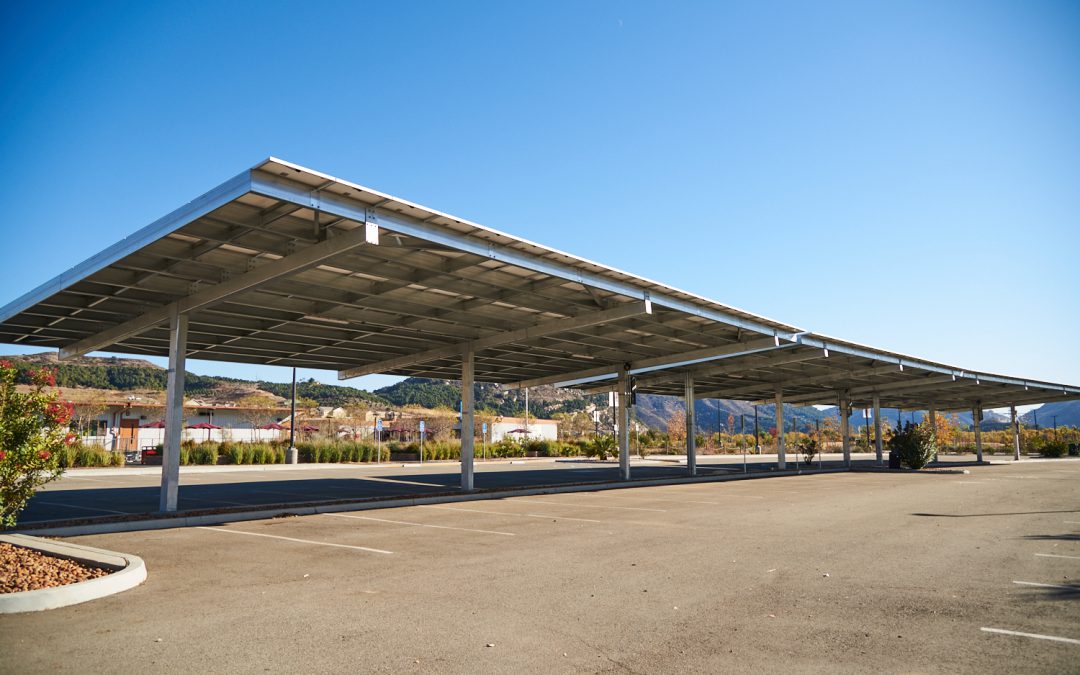 The new photovoltaic system will provide enough electricity to make the center “net-zero,” furthering the district’s commitment to sustainability and reducing energy costs.

The array was installed on steel canopy structures in the parking lot adjacent to the “Modular Village” of existing buildings. Designed to eventually produce 161 kilowatts (kW) of electricity, it is currently providing 146 kW—enough to power the center’s entire energy footprint during normal operations.

“As a regional leader in sustainability, Palomar College continues to pursue the vision of energy-efficient campuses,” said Interim Superintendent/President Dr. Jack Kahn. “The Fallbrook center will remain an important location for thousands of students who commute from Fallbrook and the Temecula Valley, and now it’s entirely self-sufficient, in terms of energy.”

Dennis Astl, Manager of Construction & Facilities Planning, said construction began on the system in the late spring of 2020, less than two years after the center was opened for its first classes.

“We’re going to be able to add a lot more solar energy to the Fallbrook site in the future, and we’ll do that as new buildings are built and come online,” said Astl, adding that the Facilities team was recently directed by the Governing Board to begin planning a permanent, 40,000 square-foot building on the property.

This latest development at the Fallbrook Education Center follows the activation, in July, of a 442 kW solar array atop the parking structure at Palomar’s main campus.

Besides generating electricity, Astl said, the new structure will provide cover and shade for student and staff vehicles parked outside the Fallbrook center.

The next step in reducing the center’s reliance on imported resources is a groundwater well that Astl said will be going out to bid in January 2020.

“That will drastically reduce our water bill, because this will put all of the irrigation on our own groundwater well,” he said.